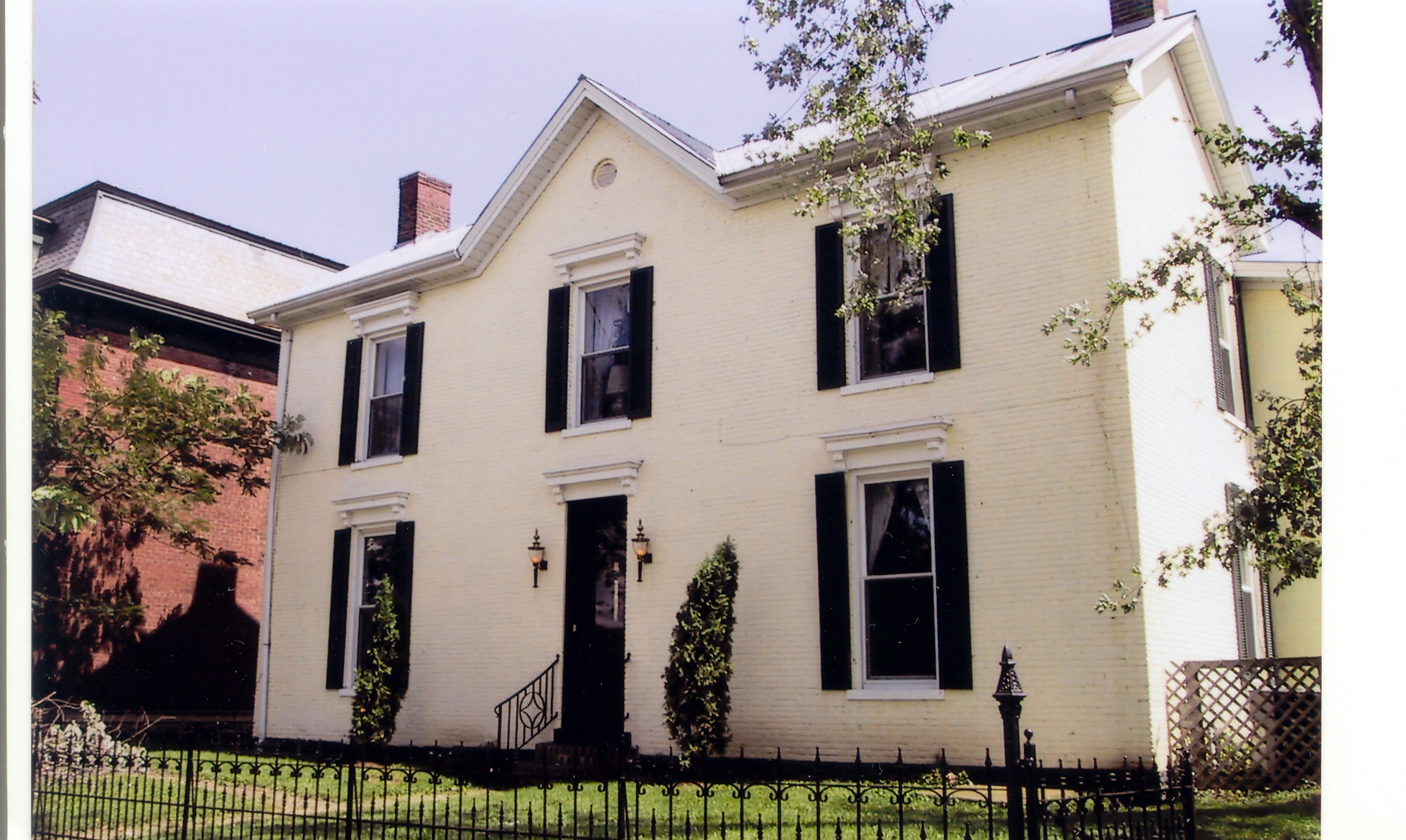 Since 2005, this former home of singer and Hollywood actress Rosemary Clooney has served as a museum that preserves and shares the story of her career. Clooney was born in Maysville, Kentucky on May 23rd, 1928 and performed as a young girl with siblings before striking out on her own in the 1950s. During that decade, she starred in the holiday classic White Christmas and sang such hits as “Come On-a My House” and “Mambo Italiano.” Clooney was married three times, twice to actor José Ferrer, the father of her five children, and once to dancer Dante DiPaolo. She continued to perform in the later years of her life, returning to this home in Augusta whenever she could. Following her death in 2002, family friends converted the home into a museum that includes original furnishings and memorabilia from Clooney's many films, including costumes from White Christmas. The museum also includes items related to Rosemary Clooney's nephew George Clooney. 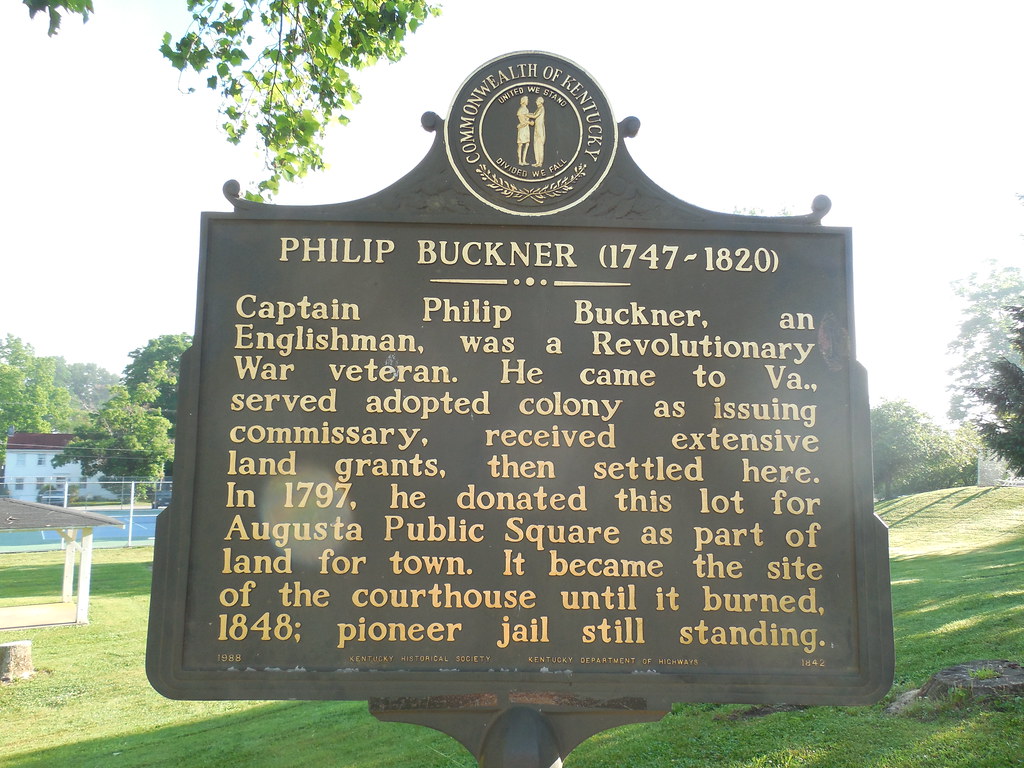 Captain Phillip Buckner was war commissary for Caroline County, Virginia during the Revolutionary War. In exchange for his service, Buckner was granted several thousands acre of land, most of which he later donated. One of these donations included a small plot of land granted to Augusta, Kentucky. The city used it as the site for their new courthouse and jail, the latter of which was completed in 1811. The jail was of notable historical significance for its connection to the Underground Railroad. The area around the jail was a popular crossing point, and sometimes escaped slaves who fled their unjust conditions were imprisoned in the jail and later transported back to the south if they were caught. 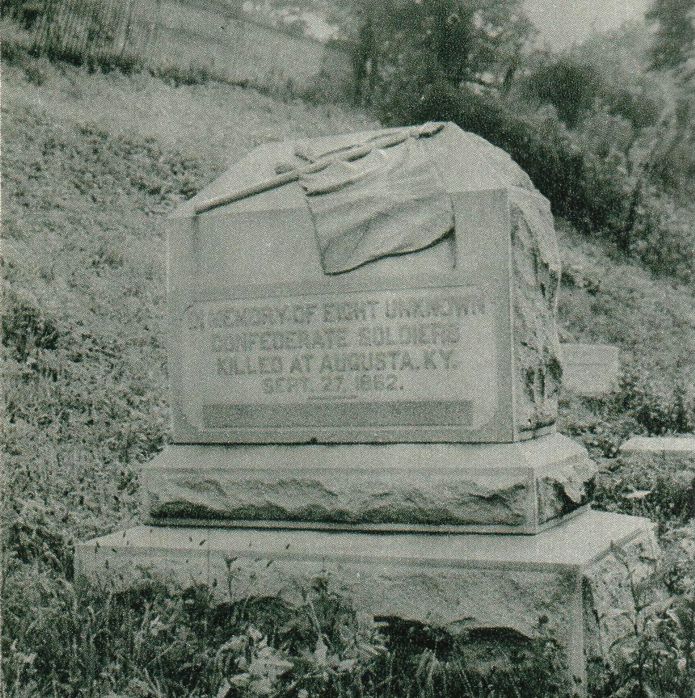 Dedicated in 1903 by United Confederate Veterans, this monument denotes the approximate final resting place of eight unknown Confederate soldiers who perished in a skirmish with Home Guards who defended Augusta from a Confederate raid. The raid occurred when Confederate raiders attempted to capture Augusta on September 27, 1862 as part of a larger campaign intended to delay a Union advance into the South by capturing or threatening cities in eastern Kentucky and southern Ohio. Upon learning that the six thousand Union soldiers that controlled this section of the Kentucky-Ohio line had left the area, 350 Confederate raiders attacked the city, burned homes, and stole property as part of an effort to force the Union to garrison the region. Much to the surprise of the larger Confederate force, the residents of the city together with about a hundred older men who composed the Home Guard turned back the 350 Confederate soldiers with heavy losses. Thirty-five Confederate soldiers perished in battle. This monument commemorates the eight unknown Confederates who died near this marker.

The Battle of Augusta was a Civil War battle fought on September 27, 1862 in Augusta, Kentucky, a small town in Bracken County. The battle was fought between a group of Confederate troops, led by Colonel Basil Duke, and members of the Augusta militia. Duke arrived in Augusta with the attention of driving off Union militiamen and troops before then crossing the Ohio River into Cincinnati and successfully taking the war onto Northern territory. Not wanting their town to be under the control of outside forces, however, the town of Augusta fought back, wounding and killing a plethora of Duke's men. Although the militia was eventually forced to surrender, Duke's forces were greatly weakened and were unable to continue their plan, thus keeping the Confederate invasion contained to Kentucky.

5. The Baker-Bird Winery and Vineyard

The Baker-Bird Winery and Vineyard was constructed in the early 1850s by Abraham Baker. Baker was a German immigrant who, along with a large influx of his fellow Germans, arrived in Augusta, Kentucky at the beginning of the 1850s after traveling by boat along the Ohio River. Baker and his peers had operated lucrative wineries back in Germany, and sought to achieve the same success in the United States. Baker's business was built along Augusta-Chatham Road just off of West 2nd Street in Augusta, and is a brick and limestone building which is still standing today. Baker and his peers are credited with starting the Ohio Valley wine industry, with over half of all wine consumed in the United States during the 1850s-70s coming from Augusta, Kentucky. In 1974, Baker's winery was recognized by the National Register of Historic Places.