Madonna of the Trail (Vandalia, IL)

Madonna of the Trail, Vandalia, Illinois. Photo by Cynthia Prescott. 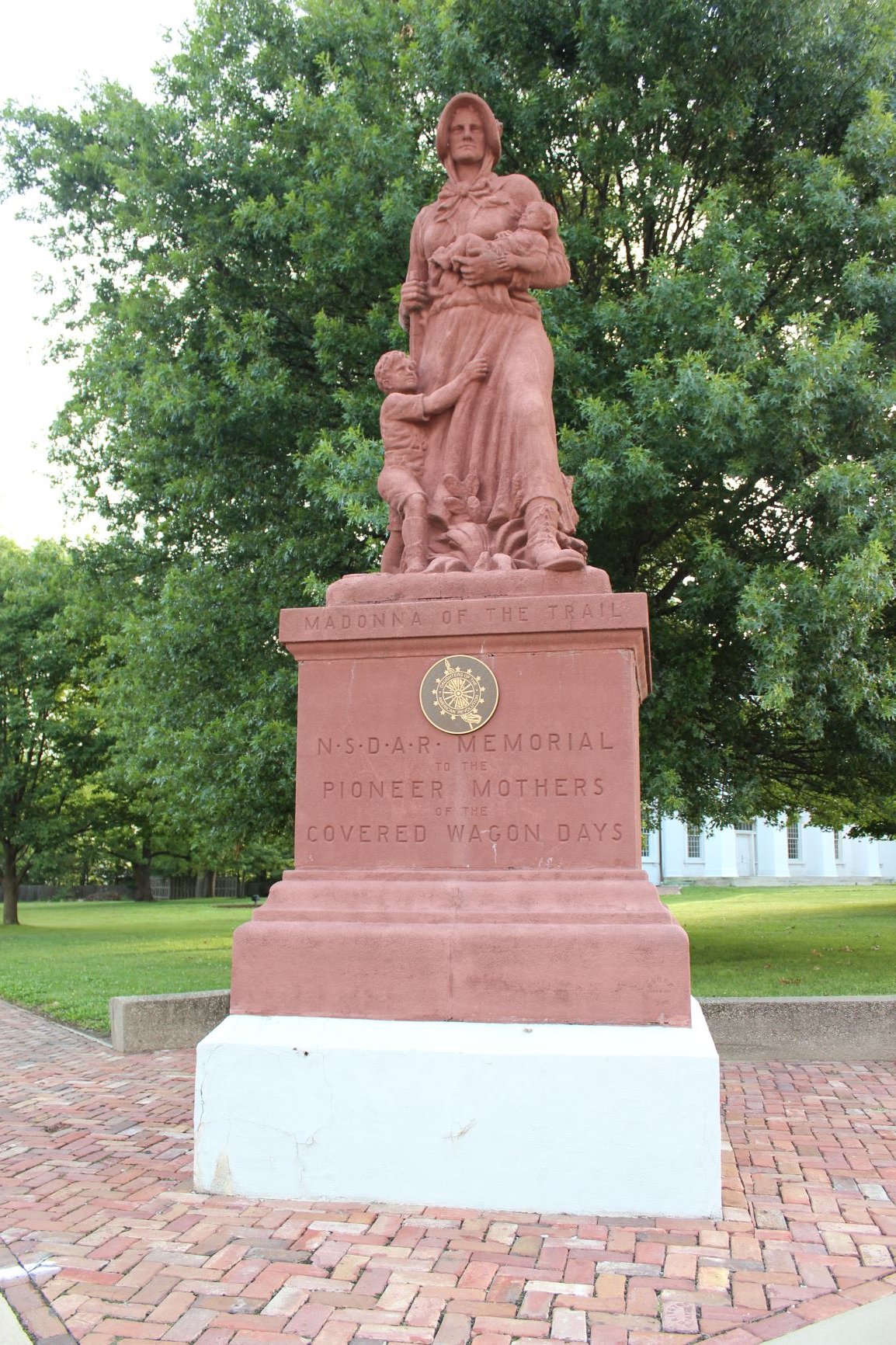 Madonna of the Trail plaque. Photo by Cynthia Prescott. 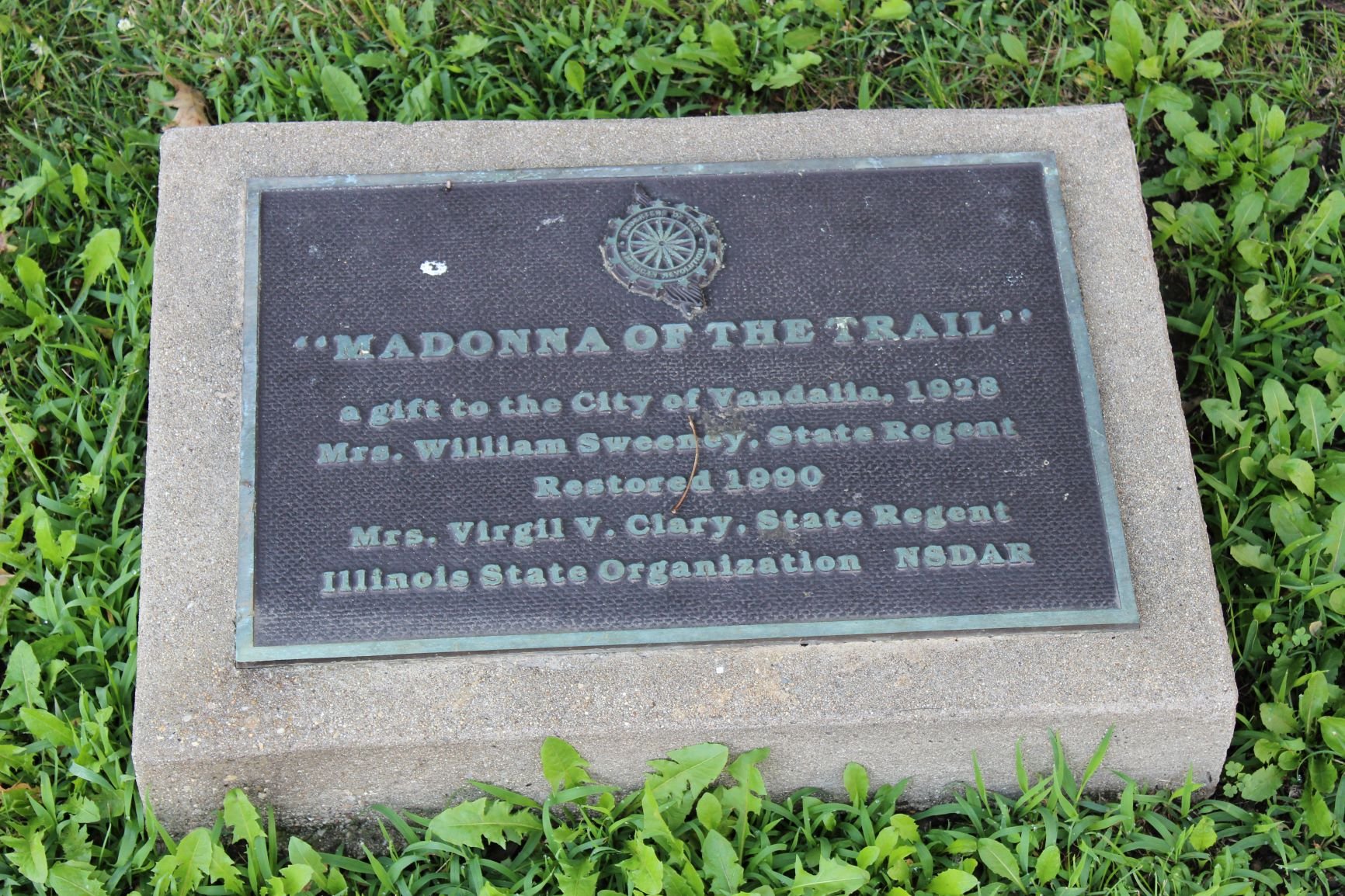 Madonna of the Trail monument base. Photo by Cynthia Prescott. 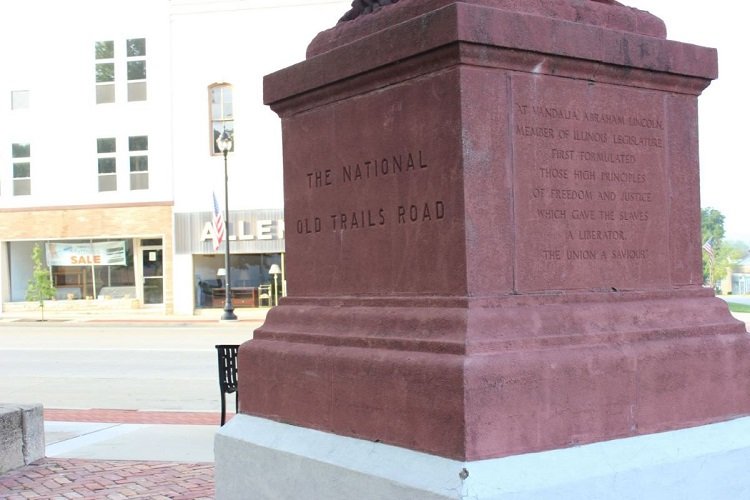 The statues were cast from algonite (a form of cast stone produced from a mixture of crushed marble, Missouri granite, stone, cement and lead ore) at the cost of $1,000 per statue. The statues were placed along key white migration routes, such as the early-19th-century National Road (later U.S. Route 40) and Santa Fe Trail (later the infamous Route 66). But the precise location of the monument within each state was selected based on both the site’s historical significance and the influence of local DAR and National Old Trails Association chapters.

Vandalia was selected to receive the Illinois Madonna because the town was the state capitol from 1820-1839. It was also the end of the old National Road.

When construction of the National Road (also known as Cumberland Trail) began in 1811, the federal government intended for it to reach from Cumberland, Maryland, to St. Louis, Missouri. By 1836 it had reached the Illinois state capitol at Vandalia. But federal funding ended before the road was completed. Illinois officials preferred a route that would connect Vandalia to the Mississippi River at Alton, and further construction got bogged down in debate. By the time the federal government formally transferred control of the Illinois section of the road to that state in 1856, the state had turned its attention to canals and railroads. Vandalia remained the terminus of the now neglected National Road.

Bartlett, Helen. "The Madonna of the Trail." Daughters of the American Revolution Magazine 103 (1969),.