Madonna of the Trail (Springfield, OH) 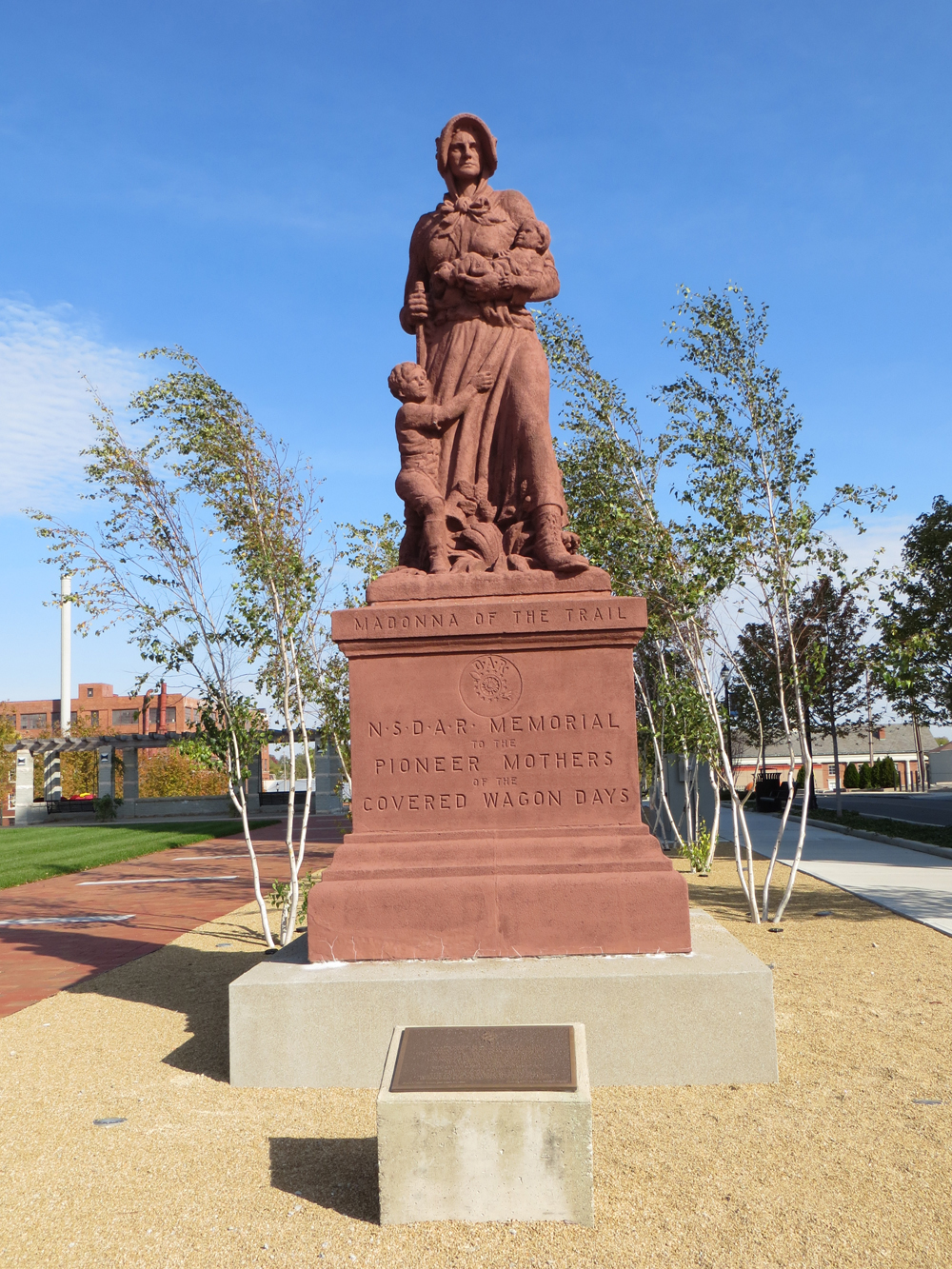 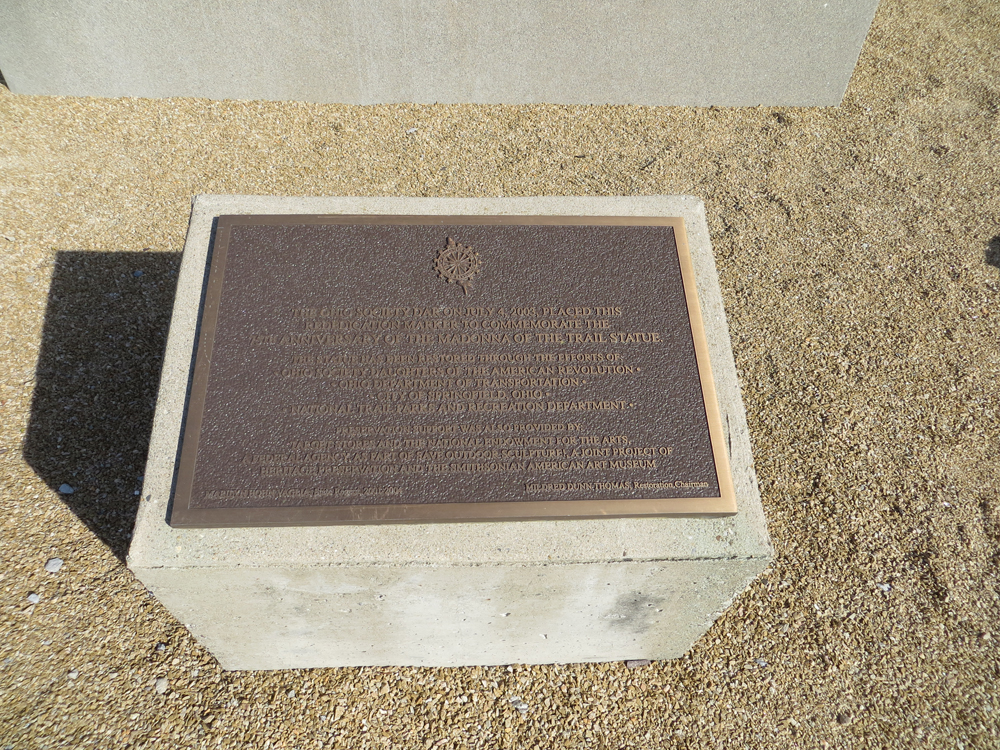 Madonna of the Trail featured on National Road Commons banner 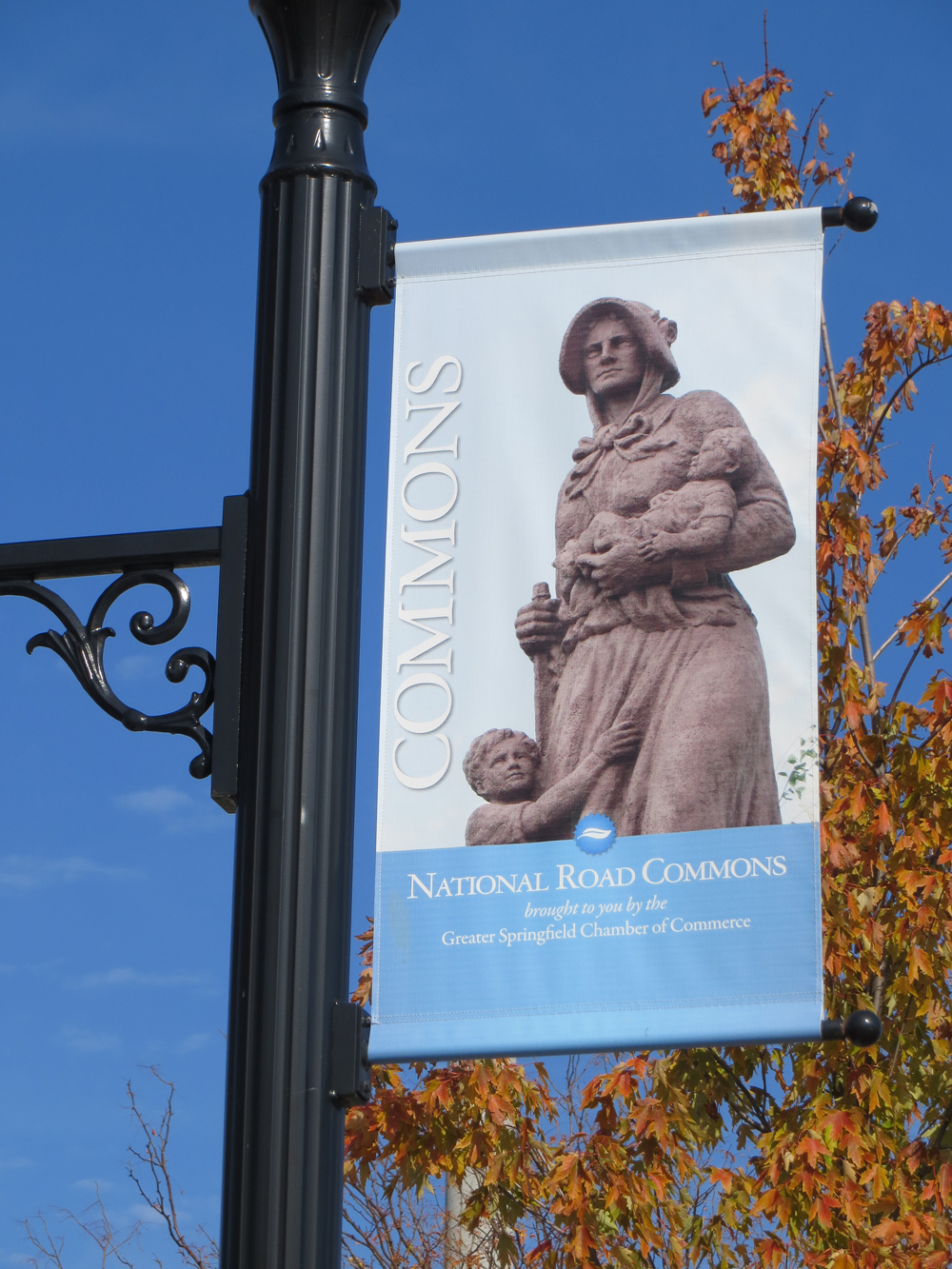 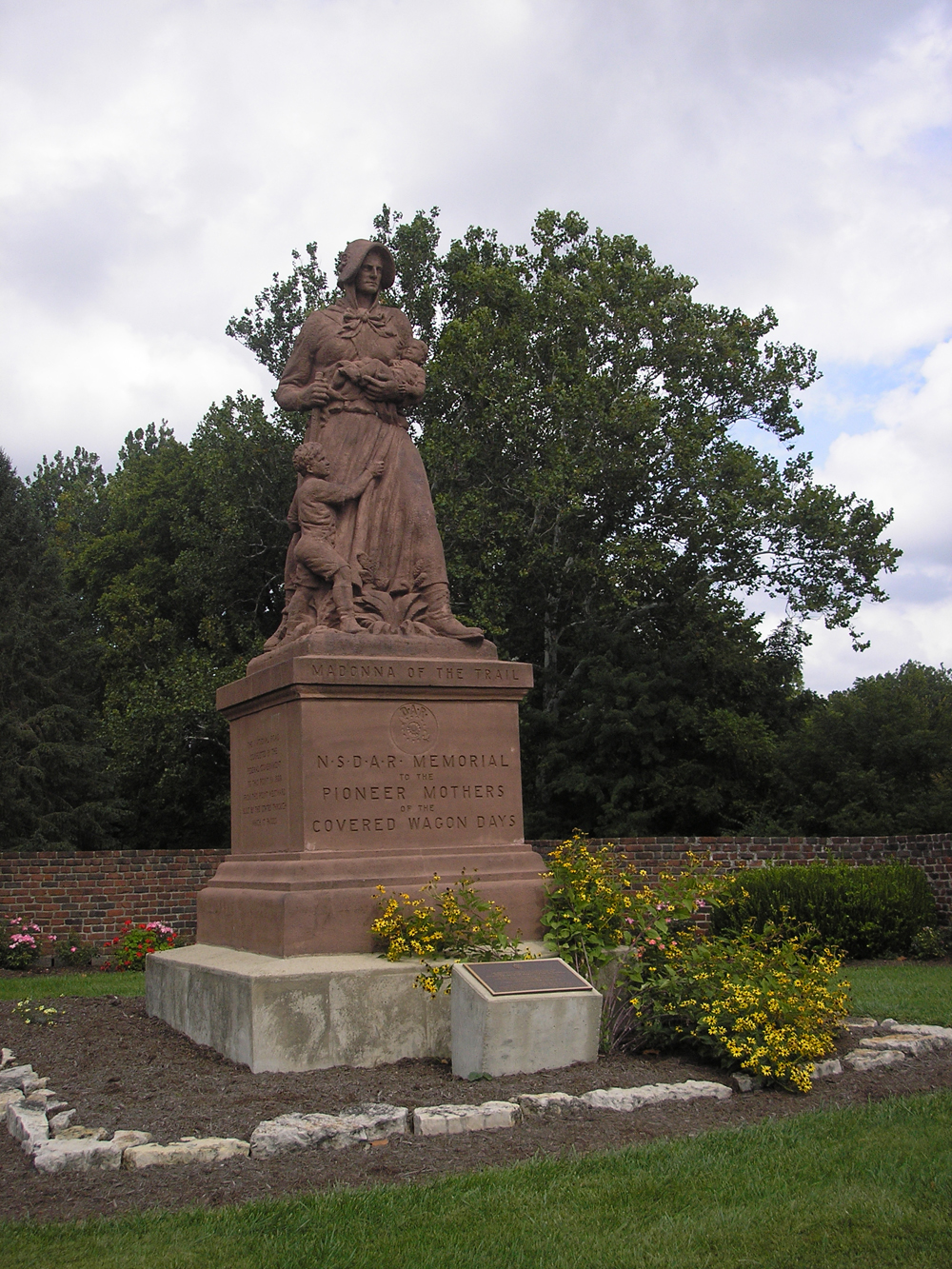 One Madonna of the Trail statue was erected in each of the states through which the National Old Trails Road passed. The statues were cast from algonite (a form of cast stone produced from a mixture of crushed marble, Missouri granite, stone, cement and lead ore) at the cost of $1,000 per statue.  The statues were placed along key white migration routes, such as the early-19th-century National Road (later U.S. Route 40) and Santa Fe Trail (later the infamous Route 66). But the precise location of the monument within each state was selected based on both the site’s historical significance and the influence of local DAR chapters.

The Springfield, Ohio, location was chosen to emphasize the importance of the old National Road (later U.S. Route 40), which was built between 1811 and 1834 to connect trans-Appalachian settlements to the eastern United States. The toll road reached from Cumberland, Maryland, to the Ohio River. Text on its base also highlights General George Rogers Clark’s nearby defeat of the Shawnee Confederacy in 1780, which helped open the Northwest Territory to white settlement.

Nearly a century has passed since these statues were first erected across the United States.  The Springfield, Ohio, Madonna has been moved twice. In 1956 the statue was moved aside 1/4 mile to make space for a new highway interchange. Then in 2011 it was moved again, this time 2 miles east into the city center, where it became the centerpiece of a new downtown connector park, National Road Commons.