Madonna of the Trail (New Mexico)

This statue is one of the 12 Madonna of the Trail statues located in the 12 states that made up the National Old Trails Road. These statues are dedicated to pioneer women in American History and migration. Between 1928-1929, these statues were commissioned and erected by the National Society of Daughter of the American Revolution. This statue was erected on September 27, 1928, making it the sixth one established. The statues were built by famous sculptor, August Leimbach, and they were made out granite and algonite. The statue underwent several repairs and a deep cleaning in 1996, and after its renovations, it was relocated approximately 100 ft. away from its old location due to the construction of a new Federal courthouse on the block. The monument was reeducated at its new site on September 27, 1998. This statue and the other Madonnas of the Trail are still available for public viewing, and community groups in each state are watchful for the conditions and security of each Madonna statue.

The Stoic Madonna of the Trail in Albuquerque 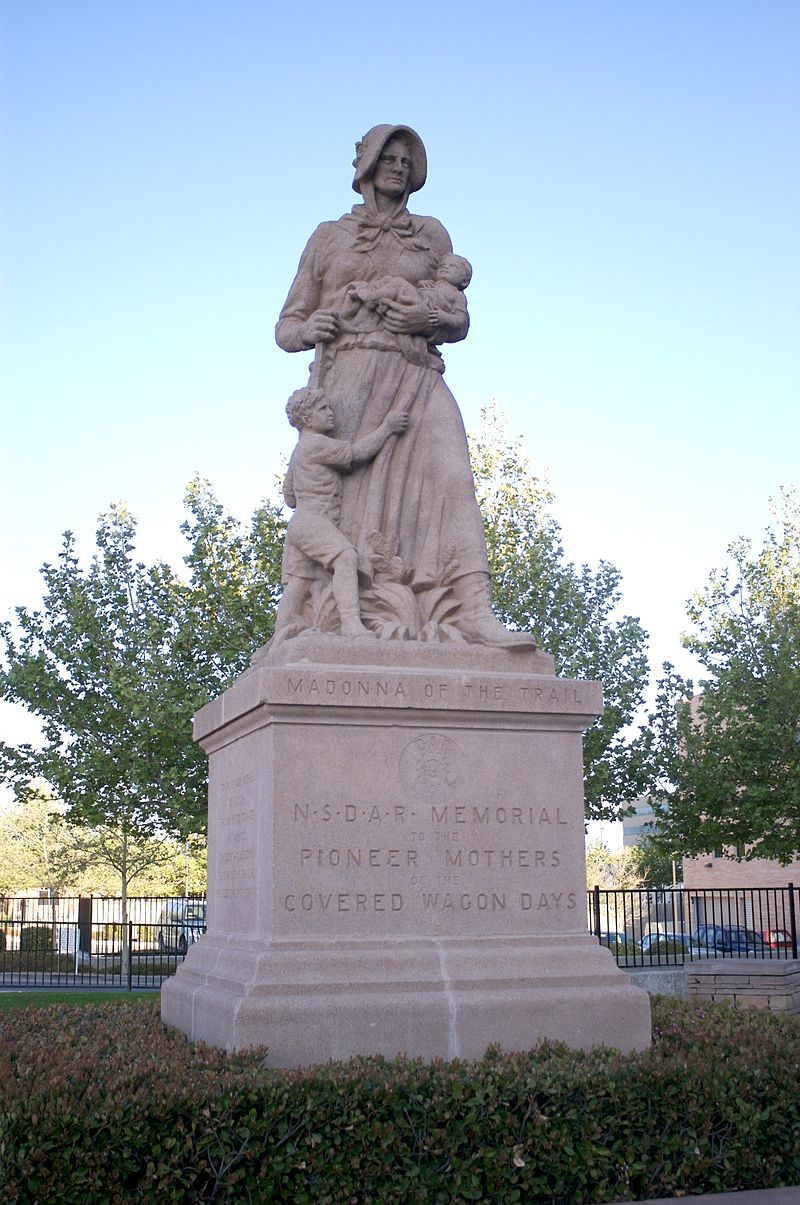 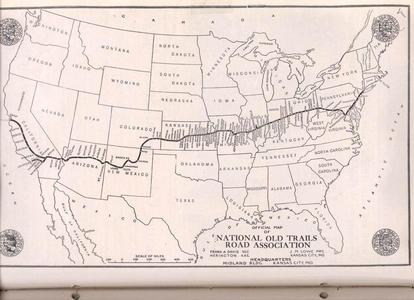 The Madonna of the Trail is a series of 12 monuments dedicated to the spirit of pioneer women in the United States. The monuments were commissioned by the National Society of Daughters of the American Revolution (NSDAR). The monuments were installed in each of the 12 states along the National Old Trails Road, which extended from Cumberland, Maryland, to Upland, California. Created by sculptor, August Leimbach and funded by contributions, the Madonna of the Trail monuments were intended to provide a symbol of the courage and faith of pioneer women whose strength and love aided in conquering the wilderness and establishing permanent homes. Dedicated in 1928-1929, the 12 statues became sources of local pride. Through the continuing efforts of local and national groups, all monuments are currently in good condition and on display.

The other 11 Madonna of the Trail statues are located in:

Located at the central square in Albuquerque, New Mexico, this statue was erected in 1928, and it only took one month to construct. Measuring at 18 ft. tall, the granite and algonite statues feature a pioneer woman clasping a baby with her left arm while clutching a rifle with her right. Her young son is clinging to her skirt. The Albuquerque statue was the sixth statue built of the Madonna of the Trail statues. It was originally supposed to be erected in Santa Fe, New Mexico, but the statue would not blend well with the Spanish-style art and architecture of Santa Fe. Also, the National Society Daughters of the American Revolution (NSDAR), who organized the National Old Trails Road Committee to establish National Memorial Highway and the Madonna of the Trail statues, came up with the funds to build the statue before the chapter in Santa Fe.

The committee chair, Judge (and future U.S. president), Harry S. Truman attended at the statue's grand opening to the public. At the time, Truman was the President of the National Old Trails Association. Exactly 44 years later, the statue was rededicated in 1972. However, in 1996, the statue in Albuquerque needed several repairs and deep cleaning. After the statue's renovations were finished, the statue was relocated approximately 100 ft. away from its old location due to the construction of a new Federal courthouse on the block. The monument was reeducated at its new site on September 27, 1998. As of 2005, all 12 monuments are still available for public viewing, and like the one in Albuquerque, some were located short distances away from their original locations due to highway improvements. Many have been refurbished and rededicated since the 1970s. Community groups in each state are watchful for the conditions and security of each Madonna monument.