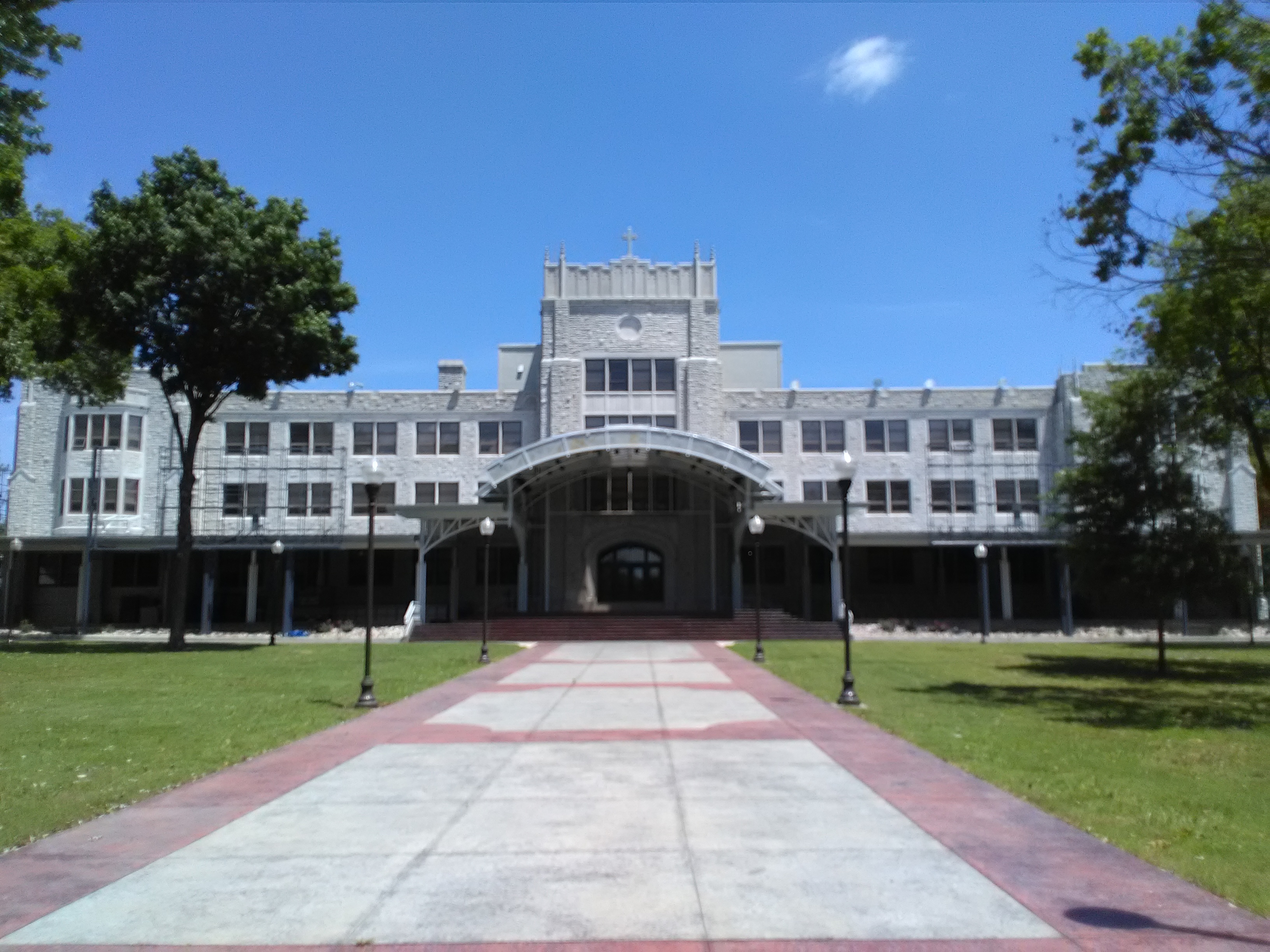 This structure was used in 1924-32 by Ozark Wesleyan College and then by Ozark Junior College in 1934-35. The National Youth Administration Carthage Program for Girls occupied the main administration building during 1936-37 for a New Deal program to prepare girls for college. After being vacant a few years, Our Lady of the Ozarks, a Catholic school for boys, opened in 1944 and expanded the buildings on campus (gymnasium and chapel) until operations ceased in 1971. Today, the Congregation of the Mother of the Redeemer ministers to Vietnamese-American Catholics throughout America and beyond. They have added an auditorium and retirement facility for priests. The congregation is most noted locally for their annual Marian Days Celebration in early August and their Christmas light display that covers most of their property

This home was originally built by W. R. Caulkins who was a tri-state district mine owner, real estate developer and Carthage business man. Among the local businesses he owned was the Sho-to-All movie theater located on South Main Street just south of the Carthage courthouse square. After building this home and living in it for a short period, his son A. L. Caulkins moved into the home for a short period, too. The younger Caulkins was the owner of an early car dealership in town. The Powers family purchased the home and moved into it during 1917. In 1918 Dr. Everett Powers left his family to serve in the U. S. Medical Corps at Camp Dodge near Des Moines, Iowa. Various members of the Powers family lived at this location until 1981 when daughter Marian Powers Winchester passed away and left her estate to establish the Powers Museum that was built at 1617 Oak Street (see Clio entry for museum) and opened to the public in 1988. (Private residence - please respect private property.)

Built by the turn of the 19th century for the Hyde family that established greenhouses on former property to the east, this home now serves Carthage as an arts center through a trust set-up by daughter Katherine (1912 -1989), herself an artist. As artCentral's base of operations, the first floor now houses two galleries and the upstairs bedrooms serve as additional gallery space and provide support functions (art library and office). Consult artCentral's website below or find them on Facebook for current shows, hours and other educational activities. artCentral also supplies mini-displays at other venues in Carthage including the Carthage Public Library (see Clio entry for same).