The Rogers-Bell House stands on land formerly owned by the Joseph W. Robertson family, who resided next door at the old French Legation, Austin's oldest standing, wood structure. Hence, the area is referred to as Robertson Hill. The structure served as the home to Martin E. Rogers and his wife for nearly fifty years, followed by two notable African Americans, Lewis D. Lyons -- informally referred to as the Black Mayor of East Austin, and then Jerry Bell, who worked as the Governor Allan Shivers' chauffeur and houseman. Rogers and Lyons moved in at a time when East Austin grew into a predominantly African American neighborhood. 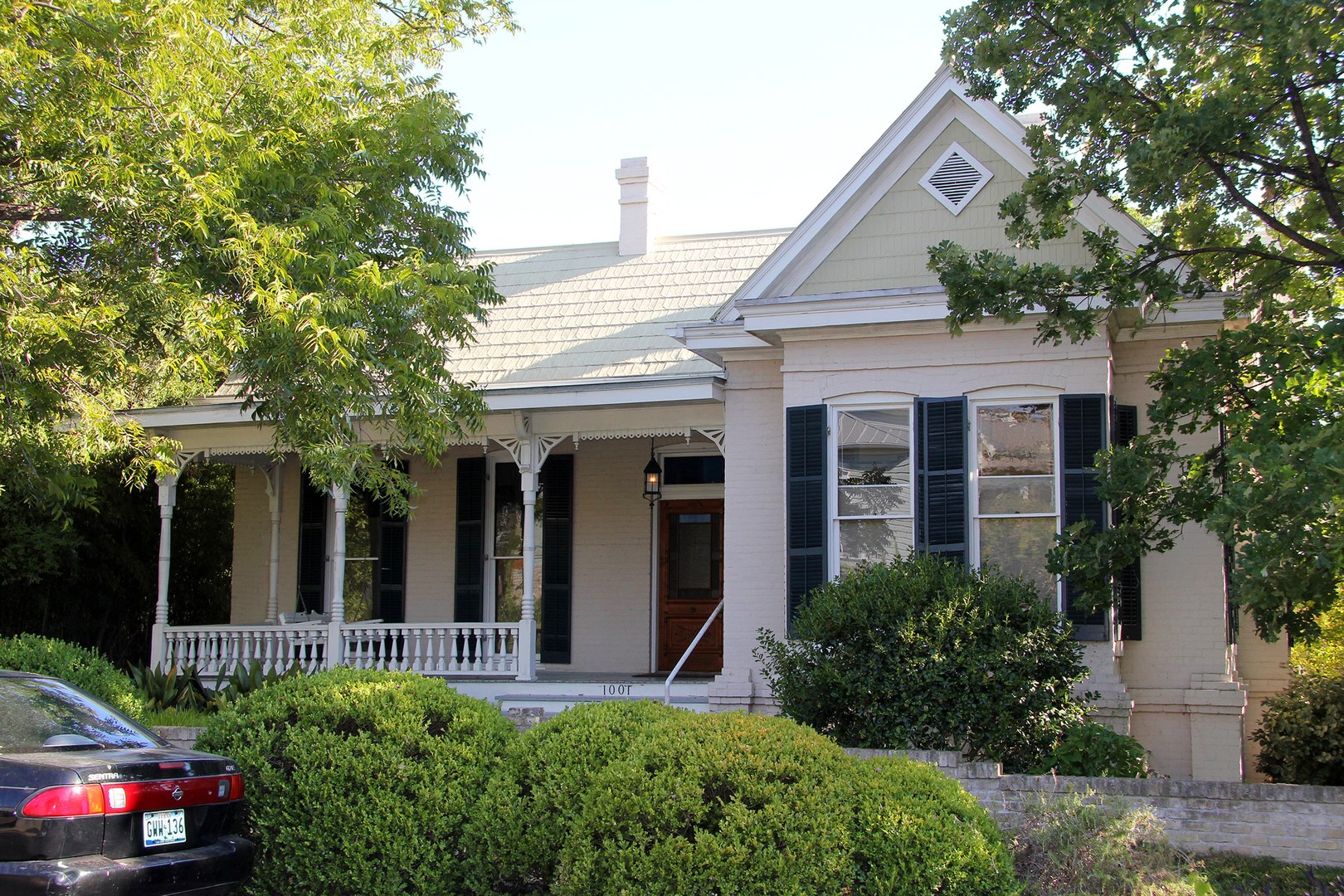 Located adjacent to Austin's oldest standing, wood structure, the French Legation, The Rogers-Bell House stands as an exemplary masonry, Eastlake-style cottage, which differs from the abundance of Victorian architecture nearby.  The house stands on land formerly owned by the Joseph W. Robertson family, who resided next door at the old French Legation. Hence, the area is referred to as Robertson Hill.  The structure served as the home to Martin E. Rogers and his wife for nearly fifty years, followed by Lewis D. Lyons -- informally referred to as the Black Mayor of East Austin, and then Jerry Bell, who worked as the Governor Allan Shivers' chauffeur and houseman.
Martin E. Rogers purchased the land in 1891 and constructed the home on the property in 1893. For a short time during the 1940s,  Lewis D Lyons, one of the city's most influential African Americans (informally referred to as the Black Mayor of East Austin) resided in the house.
Rogers worked as a bridge foreman for the Austin and Northwestern Railroad at the time of buying the house, and he eventually climbed the proverbial ladder and served as Assistant Roadmaster and Superintendent of Buildings and Bridges for the Houston and Texas Central Railroad. Throughout his career, he lived in the home with his wife, Addie Loving Rogers. Both of them remained in the house until Martin passed away in 1942.
In 1943, Lewis D. Lyons purchased the home from Rogers family at a time when eastern Austin evolved into a predominantly African American community. It was one of many major American cities where urban communities grew divided with African Americans moving to one specific section of the city. As one of Austin's most prominent Black citizens and landholders, Lyons owned and operated a grocery store, served as a leader at Wesley Chapel Methodist Church, was a trustee at Samuel Huston College, and worked as the Secretary of the Friend in Need Society of Austin. Mr. Lyons was also the city's only Black bondsman. All his work and accomplishments afforded him the informal title of "Black Mayor of East Austin."  However, he only resided in the home for a short time because he died in 1944.
Lyons' widow, Mattie Ruth, remained in the home and eventually remarried to Jerry Bell in 1951, who moved into the historic home with Mattie Ruth. Bell stayed in the house until 1984 when he moved to a nursing facility. During his time in the house, Bell worked as a chauffeur and houseman for more than thirty years for Allan Shivers, who served as Texas' governor from 1949 to 1957.  During his time as governor, and while Bell served as his paid servant, Shivers opposed the U.S. Supreme Court's 1954 Brown v. Board of Education decision that deemed desegregation unconstitutional. Indeed, Shivers ordered the Texas Rangers in 1956 to prevent Black students from entering the public school in Mansfield, Texas. His administration also endured scandals related to fraud against African American War Veterans.
In sum, to view the house is to peer into several aspects of Austin's history. From its connection to the Robertsons and the French Legation to the deep, yet complicated nature of African American history in Austin, notably at a time when desegregation and the push for Civil Rights grew to become a significant issue in Texas and the nation.

Rothstein, Richard. The Color of Law: A Forgotten History of How Our Government Segregated America. New York: W.W. Norton & Co., 2017.