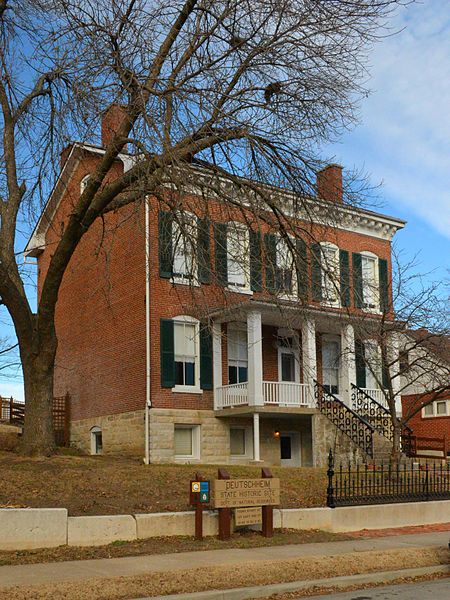 One of the only museums in the US dedicated to German migrants. Visit a significant part of German-American history &ndash; and early Missouri settlement &ndash; at Deutschheim State Historic Site. Stroll through the restored 1840s and 1850s buildings and explore how German-Americans settled the Hermann area and developed the basis for a Missouri wine industry. Grapevines planted in the 1850s can still be seen on the property as can a number of historic artifacts. 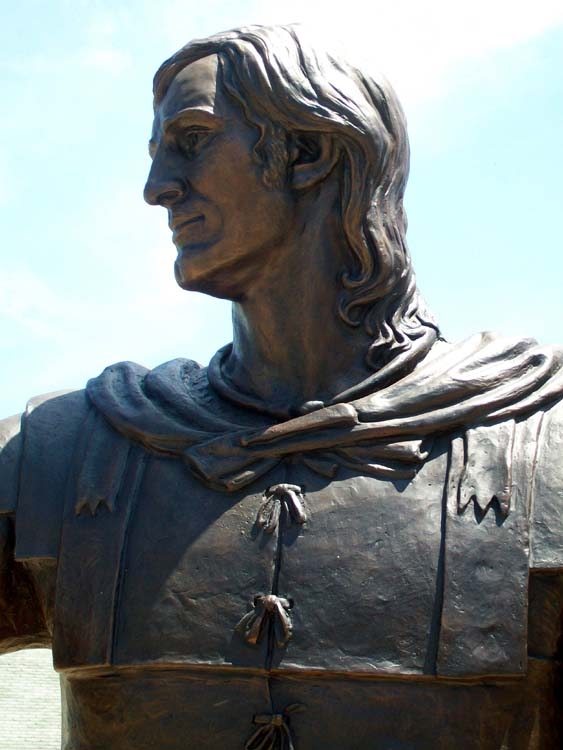 Situated prominently in a median on Market Street, the Hermann Statue depicts the German chieftain Hermann (then known as Arminius), who commanded an alliance of northern European tribes that destroyed a three legion-strong Roman army at the Battle of the Teutoburg Forest in 9 A.D. The battle prevented the Romans from conquering central-northern Europe, which was then known as Magna Germania. Historians consider the battle one of the most consequential in history and one of the worst defeats of the Roman army. To honor his memory and legacy, the German Settlement Society of Philadelphia, which founded Hermann in 1836, decided to name the city after him. The statue was dedicated in 2009 and depicts Hermann standing with his right hand gesturing towards the Missouri River and holding a spear with his left hand. It is located in a small plaza with benches, flag poles, and a historical marker. 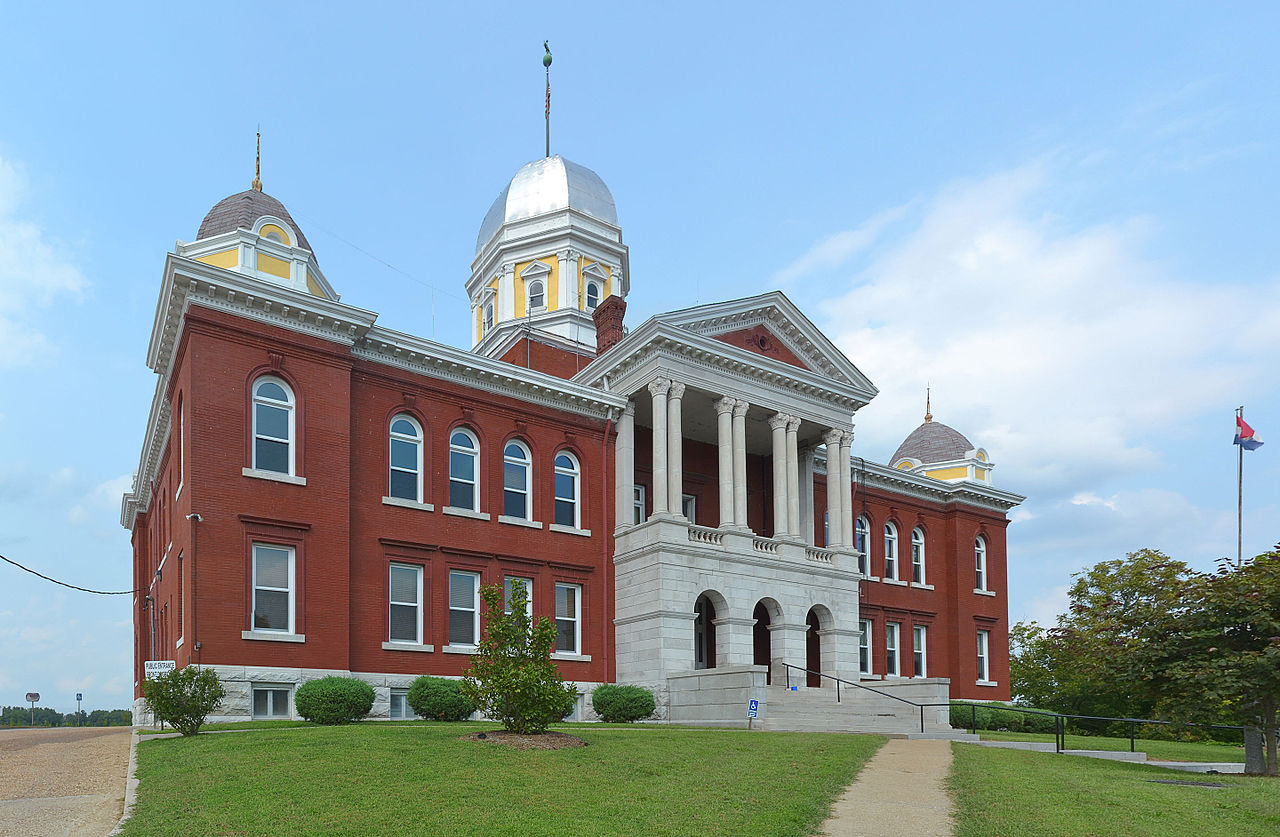 Built in 1898, the historic Gasconade County Courthouse sits prominently on a hill overlooking the Missouri River. The two-story Neo-Classical building features a large central dome and four small ones at each corner of the structure. Other notable features include arched windows, and Corinthian columns. A large limestone staircase leads from the southern side of the building to the 1st Street. Local merchant Charles D. Eitzen left $50,000 in his will for the building. The courthouse is therefore unique in that it is believed to the be only courthouse in the country built using private funds. The courthouse is a contributing property of the Historic Hermann District, which is listed on the National Register of Historic Places. 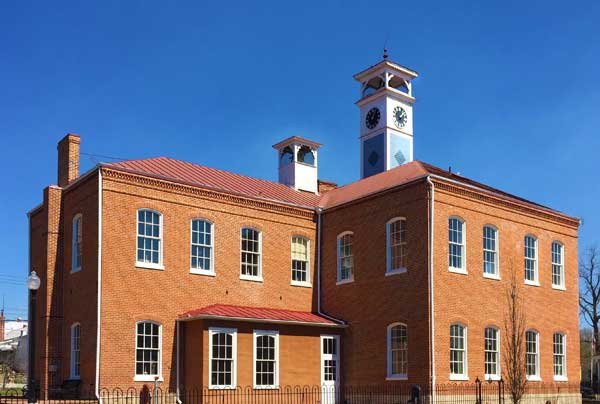 Located in the historic 1871 German School building, the Historic Hermann Museum is dedicated to preserving the legacy and history of German and European culture in Hermann. The museum features seven exhibit rooms that feature a wide variety of items on display including furniture, clothing, photographs, tools, memorabilia, children's toys, model boats, and musical instruments. The building was constructed in stages and is a contributing property of the Hermann Historic District, which is listed on the National Register of Historic Places. The school, which operated until 1955, was unique in that it was one of the few privately-funded bilingual (German and English) public schools in the state. The clocktower was added in 1890 and still works; it must be hand wound to operate. The museum property includes a small park open to the public. 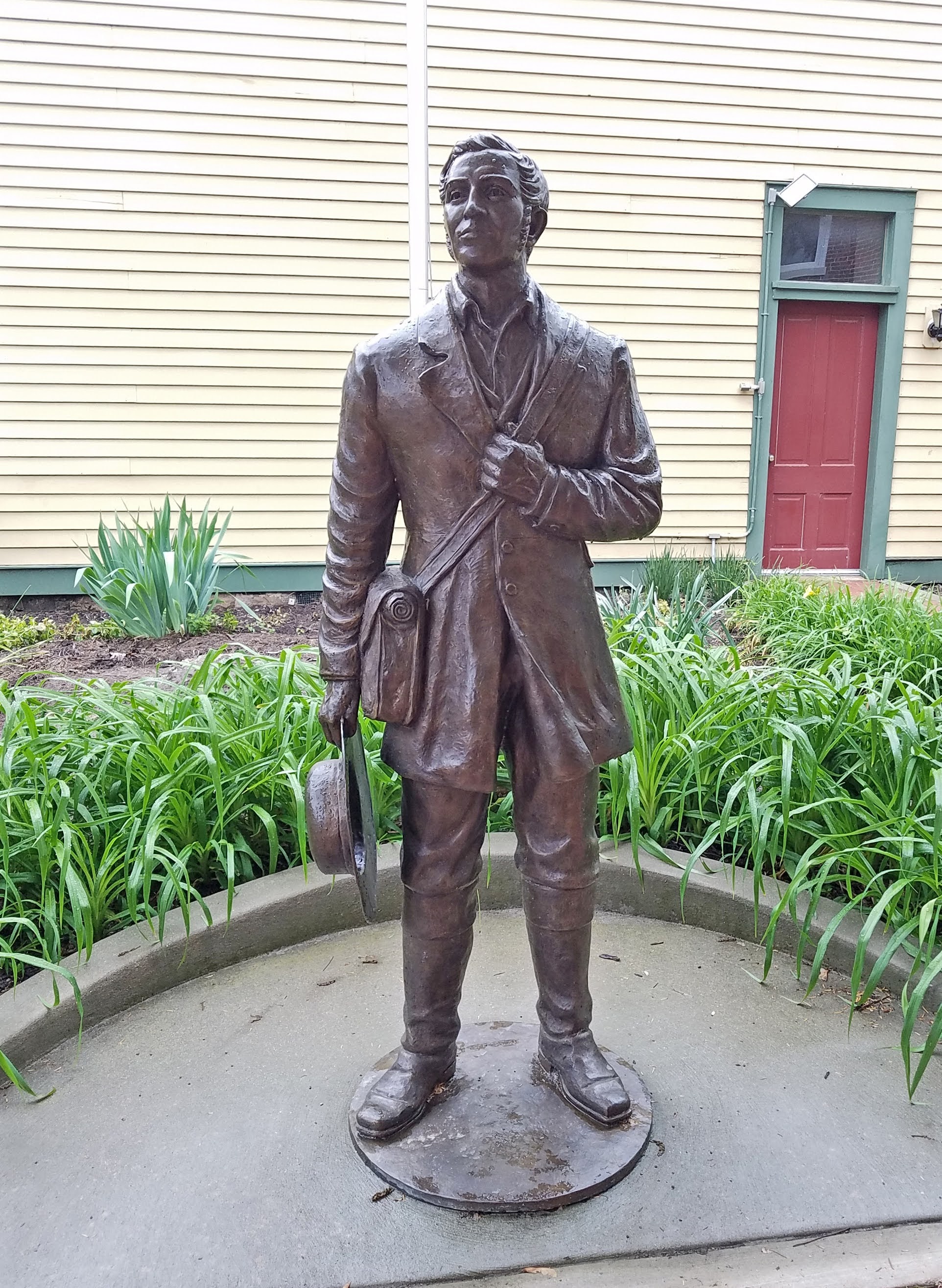 This statue and marker was erected in the courtyard of the Gasconade County Historical Society to honor the memory of George Frederick Bayer who is recognized as the founder of Hermann, Missouri. Hermann has a unique history as it was a planned colony sponsored by the German Settlement Society of Philadelphia, an organization that was formed in 1835. Bayer helped the Society realize its goal of establishing a colony in the West where people of German descent could establish farms and businesses and live in a place where German culture and language could be preserved.

6. Historical Marker: The Lewis and Clark Expedition Across Missouri

Located in Hermann Riverfront Park, this historical marker commemorates the Lewis and Clark Expedition, which, on May 26, 1804, camped nearby on the southern end of Loutre Island. The following day, the expedition sailed passed present-day Hermann and camped for the night at the mouth of the Gasconade River. In his journal, William Clark noted the location of the first camp and the numerous deer seen on the riverbanks. On the 27th, the expedition encountered several canoes and traders who had recently traded with the Omaha, Pawnee, and Osage Indians. Just to the west of this marker is another one that commemorates the fact that Hermann is the juncture of three pioneer trails: the Lewis and Clark Trai, the Ozark Frontier Trail, and the Old Iron Road.

This living history museum along the Missouri River was founded in 1971 by Jim and Mary Dierberg after they visited Hermann during Maifest, a German tradition that celebrates the coming of Spring. The couple came from St. Louis, Missouri but also had a home in Santa Barbara, California where they owned a winery and three vineyards. Jim Dierberg was the founder and chairman of First Banks and decided to buy the bank in Hermann the week after their initial visit. In 1974, the couple purchased a winery in Hermann with cellars that dated back to 1847. After the cellars were excavated due to being filled in during Prohibition, the Dierbergs opened Hermannhof Winery. Over the next four decades, they continued to buy historic buildings and preserve them so they could be turned into restaurants and lodgings. The Dierbergs are largely credited for the revitalization of Hermann which allowed it to become the tourist destination it is today. They contributed to the preservation of Hermann’s history by setting up a non-profit organization called the Dierberg Education Foundation.

This walking tour of Hermann starts at one of the only museums in the United States dedicated to the history of German migrants to the United States and continues on to the statue of the German chieftain Hermann and the county courthouse. After that, enjoy a stop at a historical marker commemorating the Lewis and Clark Expedition followed by the local history museum and Hermann Farm Museum. Be sure also to explore the Rotunda, an octagonal building just south of this walking tour that is listed on the National Register of Historic Places.