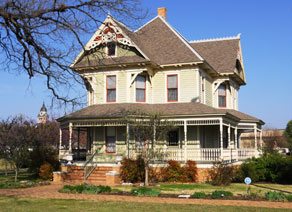 Denton County Historical Park features a number of Denton's most historic structures. These include the Bayless-Selby House Museum, the Quakertown House museum, the Taylor Log Cabin, and the Woods House. The park also has green space used for a variety of public events and a welcome center. The Queen-Anne style Bayless-Selby House features furniture, hand-painted porcelain, musical instruments, and other artifacts from the turn-of-the-century. It also features long-term exhibits on the second floor. The Quakertown House was built in 1904 and is the location of the African American Museum. The Taylor Cabin was built in 1868 and moved to the park in 2016; it is one of the oldest structures remaining in Denton. 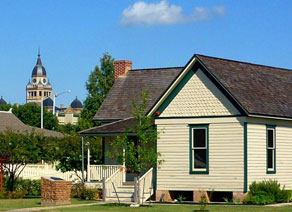 Located in a historic home that was built in 1904 and part of the African American community of Quakertown, the museum chronicles the history of African Americans in Denton County. The museum opened in 2008. 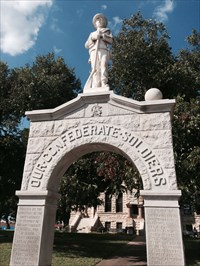 The Denton County Confederate Memorial, located on the south side of the former courthouse building, was erected by the Daughters of the Confederacy in 1918 to honor the Confederate soldiers who died in the Civil War. Located on Hickory Street, the monument depicts a soldier standing atop a stone arch. Calls to remove the memorial began in 2000 as local resident Willie Hudspeth and other African Americans raised awareness of the intent of the monument. An influential organization in the American South in the early 1900s, the United Daughters of the Confederacy were dedicated to vindication of the antebellum South and many members published books and articles that presented slavery as a benign institution that benefitted African Americans. 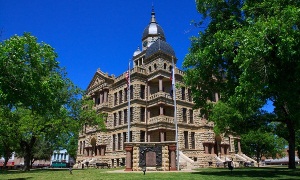 The former Denton County Courthouse is historically significant for its architecture and its role as the seat of county government from 1896, when it was built, to the late 1970s. Listed on the National Register of Historic Places, the building is a fine example of Romanesque architecture and is made of limestone and sandstone. Designed by W.C. Dodson, it features a central tower, arches, columns, and other notable elements. The building is now home to the Courthouse-on-the-Square Museum, which opened in 1979 and is located on the first floor. The museum is operated by the Office of History and Culture (OHC) and houses a variety of exhibits featuring a range of artifacts and other items showcasing Denton County history. The building is also the location of the OHC's Special Collections, which is open to researchers by appointment only. 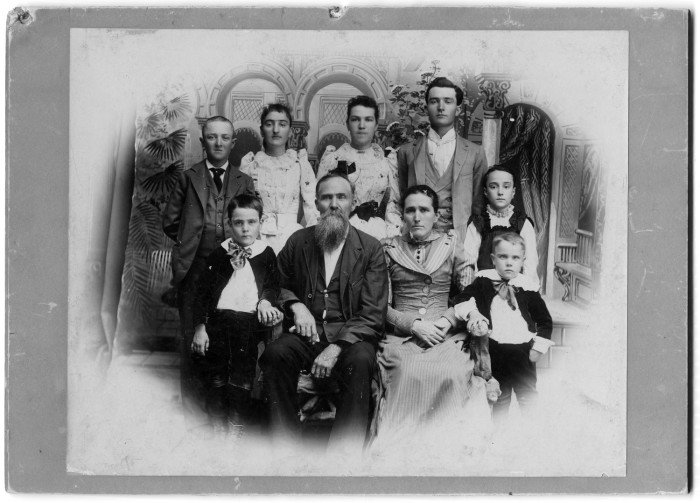 The building that is today the Recycled Books Records CDs store in the downtown square of Denton dates back to the early 1900s. This resale store was originally home to the Wright Opera House. Constructed by rancher William Crow Wright after the old Denton courthouse was struck by lightning in 1894 and condemned, a grand opera house was built in its place which enjoyed a short life as the pride of Denton from 1900 to 1913. 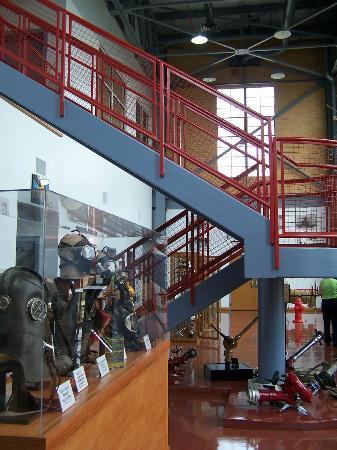 The Denton Firefighters’ Museum preserves and promotes the city's over 150-year firefighting history. Numerous items from its collection are on display including memorabilia, an 1800s hose cart, various fire apparatus, fire extinguishers, fire grenades, uniforms, helmets, and fire report logs. The museum opened in 2005 and is self guided, but tours can be arranged by appointment.