Originally constructed in 1847, Jackson City Hall is one of the only remaining Greek Revival-style antebellum government buildings in Jackson. The building has also been used as the local Masonic Hall and served as a Civil War hospital. City Hall was one of the only buildings left standing in Jackson after the Civil War. The building was added to the National Historic Register in 1969. More recently, the City Hall grounds have been subject to controversy, as the statue of Andrew Jackson has sparked debate. In July 2020, the city council voted to relocate the Andrew Jackson statue, though plans remain indefinite. 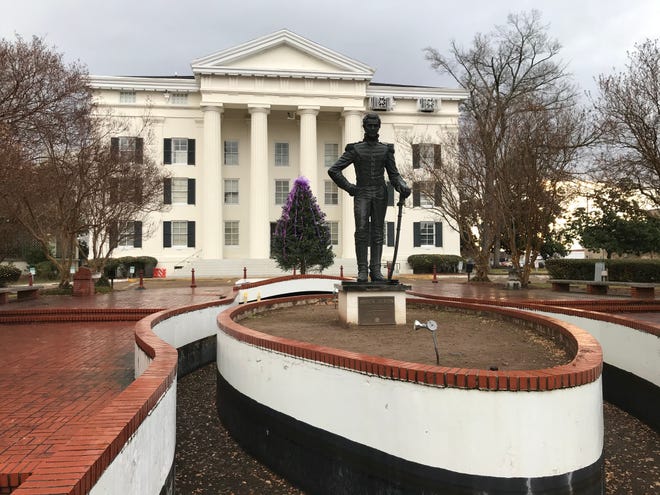 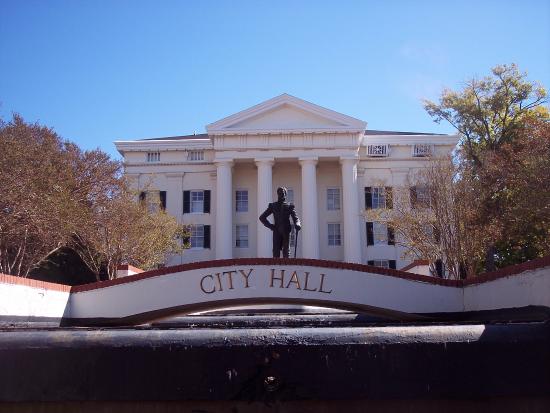 The interior of City Hall 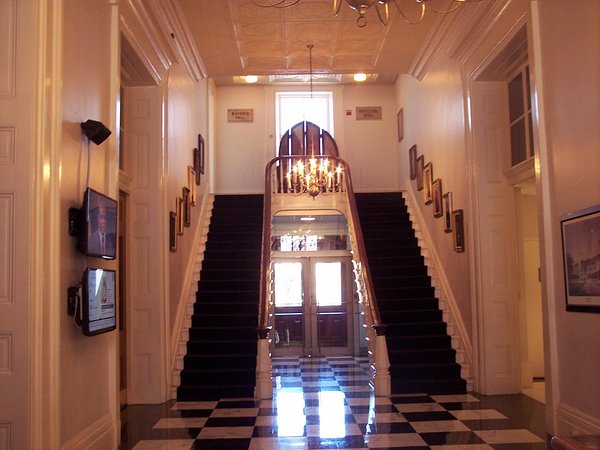 When construction began in 1846, architect William Gibbons planned a two-story government building, but soon plans were amended to add a third-story to be used by the local Masonic Temple. Shortly after construction was completed in 1847, a ball was held in the building to honor the Mississippi Rifles, veterans of the Mexican War led by Jefferson Davis.

The City Hall building was renovated in 1953 and again in 1963. Records of the 1953 renovation are unclear about the details of the work; the 1963 project dealt completely with the building's interior.

In 1972, a statue of Andrew Jackson was erected in front of the building, though as of summer 2020 it is scheduled for removal and will likely be relocated to a museum. However, as of November 2020, no definite plans had been settled upon.