This Elizabethan home, built during the latter portion of the 15th century, once stood on the banks of the River Irwell in Lancashire, England. For hundreds of years it belonged to the Langley and Dauntesey families, until it was bought, dismantled, and shipped to the United States in the mid-1920s by businessman T.C. Williams Jr. Once in the States, the home was relocated to the banks of the James River, named after one of England's many medieval rulers. It is now a house museum that reveals what daily life was like for a wealthy, landed gentry living in Tudor England.

Agecroft Hall in all its Tudor grandeur. 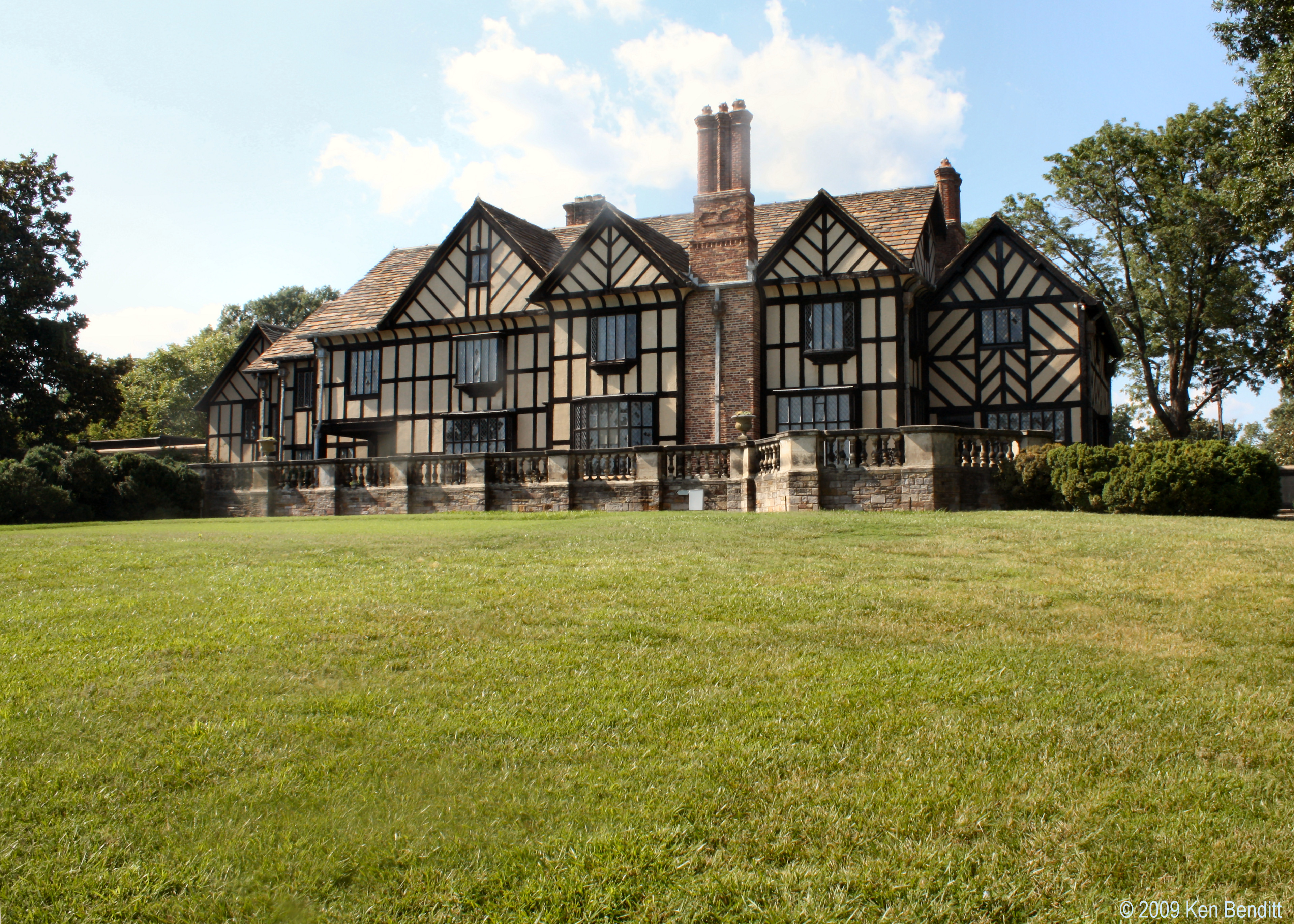 The Sunken Garden at Agecroft. 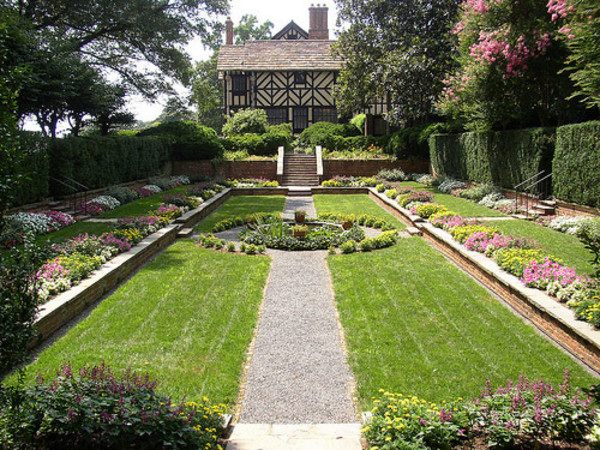 The Grand Parlor within Agecroft. 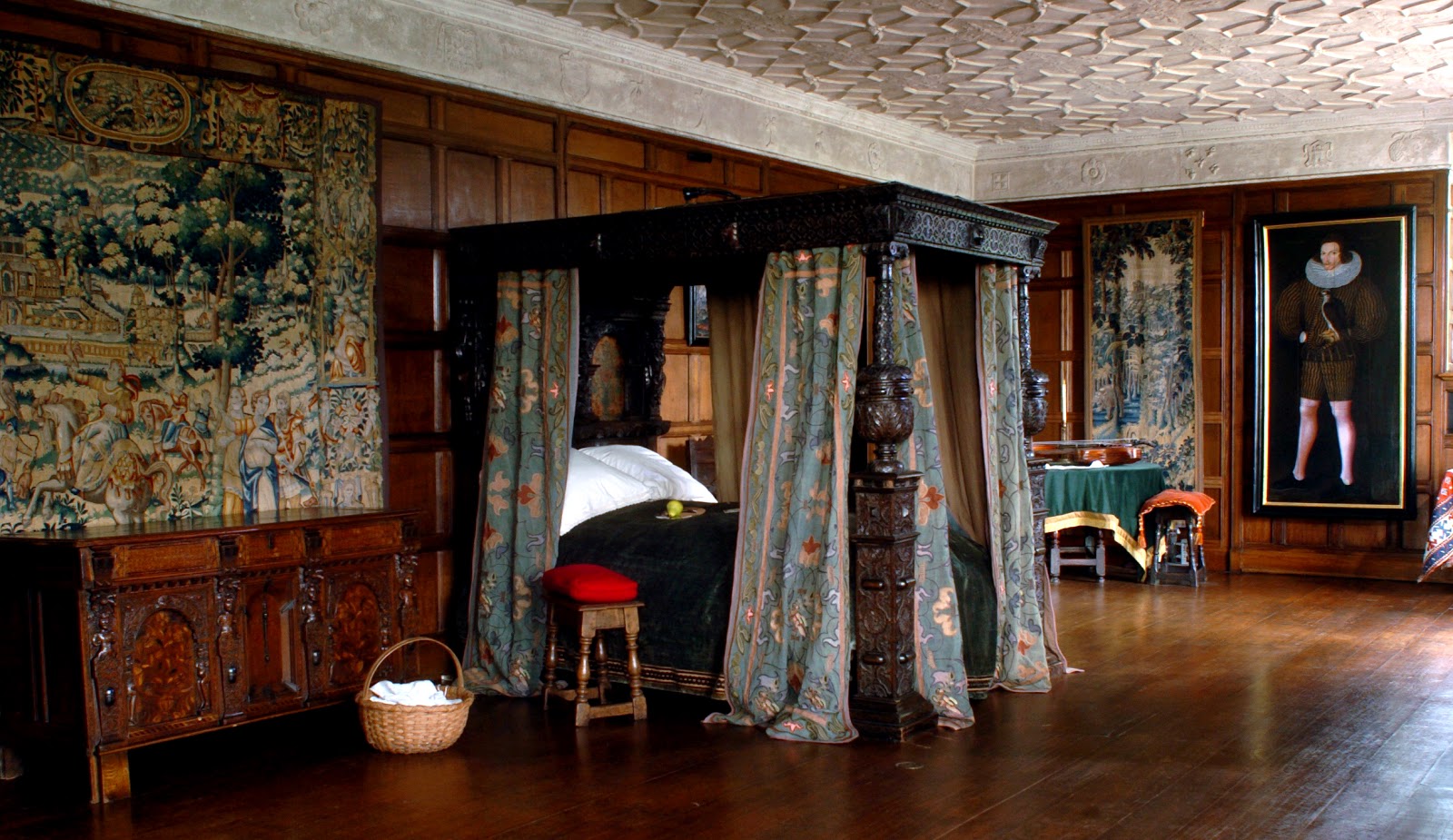 A Shakespearean play being preformed at Agecroft. 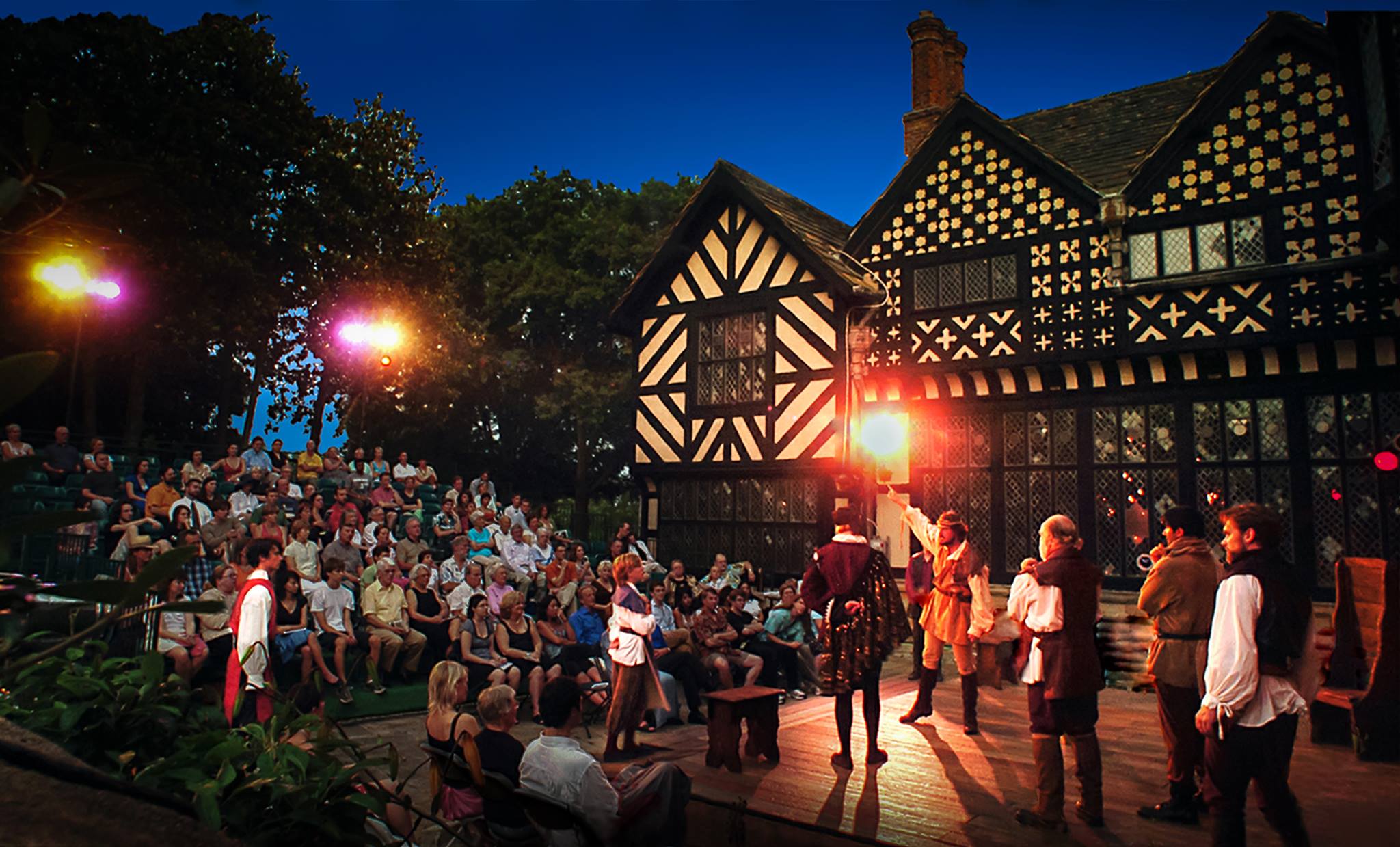 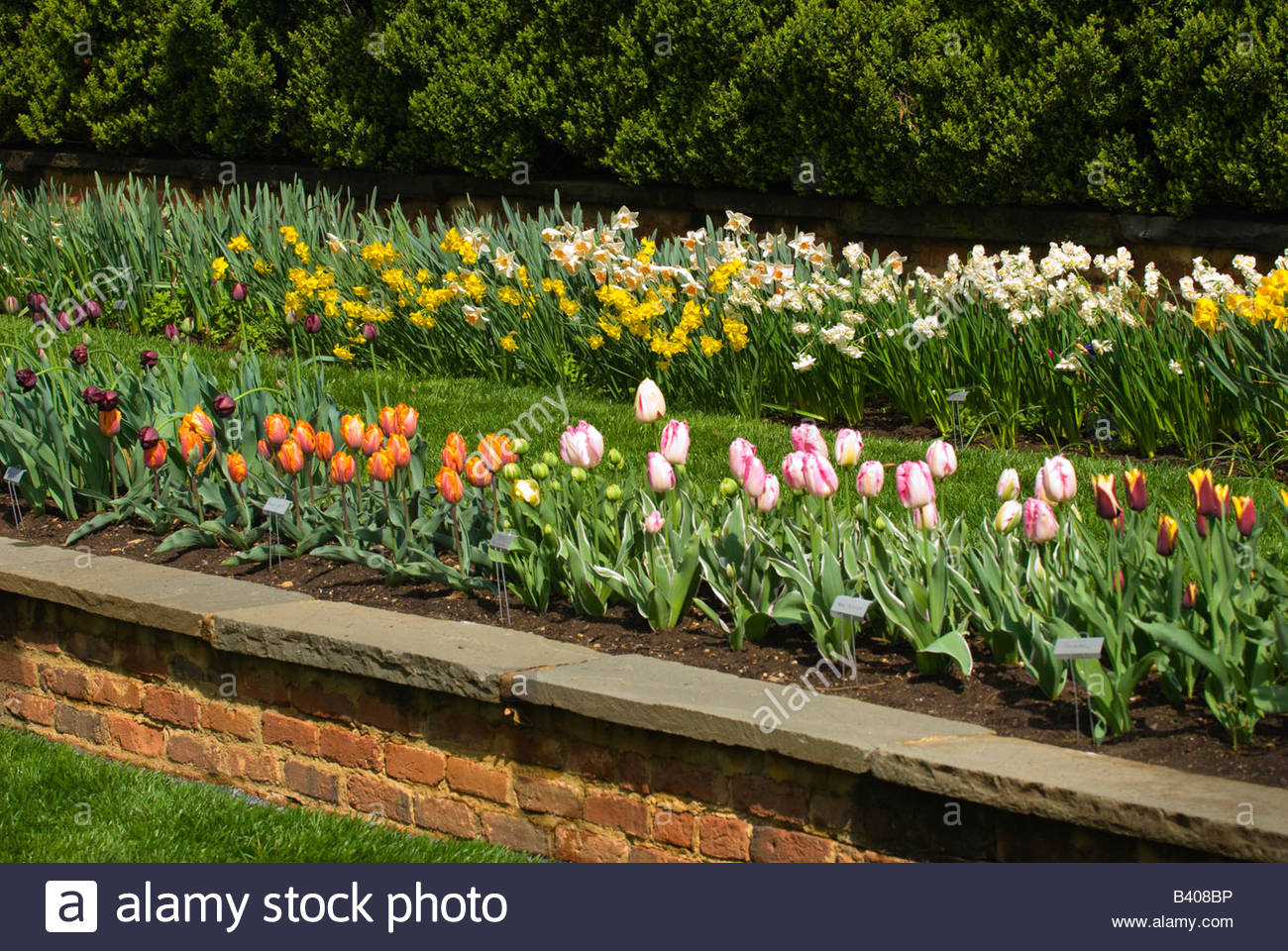 Agecroft Hall, home to the Langley and Dauntesey families in Lancashire, England (not far from the town of Manchester),  was occupied by members of both families for over 300 years. The hall underwent many stages of remodeling and expansion throughout the years, with the most extreme additions taking place at the command of William Dauntesey in the mid-16th century. By the end of that century, the hall was a 20-room mansion that even included a private chapel. Once Ann Langley married Dauntesey just prior to 1570, the home remained under Dauntesey ownership until 1811. After that point, all subsequent owners simply took the Dauntesey name, as was customary.

The latter half of the 19th century brought much deterioration to the hall.  Coal mining near the home and the placement of railroad tracks close to the property led to damage of the hall, and later attempts to modernize the structure after a bad fire caused its further destruction. It then sat unoccupied from 1904 to1925 when it was put up for auction.

It was purchased by Thomas C. Williams, Jr., an entrepreneur who sought to recreate the English estate in the "fashionable" Windsor Farms neighborhood of Richmond, Virginia.  The mansion was carefully disassembled, crated and shipped to the U.S. in 1925.  While not rebuilt to the exact specifications of the original, the reconstruction was completed in 1928.  Mr. Williams, sadly, died the next year, and the estate was tended to by his wife until, as Williams wished, it opened as a house museum in 1969.

The hall contains over 4,000 historical artifacts from both Tudor England and late 19th- to early 20th-century America.  The collection consists primarily of furnishings, textiles, documents, and ceramics.  Agecroft also hosts its annual Richmond Shakespeare Festival every summer in which one can view a play by the bard under the stars.  It also features an educational center that offers programs such as Voyage to Virginia and Life on the Manor.  Finally, the hall contains a gift shop that offers gifts and books that focus on British history, especially the Tudor Era.