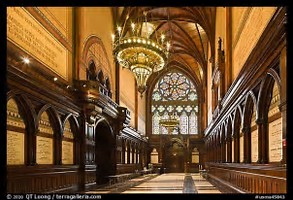 Harvard College was established in 1636 although it did not receive its name and begin its active existence until two years later. While the founding and early years of the college belong to the 17th century, Massachusetts Hall, built in the early years of the 18th century, notably exemplifies the striving for intellectual development and the first groping toward educational liberalism in the century which saw the English colonies become the United States of America.

Harvard is the oldest institution of higher education in the United States, established in 1636 by the vote of the Great and General Court of the Massachusetts Bay Colony. It was named after the college’s first benefactor, the young minister John Harvard of Charlestown, who upon his death in 1638 left his library and half his estate to the institution. A statue of John Harvard stands today in front of University Hall in Harvard Yard and is perhaps the university’s best-known landmark.

Massachusetts Hall was the fifth major building erected for Harvard College and is the oldest of its buildings that survive. It is the second oldest academic building in America. The structure was designed in the Early Georgian style by John Leverett, who had become president of the College in 1708; a floor plan attributed to Leverett is preserved in the Harvard University Archives. Some sources indicate that Benjamin Wadsworth, who later became a president of the College, was also involved in planning the building. Construction was begun in 1718, after the Massachusetts provincial legislature, and was completed two years later.

The Hall stands near Massachusetts Avenue on the western side of the Old Yard, the original campus of Harvard College. Built to serve solely as a dormitory, Massachusetts Hall originally followed a two-entry plan with no connections between entries on the individual floors; however, the interior plan of the building has been altered repeatedly. Originally it had 32 spaces and 64 small private rooms. The most recent changes were made in 1939 when the first two floors were remodeled to serve as administrative offices. Despite these numerous alterations, a good deal of the 18th-century character of the building’s interior has been restored, particularly on the ground floor in panel dados, fireplace surrounds, wide window reveals and interior shutters. The exterior has remained remarkably unaltered and it is in this that the primary architectural significance of the buildings lies.

Throughout its history, the Hall has housed 640 soldiers, an informal observatory, many influential people, and administrative offices. Infamous people that stayed in the Hall include John Adams, John Hancock, Samuel Adams, Elbridge Gerry, and James Otis. More recently Alan Jay Lerner, Elliot Richardson, and John Harbison resided in the hall. It is no longer a residence hall, instead, it is the administrative offices of the university. They building is not open to the general public.