St. Anthony's Catholic Church is home to the second oldest Catholic congregation in the state. 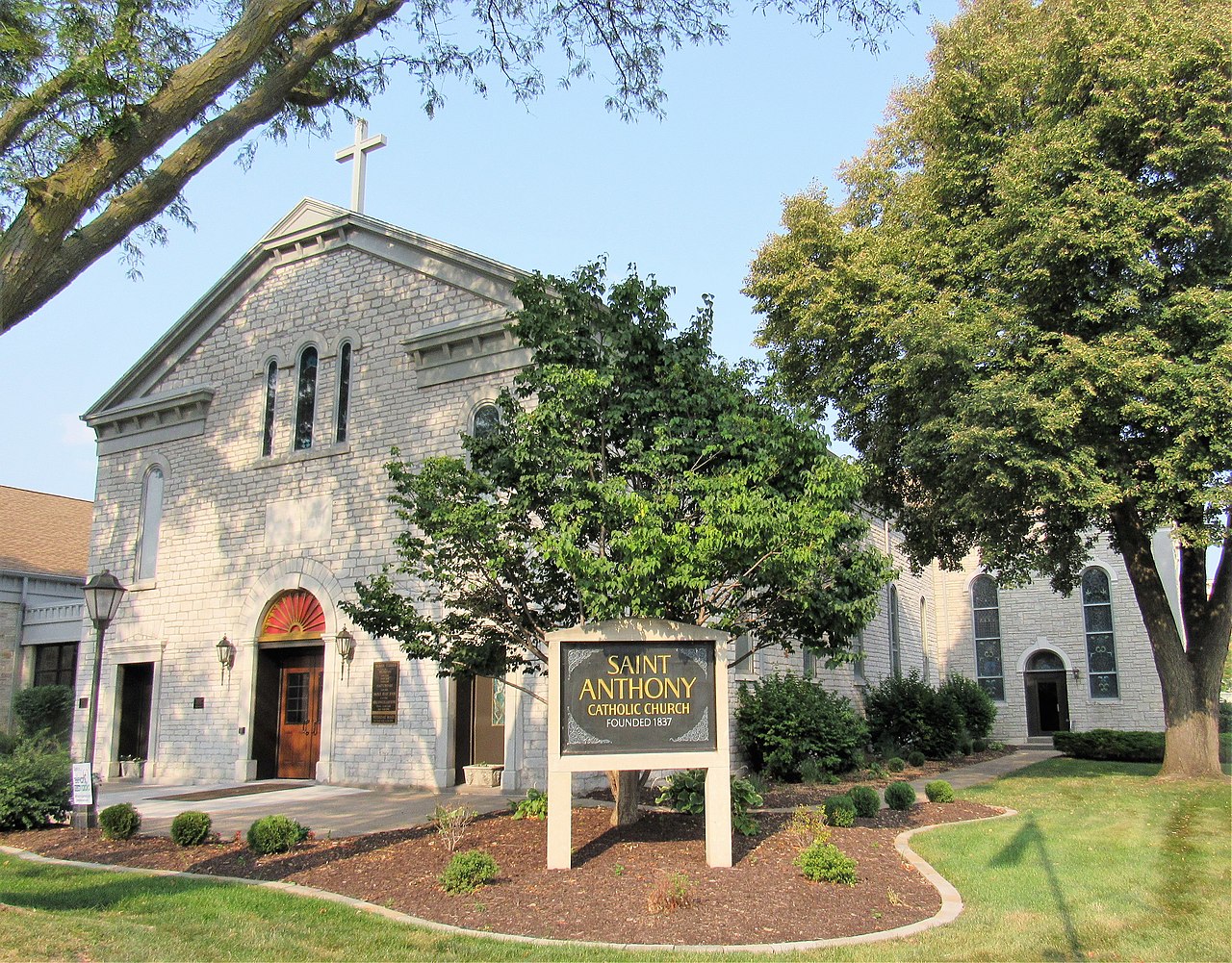 The land on which the church buildings stand was donated to an Italian missionary Father Samuel Mazzuchelli by one of Davenport's founders, Antoine LeClaire. LeClaire was an interpreter for the U.S. Army and was also a businessman. He served as the interpreter between the U.S. government and Native Americans during negotiations that took place after the Black Hawk War (May-August 1832). For his efforts, the Native Americans gave LeClaire two tracts of land, one of which would become Davenport. It was from this property that he donated the land for the church.

The original church served as a school, the living quarters for the parish priest, and as the court for the Second Judicial District. The second floor was used as the church space. The building was expanded in 1844 and later in the 1940s. Construction for the new, larger church building began in 1850 and completed three years later. It, too, was expanded—in 1885 and in the late 1940s. A new parish center was added in 2010.