The former First National Bank building is one of most striking landmarks in Davenport. A fine example of Renaissance Revival architecture combined with elements of the Chicago style, it was constructed in 1924 and features a stone exterior, an arcade of arches and fluted pilasters with capitals on the lower level, a recessed arched main entrance, a 1918 clock (not original to the building) mounted on the northeast corner, and wide overhanging cornice at the top. The main entrance is especially noteworthy. It consists of an ornate cast bronze doorway and carved-stone figures above and in the arch. The doorway features classical symbols, figures, and objects to represent commerce, banking, law, agriculture, industry, and labor. The building is now known as the U.S. Bank Building and a bank branch is located on the first floor. The remaining floors are used as office space.

The historic First National Bank Building was erected in 1924. Now known as the U.S. Bank Building, its design combines the Renaissance Revival and Chicago styles. It was added to the National Register of Historic Places in 1924. 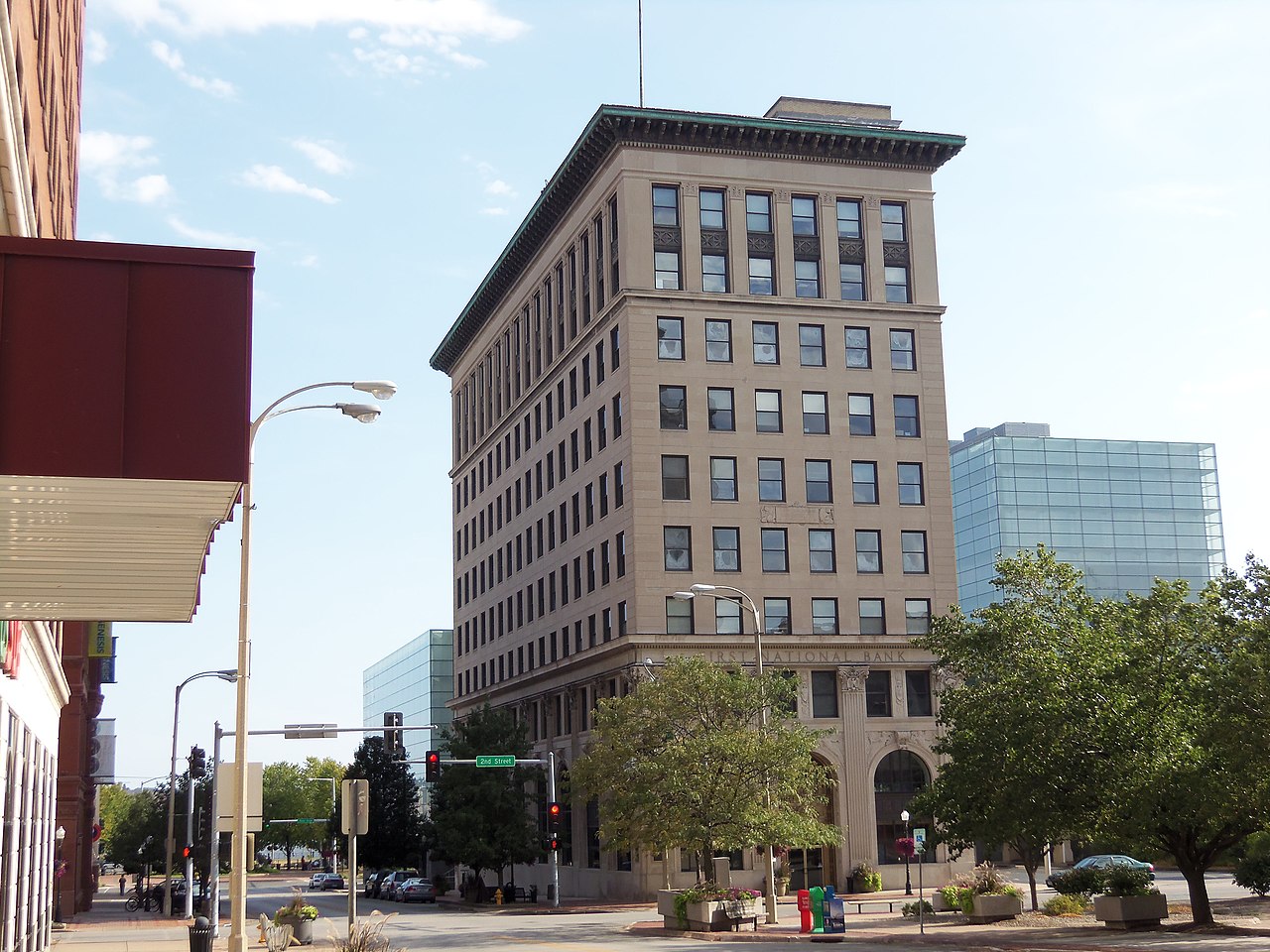 One of the reclining figures above the main entrance. 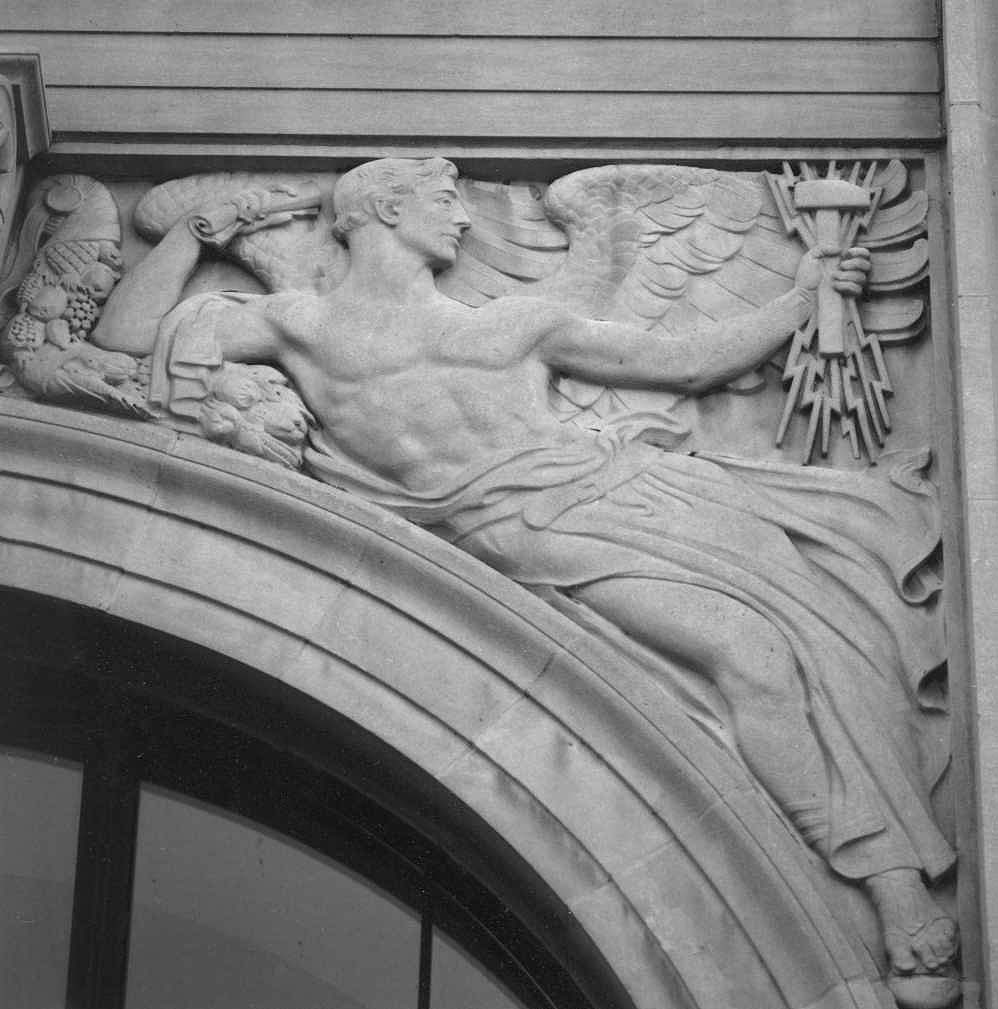 The main entrance doorway is a made of cast bronze and depicts numerous classical figures, objects, and symbols. 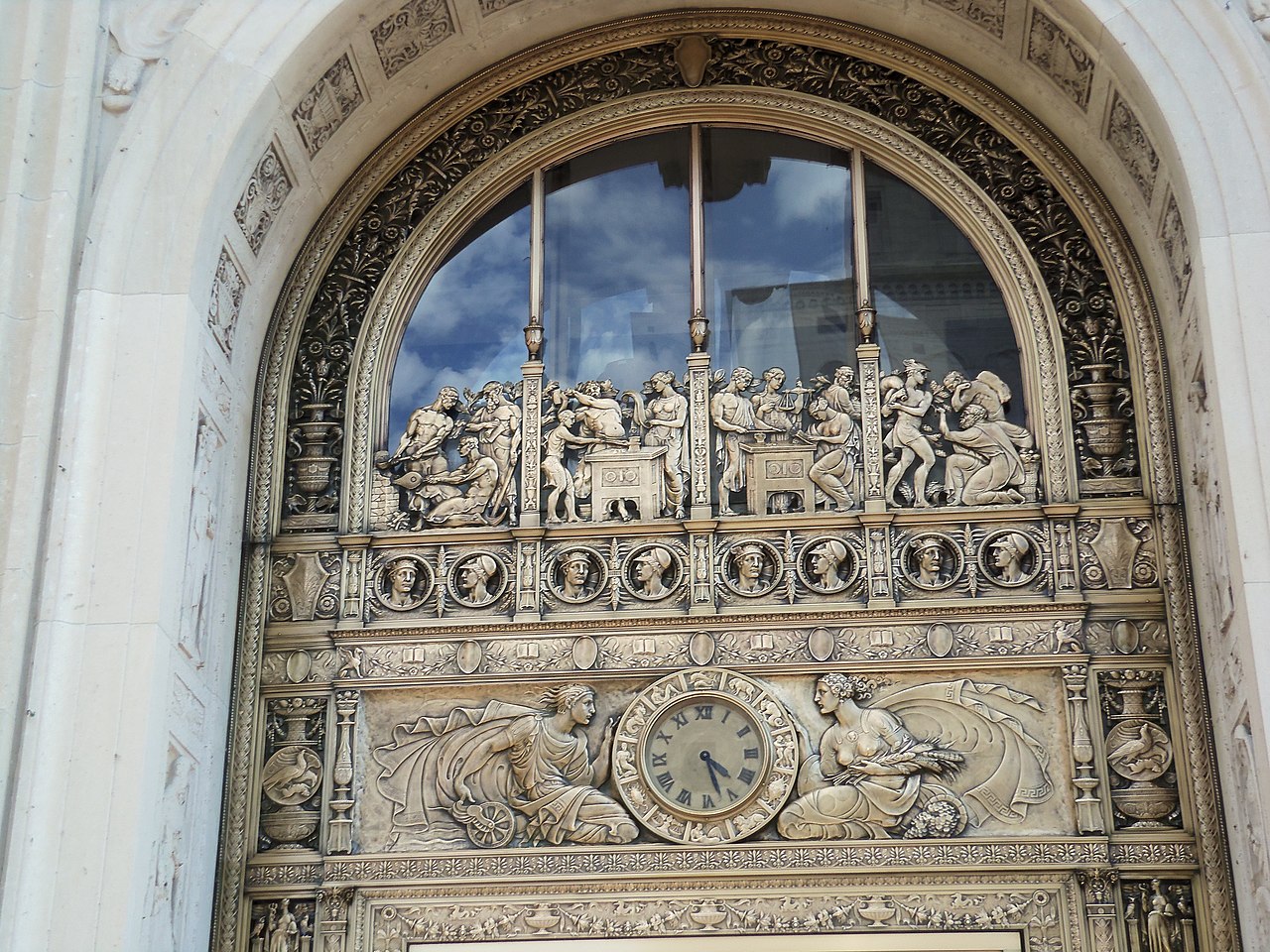 Two previous First National Bank buildings stood on this site before the present one was built in 1924. The bank itself was established in 1863, becoming the first bank founded after the U.S. Congress passed the National Banking Act, which created the national banking system. When the first building was erected is unclear, but the second was built in 1910. Six stories tall, it was destroyed by fire in the winter of 1923. Chicago architect O.H. Breidert designed the current building. Sculptor Adolph A. Weinman created the reliefs of the main entrance. His work includes the pediment over the entrance to the Jefferson Memorial in Washington D.C. and the frieze in the courtroom of the U.S. Supreme Court.

The First National Bank Building was added to the National Register of Historic Places in 1983. The Iowa chapter of the American Institute of Architects named it one of the 50 Most Significant Iowa Buildings of the 20th century.

All images via Wikimedia Commons: https://commons.wikimedia.org/wiki/Category:First_National_Bank_Building_(Davenport,_Iowa)