Built in 1881, the Simpson Creek Covered Bridge measures approximately fourteen feet wide by seventy-five feet long. It was initially built by Asa S. Hugill a half mile from its current location and was moved after being washed out by a flood in the late nineteenth century. Though the bridge was restored in 2002, it displays no structural modifications – a rarity for covered bridges. These days, the Simpson Creek Covered Bridge serves only as a cultural and tourism site. A plaque for the bridge was erected nearby in 1983. 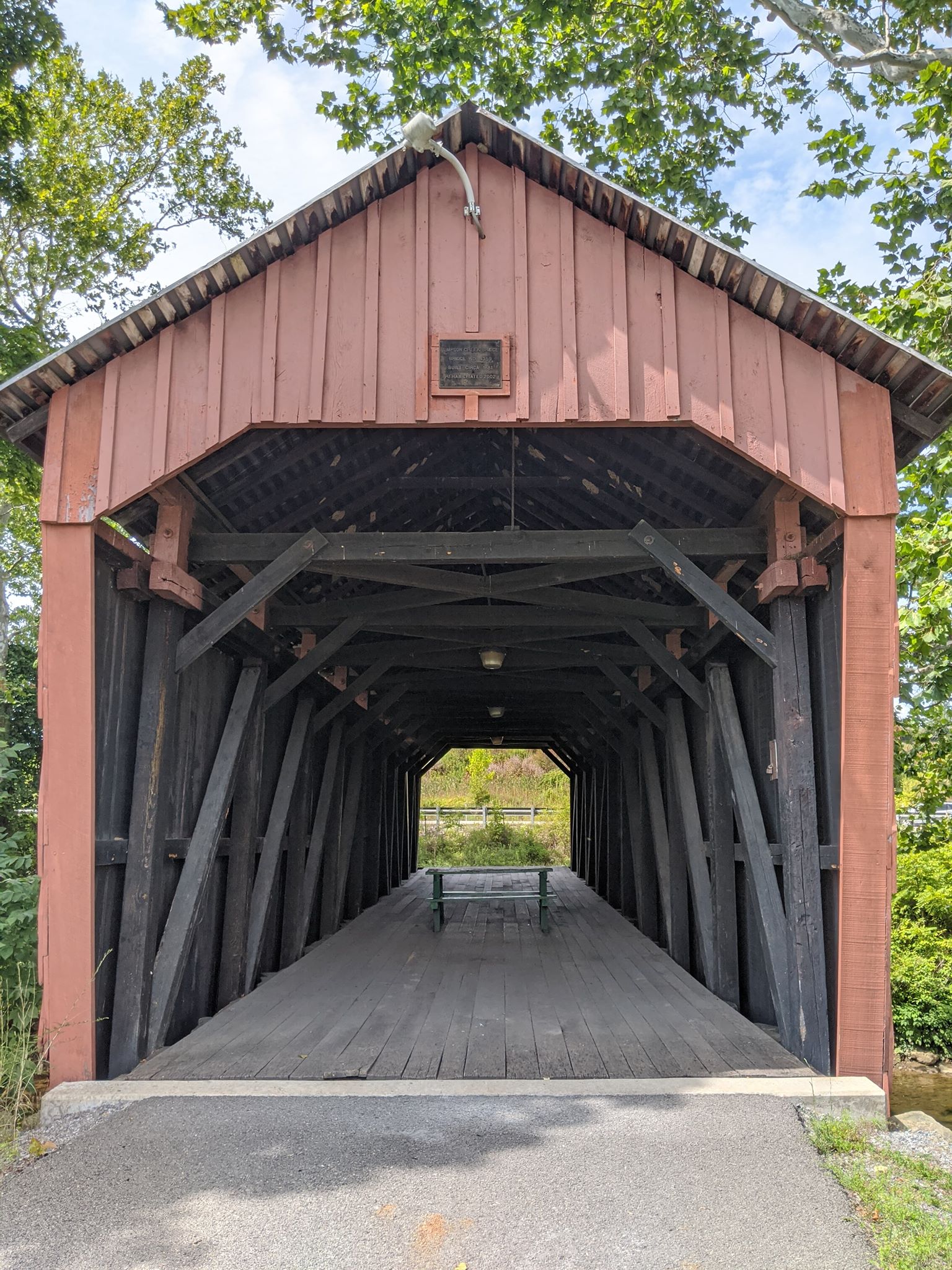 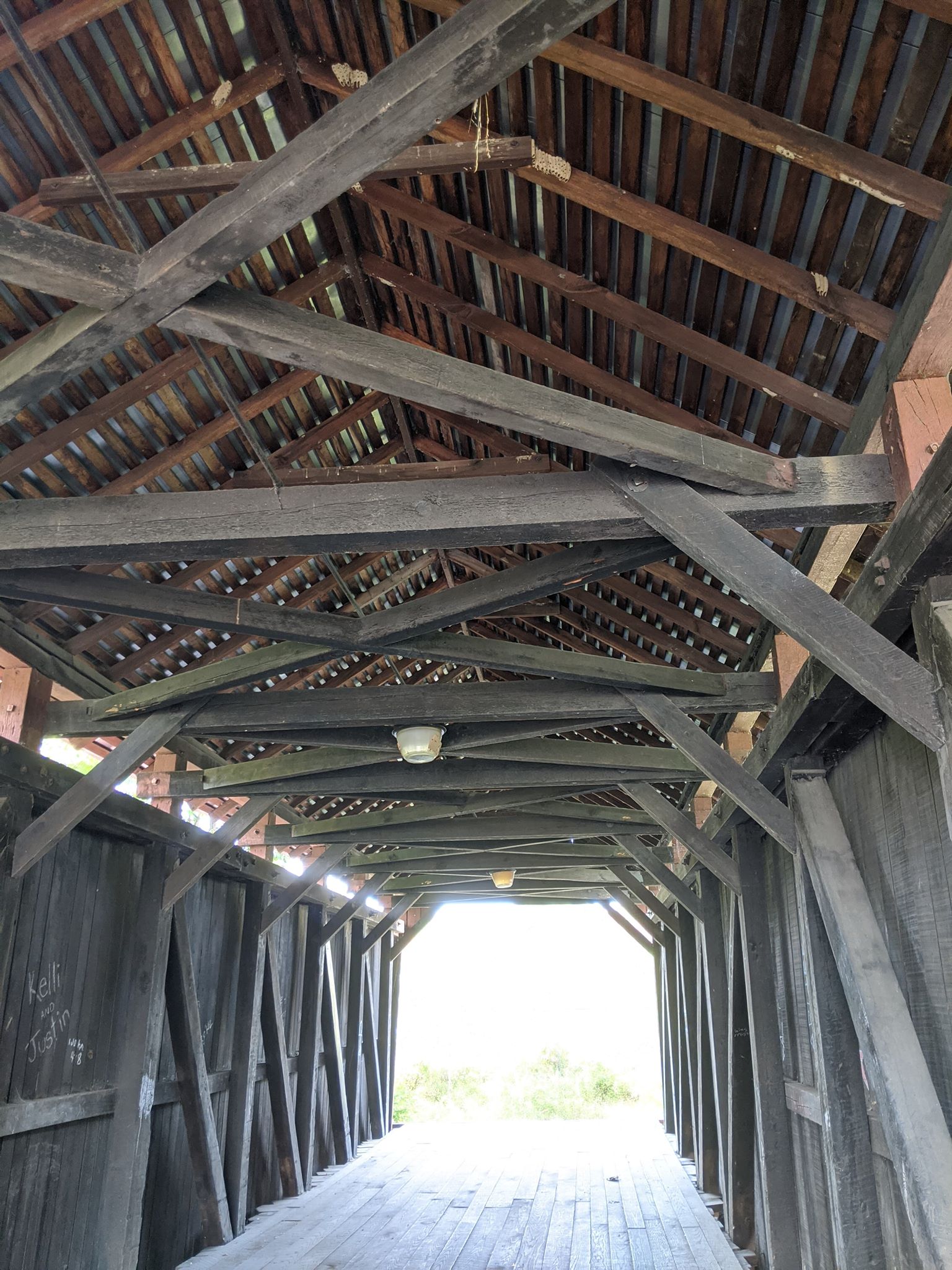 Underside view of the bridge. Note the lack of supporting arches 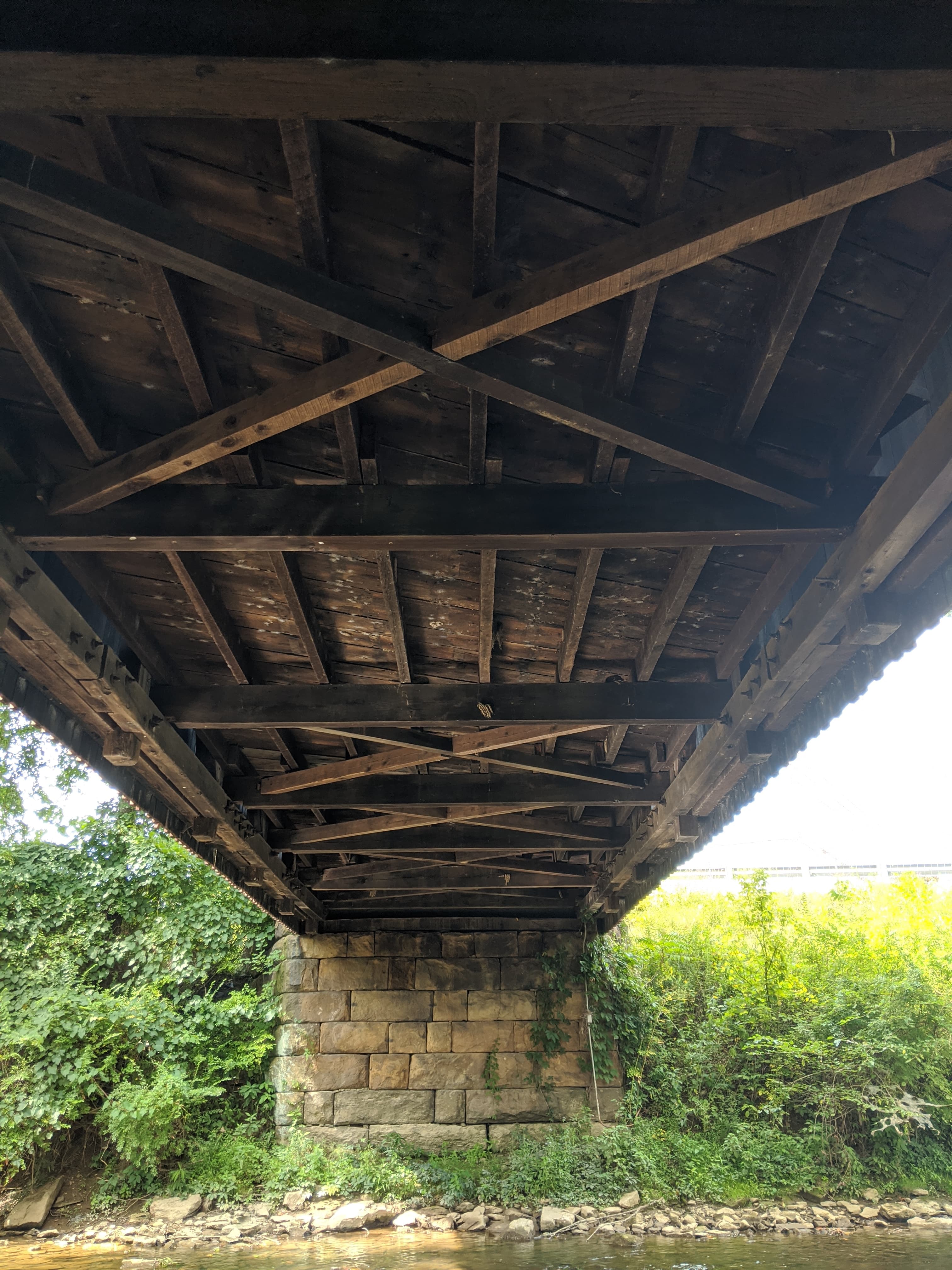 Plaque next to the bridge 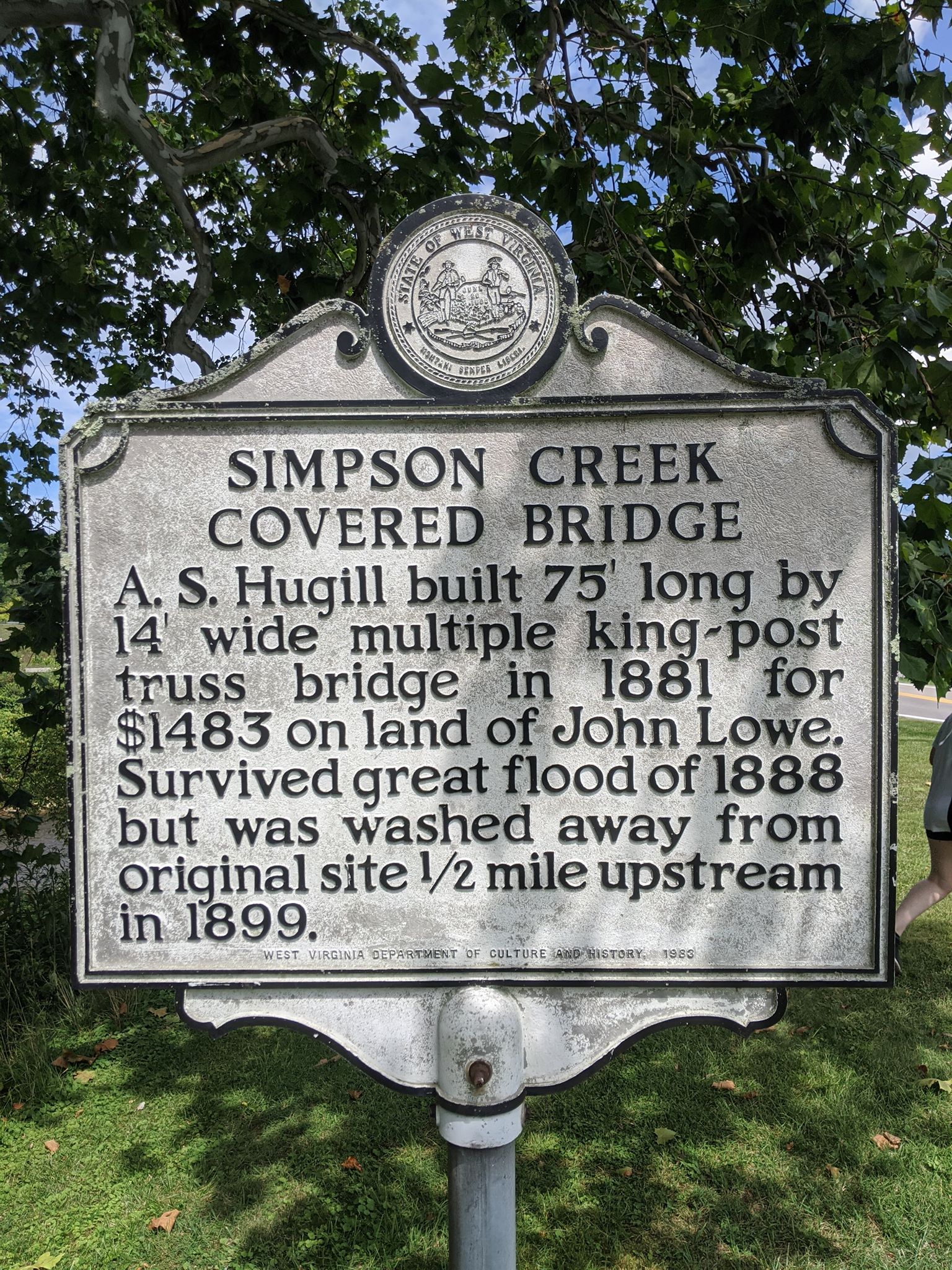 The Simpson Creek Covered Bridge – also known as the W. T. Law Covered Bridge and the Hollens Mill Covered Bridge – was built in 1881. Thomas S. Spates was designated as a commissioner to identify a site for a bridge crossing Simpson Creek and ensure its construction. Asa S. Hugill submitted the lowest bid at 700 dollars for woodwork and four dollars per perch and was awarded the contract. The court then asked Spates to continue to serve the project as superintendent, for which he was awarded thirty dollars. By December, the Simpson Creek Covered Bridge was finished and Hugill was paid 1,483 dollars for his work. However, 442 dollars of this total was allotted for John Lowe, who had land appropriated for the bridge.

Just a few years after being created, the Simpson Creek Covered Bridge washed out in a flood and was moved about a half mile to its current location. However, there is not a clear consensus on when this flood occurred. Some sources state 1889 as the year of the flood while others place it a decade later in 1899. Regardless, the rebuilt bridge is fourteen feet wide and seventy-five feet long. It was built using a series of king post trusses. Despite the Simpson Creek Covered Bridge’s relatively long span, it features no wooden supporting arches of the type typically found on longer covered bridges. In fact, the bridge has had no support modifications added. The sides of the bridge are board-and-batten while the roof is corrugated metal.

The Simpson Creek Covered Bridge was minorly restored after damaged by a falling tree, but the first major restoration project occurred in 2002. Allegheny Restoration and Builders, Inc. replaced deteriorated wood throughout the structure for a 380,072 dollar contract. Despite the excellent condition of the bridge, it no longer serves vehicle traffic. It is still easily accessible for pedestrian use, and a historical marker was installed in 1983. The Simpson Creek Covered Bridge is significant for its extremely authentic structure.