Constructed in 1856, the historic Carrollton Covered Bridge crosses the Buckhannon River in Barbour County. Brothers Emmett J. and Daniel O’Brien – also responsible for the creation of the Philippi Covered Bridge – constructed the Carrollton span. The bridge utilizes the patented Burr arch design, one of only three bridges in West Virginia to do so. The original bridge has been restored three times; in 1963 and 2002 to ensure continued use, and again in 2017 following arson. Though the future of the bridge is uncertain it remains the second longest and third oldest covered bridge in West Virginia.

Carrollton Covered Bridge before the 2017 fire 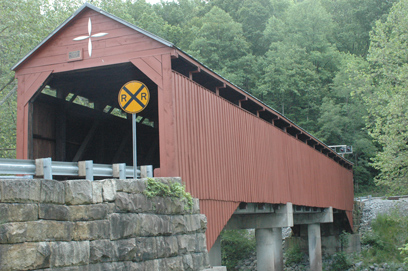 Interior view before the 2017 fire 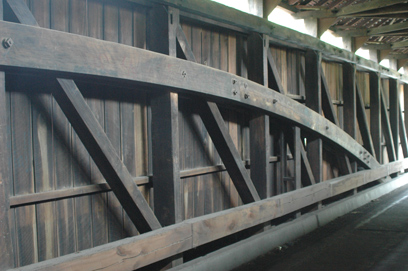 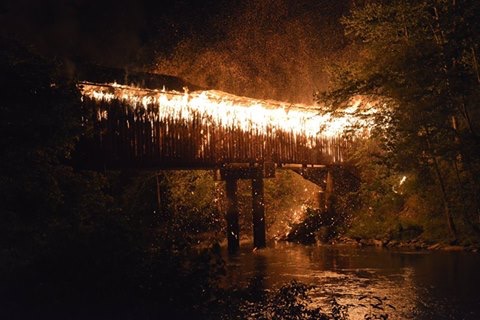 Immediate aftermath of the fire 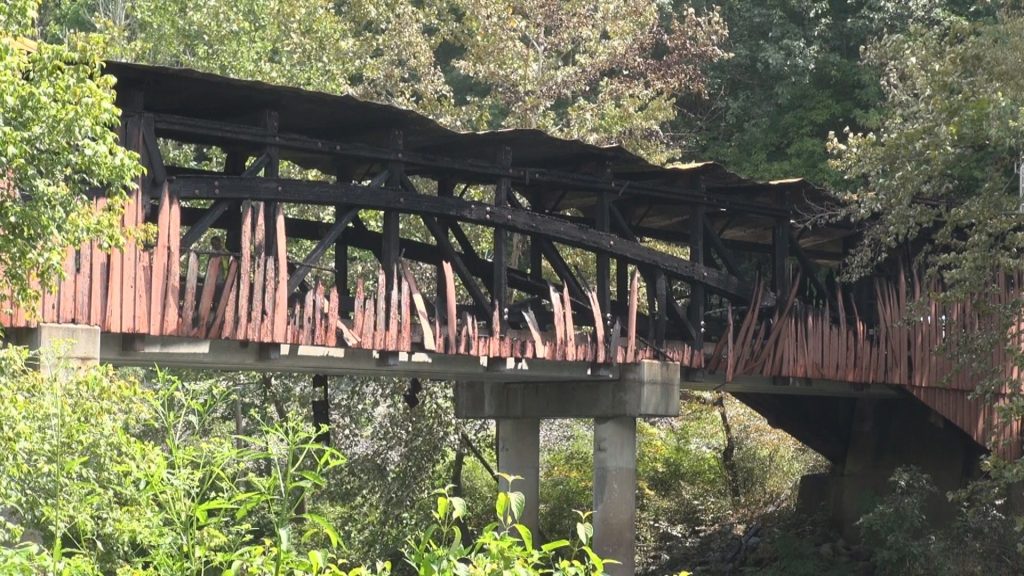 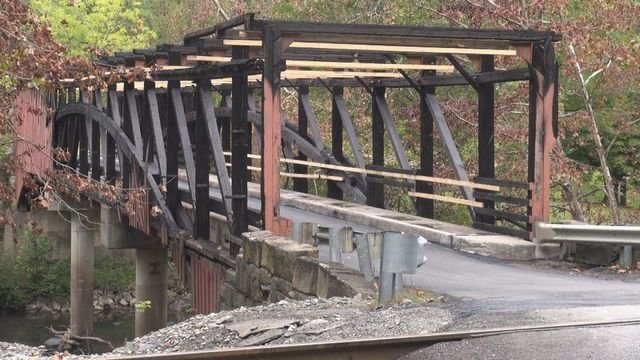 The Carrollton Covered Bridge was built between 1855 and 1856 by brothers Emmett J. and Daniel O’Brien. The brothers had also constructed another Barbour county bridge, the Philippi Covered Bridge. The Carrollton Covered Bridge was intended to cost 2,928.11 dollars for the abutments and 1,691.15 dollars for the bridge itself. However, the crumbling riverbanks forced the bridge to be lengthened, which added 200 dollars to the total cost. This brought the aggregate cost to 4,819.26 dollars, or approximately 150,000 dollars in today’s money.

At 16 feet wide and over 140 feet long, the Carrollton Covered Bridge is the second longest extant covered bridge in West Virginia. The long-lasting structure has survived the gales of war, floods, ice, and even several fires over the past century and a half. This longevity is partly due to the Burr design of the arch that protected the bridge from water that would normally condemn a wooden bridge to a short lifespan. This design is credited to Theodore Burr who patented his design on April 3, 1817.

In 1962, the Carrollton Covered Bridge was inspected and deemed unsafe for vehicle traffic. However, local community efforts saved the bridge from demolition and led to its renovation in 1963. The most impactful of these renovations were the construction of concrete piers to support the weight of the bridge. The bridge was renovated once again in 2002 by Hoke Brothers Contracting for just shy of 400,000 dollars.

Tragically, on August 10, 2017, the Carrollton Covered Bridge was set on fire by an arsonist. The bridge was not structurally compromised, but the damage to the sides and roof of the structure was catastrophic. The bridge’s functional operations resumed within a month of the conflagration. Though the intention of the West Virginia Department of Transportation is to restore the bridge to its former glory, no plan or timeline is currently available. Despite the loss of much of the original character, the bridge remains the third oldest surviving covered bridge in West Virginia.