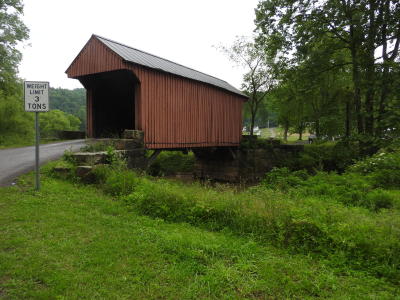 Interior view of the bridge. Note the low-profile queenpost truss 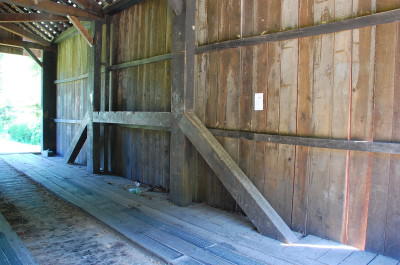 Architectural sketch of one of the trusses 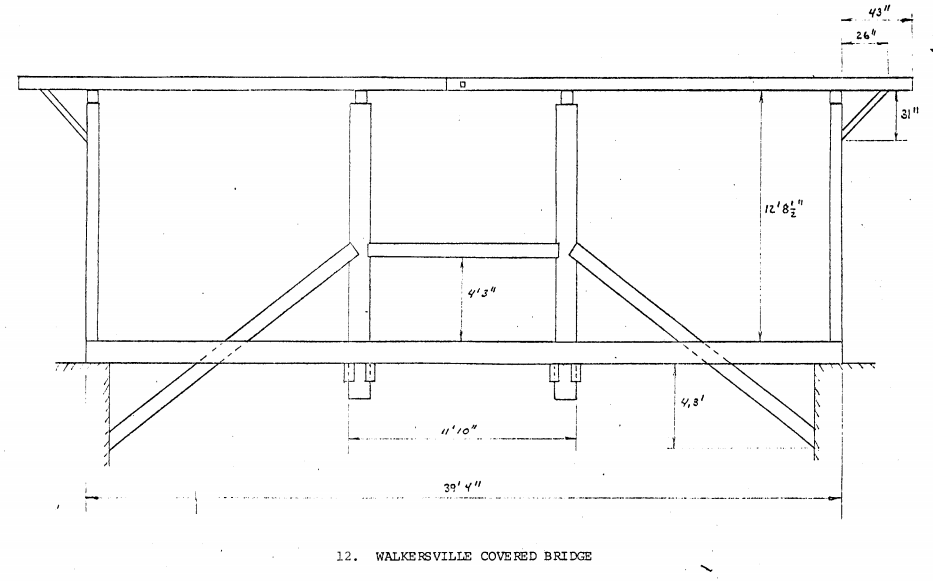 In June of 1902, J. E. Spriggs, G. I. Dennison, H. O. Wilson, and others petitioned the Lewis County Court for a new bridge crossing the West Fork River. The court responded by appointing W. E. Wick and W. D. Anderson as a committee to determine a location and cost of the new bridge. After a few weeks, the court acted upon on the committee’s recommendation and directed W. S. Smith to create plans for stone abutments. The original plan for the location was to erect an iron bridge. However, the court must have changed their plans as John G. Sprigg was contracted to build a wooden covered bridge in December of 1902. By March of 1903, the bridge was completed and Sprigg was paid $567 – approximately $17,000 adjusted for inflation – for his work.

Some small maintenance tasks were undertaken on the Walkersville Covered Bridge in 1984, but it was not until 2002 that a more extensive restoration occurred. Allegheny Restoration and Builders, Inc. were given a $230,859 contract to replace the siding and shore up some support components of the bridge. Despite the restorations, the Walkersville Covered Bridge remains largely unmodified from its original design. This is particularly significant as the bridge still accommodates vehicle traffic. In addition, the bridge is the only extant covered bridge in Lewis County