This structure, built in 1941, was one of the company stores owned by the New River Company, serving miners and their families from the surrounding coal camps. The site was originally the location of the MacDonald Depot for the Kanawha, Glen Jean & Eastern Railway. As the coal industry in the area began to grow, operations of the New River Company required a company store for its employees. They chose this site as the location for the MacDonald Company Store, in part due to its proximity to the railroad. The original 1893 building was constructed of wood. A 1925 fire destroyed the company store and several other surrounding buildings. After the fire, the Macdonald Company Store moved to the site which originally housed Rite's Candy Kitchen. The New River Company then built a new namesake company store at the location in 1941. Following the demise of the coal industry in the middle of the twentieth century, came the closure of the company store. The building now houses the congregation of the Glorious Church of God in Christ.

The New River Company Store is now used by the Glorious Church of God in Christ. A carved banner above the entrance reads, "THE NEW RIVER CO." 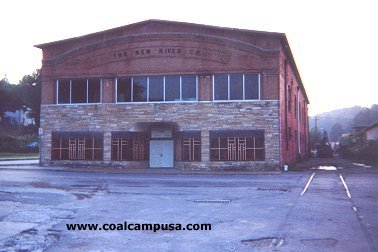 This site was the original location of the KGJ&E Depot. 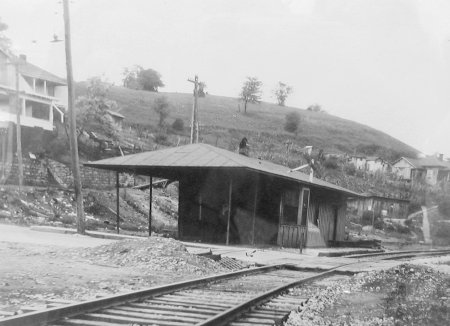 Image of MacDonald Company Store built in 1893 and was made of wood framing. This store would later burn to the ground in 1925. It would reopen in the building which had originally housed Reis Candy Kitchen. 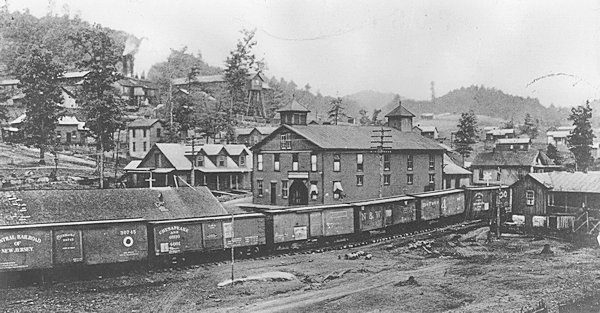 Another view of the MacDonald Company Store. 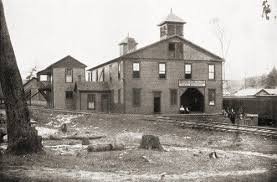