Mount Pleasant Cemetery is located at the intersection of Crocker and Cohannet Streets in Taunton, Massachusetts. It is the third “garden-style” cemetery established in Massachusetts. However, this burial ground is more than a place for the dead to rest in eternal peace. It has an enchanting landscape, so that those still living who come to visit their deceased ancestors and friends can enjoy a scenic walk around the park with its short hills, gravel walkways and beautifully planted trees and shrubbery. 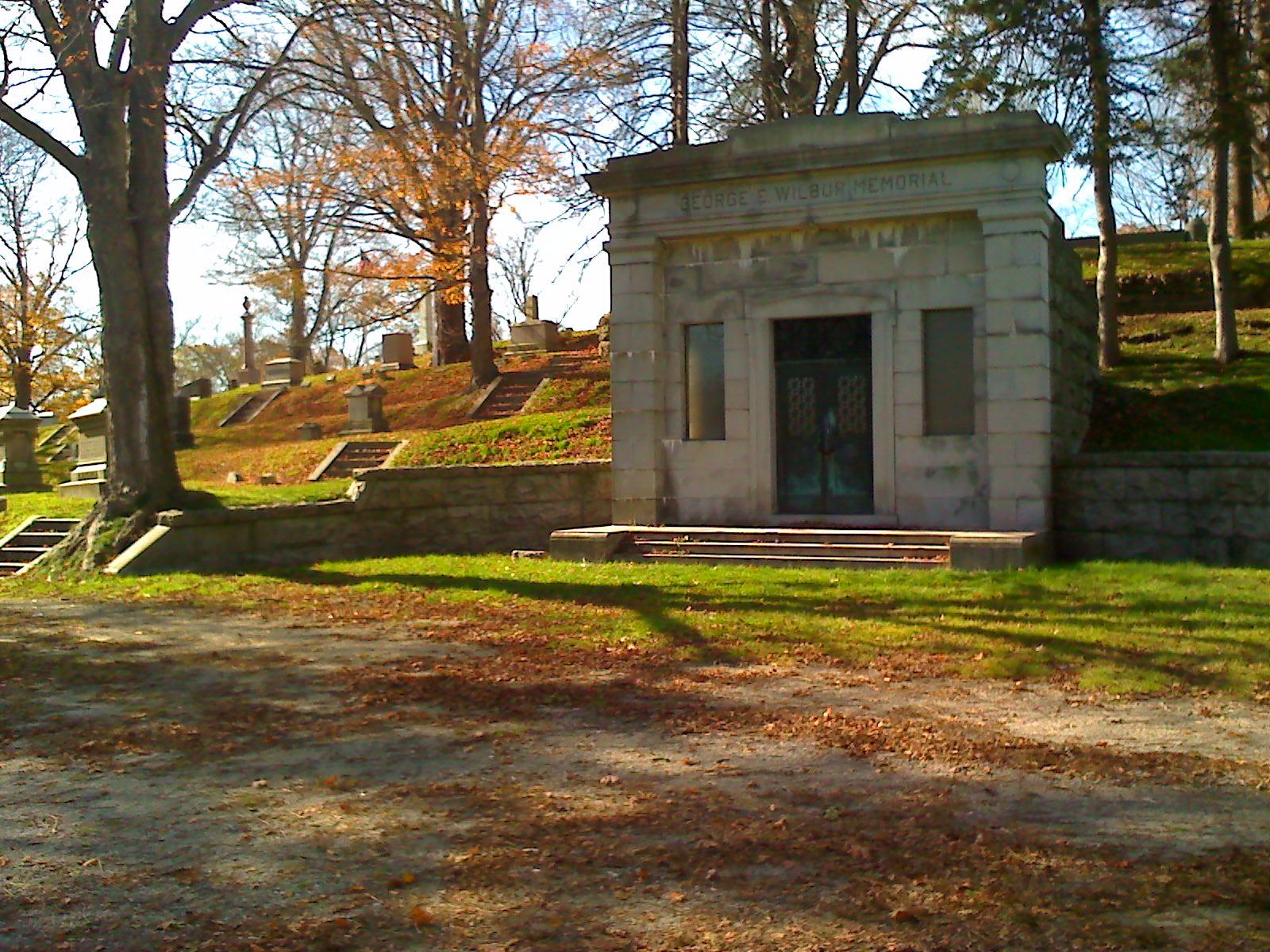 The Mount Pleasant Cemetery was officially opened on July 4, 1836.  It is a “garden-style” cemetery as opposed to a simple, dreary burying ground.  The cemetery was the first of its kind in the City of Taunton and the third in the state.  The Pere Lachaise Cemetery in Paris and the English Gardens are the inspiration for these landscaped burial grounds in America.  The first public garden was established in Boston, near the common, just a year after the Mount Pleasant Cemetery was opened.

Mr. Samuel Crocker was a wealthy businessman and politician in Taunton.  In 1835, he deeded a parcel of his own land to be used for the new cemetery.  Previously, the King family had their own small burial ground on the land.  Their graves continued to lie in the new cemetery, as well as the graves of important politicians and veterans of several wars, including Queen Anne’s War; the American Revolution; and the War of 1812.

The cemetery was transferred to the City of Taunton in 1985.  In 2002, it earned a spot on the National Register of Historic Places.

Who is buried in the Mount Pleasant Cemetery?

There are several men and women buried in the Mount Pleasant Cemetery who were important to Taunton’s strong history.

Samuel Leonard Crocker (1804-1883).  Mr. Crocker was the man who provided the land for the cemetery in the beginning.  He was born in Taunton in 1804 and became an established businessman and politician representing the area.  He served as a member of the Massachusetts Governor's Council in 1840 and then as a member of the U.S. House of Representatives from the Massachusetts 2nd District from 1853-1855.  Mr. Crocker also operated the Taunton Locomotive Manufacturing Company for over 20 years as President (1862-83). He died in Boston in 1883 and was interred at the Mt. Pleasant Cemetery.

Darius Nash Couch (1822-1897) was born in Putnam County, New York in 1822. He served in the U.S. Army during the Mexican War and as a general in the Union Army during the Civil War.  Couch was also a naturalist and a merchant.  In 1865, he vied as a candidate for Governor of Massachusetts.  He didn’t win that campaign, but he did serve as the U.S. Collector of Customs from 1866-1867. He died in Norwalk, Connecticut in 1897.