History Museum on the Square

The History Museum on the Square is dedicated to preserving and promoting the history of Springfield and Greene County. This regional history museum is an expanded educational destination for Springfield and its visitors. Located on historic Park Central Square and the original Route 66 in Springfield, the buildings housing the museum have been restored to preserve and share the rich history of the city. The History Museum was voted USA Today's Best New Attraction 2019!

The History Museum on the Square is located on historic Park Central Square and the original Route 66 through Springfield.

Highlights from each of the galleries at the History Museum on the Square. 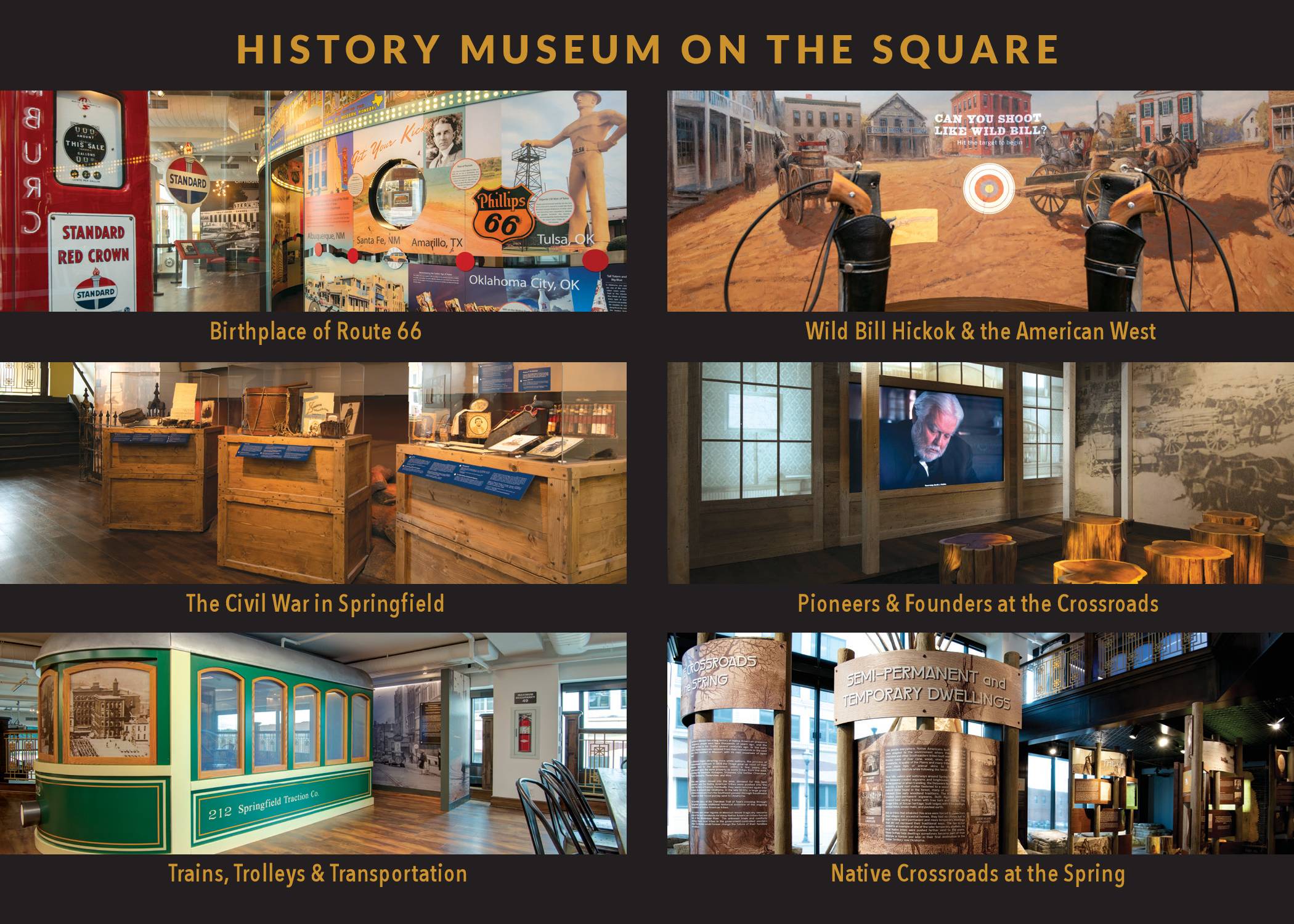 Welcome Center at the History Museum on the Square 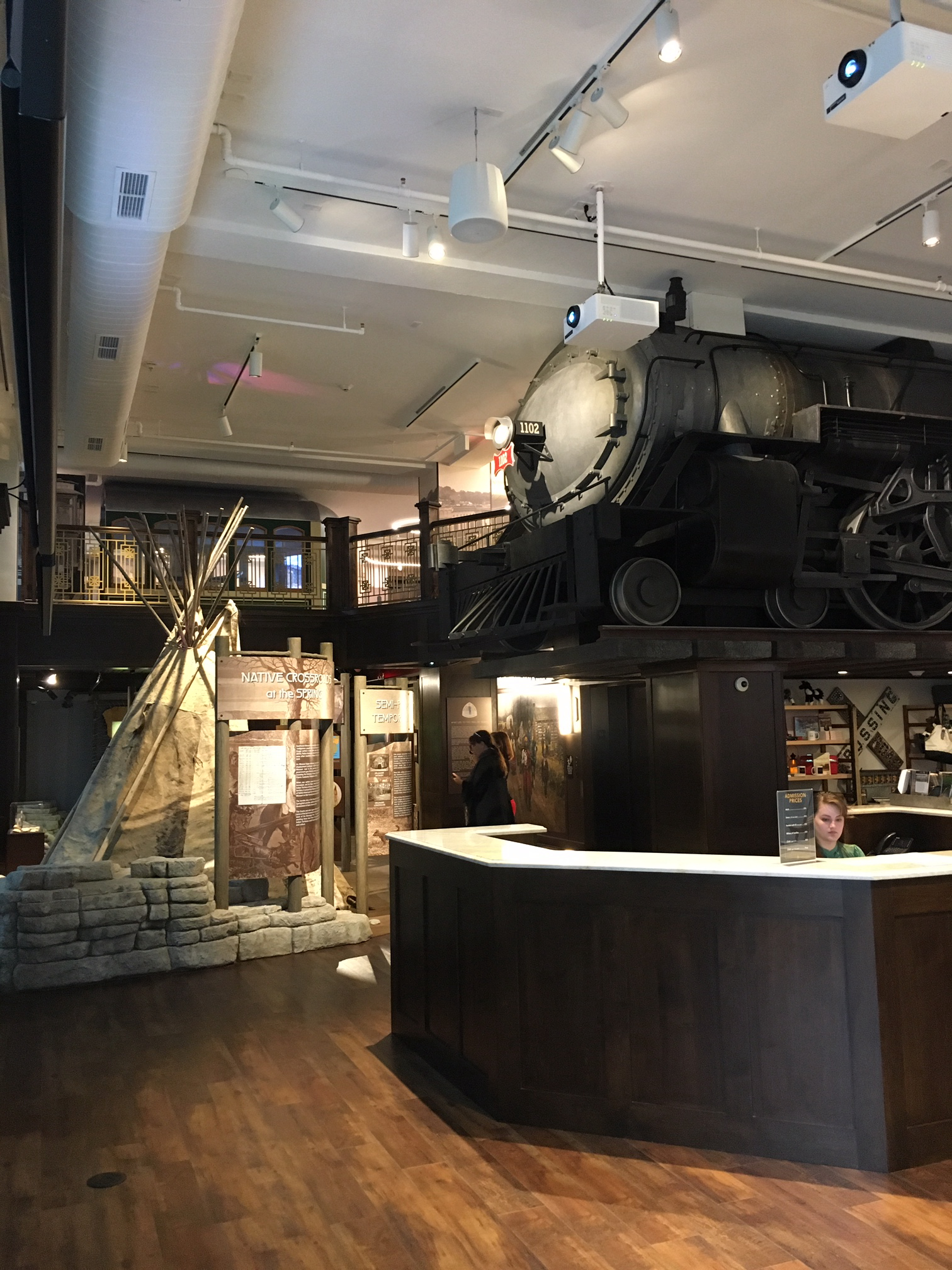 Step inside the front doors and find yourself immersed in history. From a touchscreen table featuring Springfield "then and now" to gallery introductory videos, the Welcome Center provides interactive experiences as you begin your visit. In the Welcome Center you can also find stamps for the Missouri Civil War Passport and the National Park Service Trail of Tears Passport.

The History Museum on the Square features six main galleries highlighting the rich history of Springfield using innovative technologies and traditional approaches to engage visitors. These permanent galleries tell the stories of significant events in Springfield and create distinct and intentional dialogues about objects, individuals, and history– dialogues that will foster examinations of unique aspects of Springfield, Greene County and its people. A rich and vast collection of artifacts, photographs, and the “voices of history” are combined using innovative technologies. The galleries explore topics of Native Americans in Southwest Missouri, founders and pioneers, the Civil War in Springfield, Wild Bill Hickok and his infamous shoot-out on the Square, transportation history, and Route 66. Voices of History is the temporary gallery space that has rotating exhibits and traveling exhibitions on display throughout the year.

The History Museum on the Square welcomes visitors of all ages with hands-on interactions in the galleries, games to play, short films to watch, and artifacts and photographs to explore.

The legendary Wild Bill Hickok was a gunfighter, scout, lawman, and gambler. He is known in Springfield for his infamous shoot-out on the public square, which is believed to be the first recorded "wild west" style shoot-out. Wild West shoot-outs are classified as informal and personal encounters as opposed to gentlemanly duels. Hickok came to the Springfield area during the Civil War. After the Civil War, he worked as a lawman in Springfield; although, Hickok was also very well known for his gambling and hot temper. One man that Hickok came into contact with was Davis K. Tutt, who ended up at odds with Hickok in July of 1865.