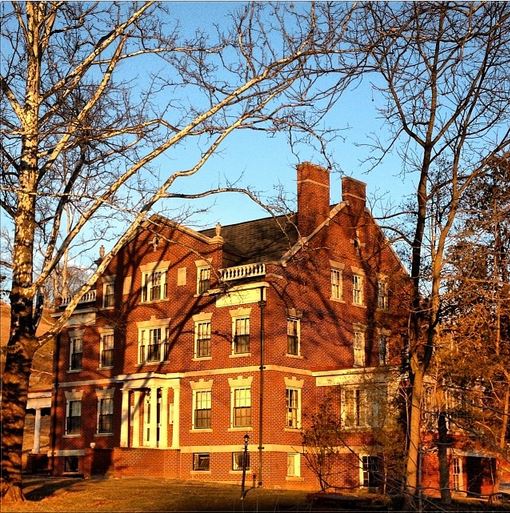 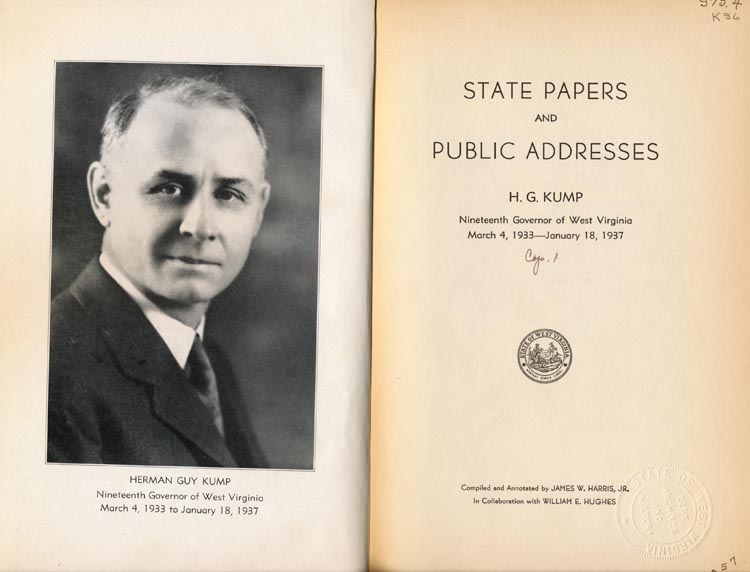 Sisters Scottie Roberts (left) and Heather Biola hold up an old campaign banner of their grandfather's. - See more at: http://www.wvgazettemail.com/Life/201208240224#sthash.uB1UILt7.dpuf 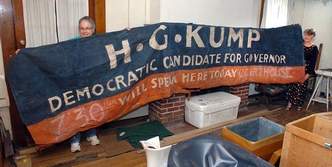 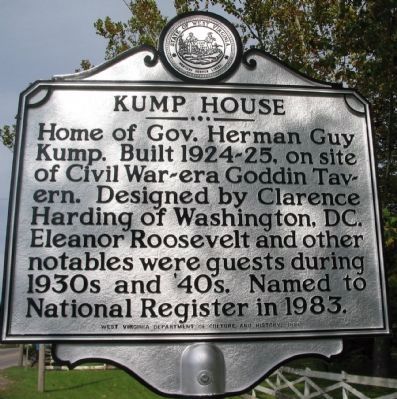 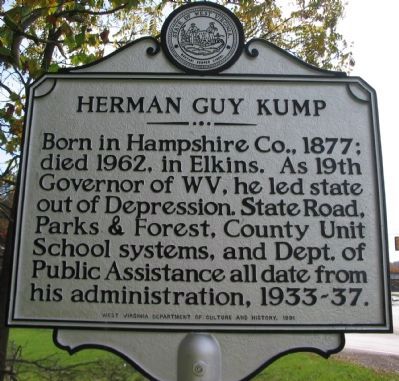 Herman Guy Kump was a West Virginia native, born in Capon Springs in 1877. Kump grew up on a stock raising farm and went to local schools until the 8th grade, when he attended the Shenandoah Normal School near Winchester, Virginia. He returned to Hampshire county to teach and later worked as a deputy county clerk before becoming the paymaster for the Consolidation Coal Company’s Monongah mine.

At the age of 26, Kump started law school at the University of Virginia. He moved to Elkins following graduation and opened up his own law practice. Like many other leading attorneys of the era, Kump's practice led him to the political sphere when he became the prosecuting attorney in Randolph County in 1908, a position he served for two terms. During World War I, he and other attorneys utilized their legal skills to help the army, serving as a Captain in the Judge Advocate General's office in Washington. Following the end of the war, Kump returned to his law practice for two years before seeking the office of mayor. After a successful election, he served as the mayor of the city from 1921 to 1923.

Kump began his candidacy for Governor of West Virginia in 1932, just as the full effects of the Great Depression were being felt throughout the state and nation. Kump defeated Republican T. C. Townsend and became the Governor of West Virginia in 1933. He was the last Governor to be inaugurated in March, and the first to be inaugurated at the current state capitol. During his tenure in office, West Virginia faced one of the highest unemployment rates in the nation. His inaugural address as governor identified the need to stabilize the banking sector while also stimulating private businesses, but much of his time in office focused on promoting public works projects throughout the state.

Upon taking office, Kump called for a special session of the state legislature; The legislature met for 240 days- the longest session in West Virginia history. During this session, the legislature reorganized the State Road Commission and passed legislation authorizing the transfer of authority for maintaining 31,000 miles of secondary roads from the counties to the state government.

The Depression did not end while Kump was in office, however his efforts to secure unemployment insurance and promote federal works projects helped many throughout the state whether some of its leanest years. Kump left office in 1937 and returned to Elkins, WV where he continued practicing law. He attempted to run for United States Senate in 1940 and 1942, but was defeated both times.

Kump passed away in 1962 and was interned in the Beverly Cemetery in Randolph County. Mary Gamble Kump, Kump's youngest daughter, took control of this historic house. In 2008 Mary gifted the home to the city of Elkins with the understanding that it would be used for educational purposes, with programs that promoted citizenship and education for children and youth. In 2010, The Kump Education Center was established and maintains its headquarters in this historic home. The center maintains a schedule of events and programs designed to fulfill Mary Kump's vision for promoting education and citizenship by collaborating with the faculty of several local colleges and other educational institutions.