The Egyptian Building as it looks today 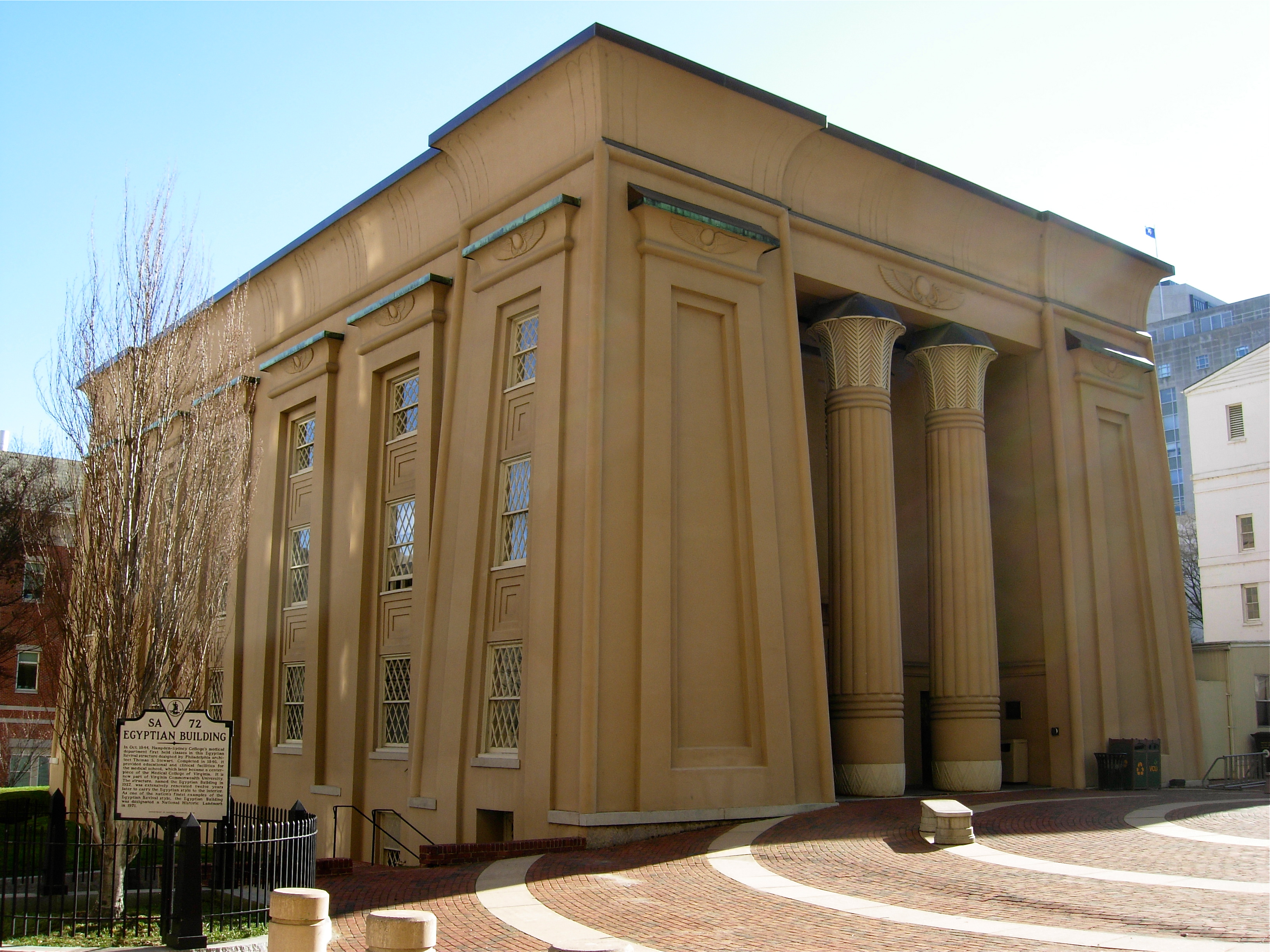 1840s-1850s drawing of the Egyptian Building. Courtesy of VCU's Department of Neurology. 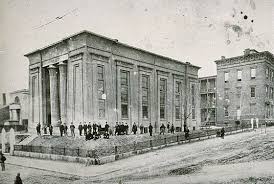 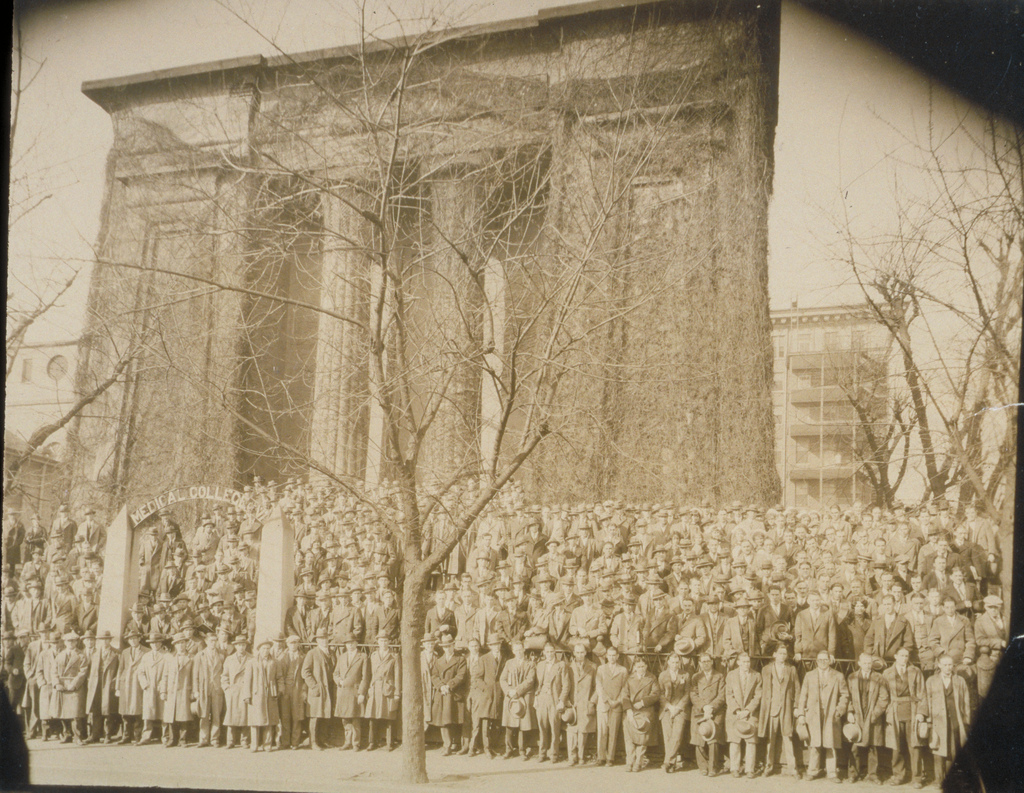 One of the building's classrooms. Courtesy of VCU 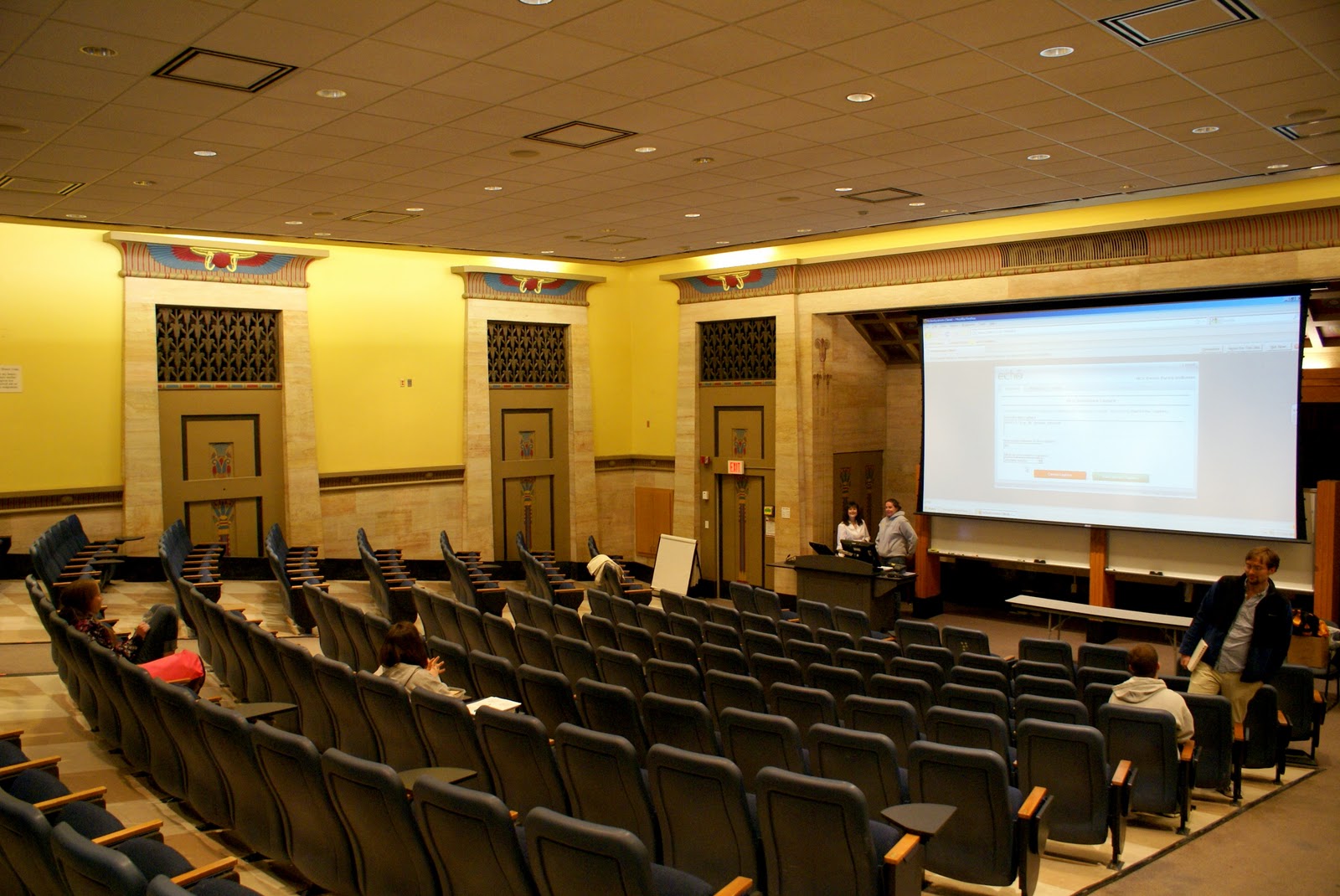 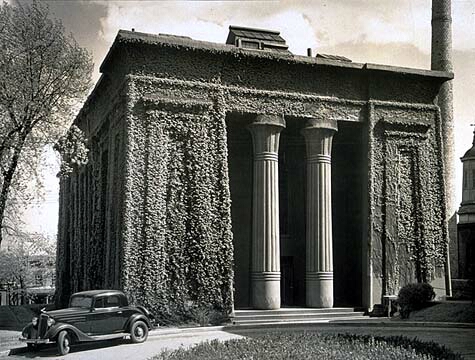 The board for Richmond's Medical College had been housed in the old Union Hotel in town and knew there was a strong desire and need for an official building to be the home for the city's medical college. To make this dream and reality, the college and city hired Ireland-born, Philadelphia-raised architect, Thomas Somerville Stewart. This was a convenient choice since Stewart was already in town having just completed the St. Paul church. The new building was called simply "College Building" when finished. After a while it became known as the "Old College Building."

As the construction was finished in 1845, medical students poured in to learn their skills. The Egyptian Building did not only have medical lecture halls, but also a dissecting room and an infirmary, as well as hospital beds.  Although great efforts have been made to keep its exterior as it was originally intended, the interior has been renovated multiple times, since the building has been in continuous use since it first was opened to students.

In 1939, the building was restored in honor of an 1862 graduate of the college, Simon Baruch. The restoration included Egyptian revival architecture, which would give the building it's current name, the "Egyptian Building."

This five-story building is made mainly of brick, cast iron, and stucco. The impression of both solidity and height is achieved by a combination of the building’s walls, which are thicker at the bottom than at the top, and the minimal diamond-paned windows. Also relevant are the Egyptian Building’s columnns, each has a delicate palm-frond pattern on its capital while its shaft represents bundles of reeds.

The traditional Egyptian symbol of the Winged Sun, traditionally associated with the divine, appears repeatedly in the cornices that cap the pylons. Certain areas of the interior have maintained the Egyptian Revival style, and hieroglyphics celebrating to the gods Amun and Aten decorate the antechamber to the auditorium. Similarly, the floor tiles in that room portray a scarab beetle.

The building is still in use by the Medical College of Virginia (MCV), or as it's also known, as the VCU Medical Center, a branch of Virginia Commonwealth University (VCU).