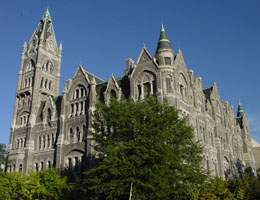 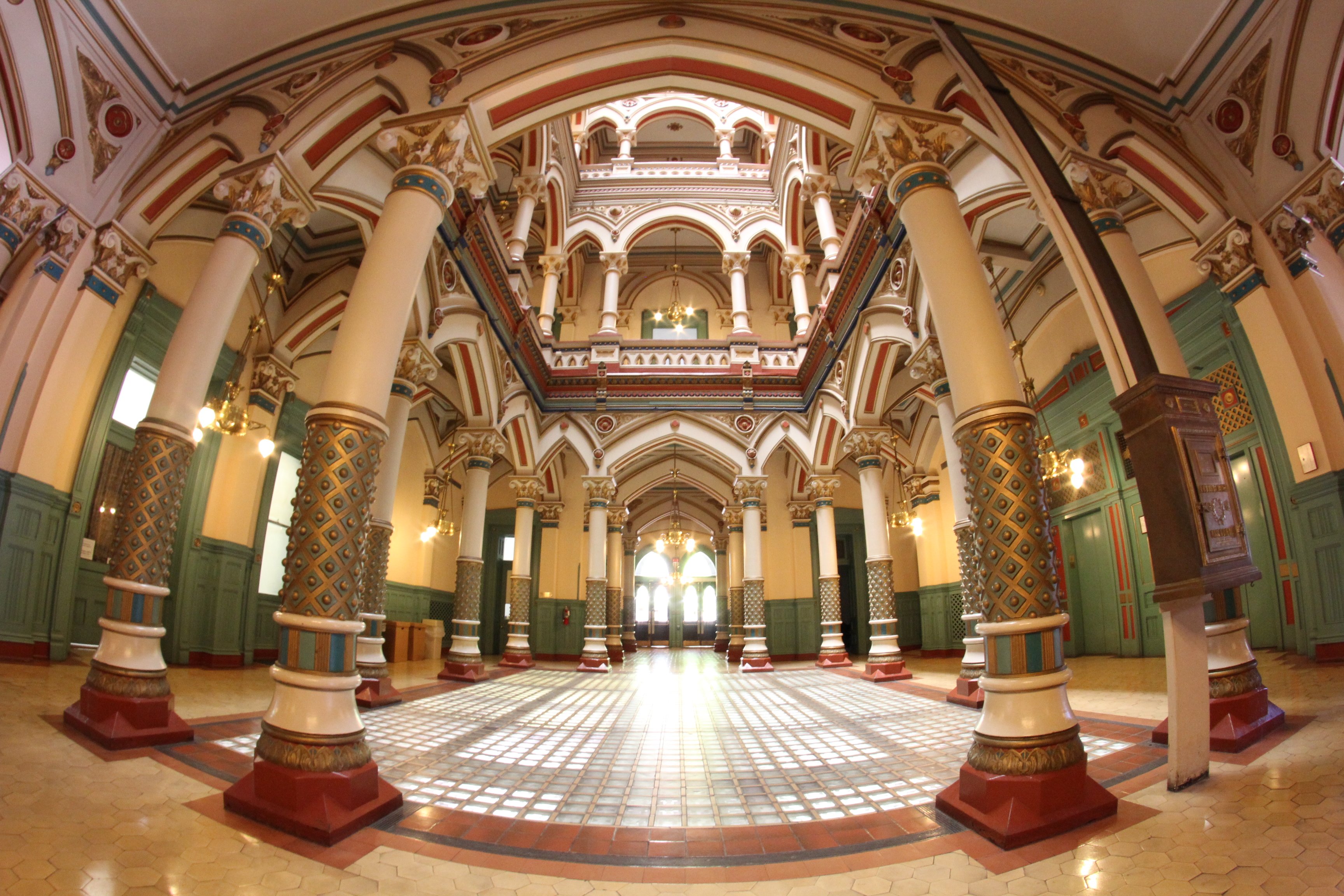 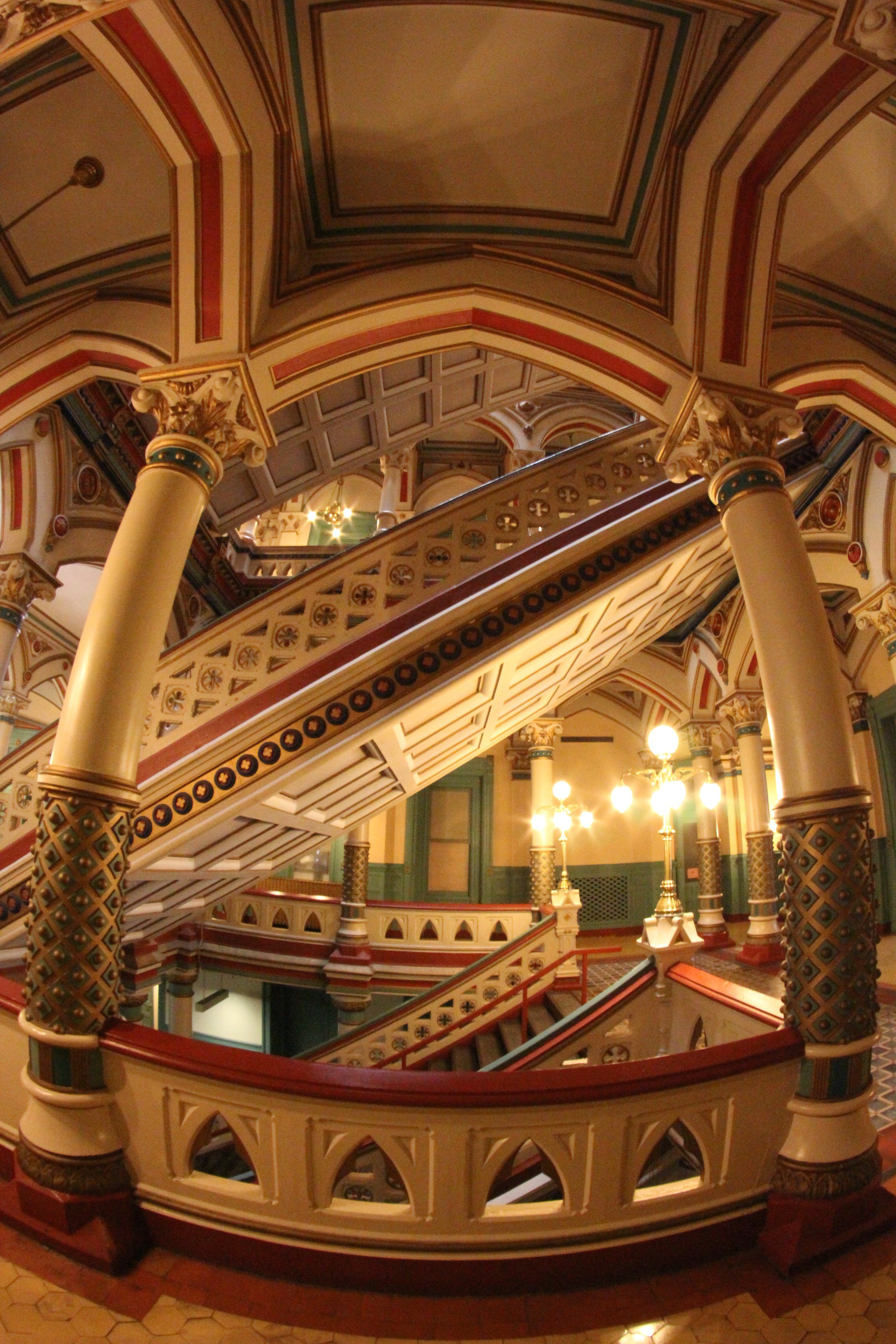 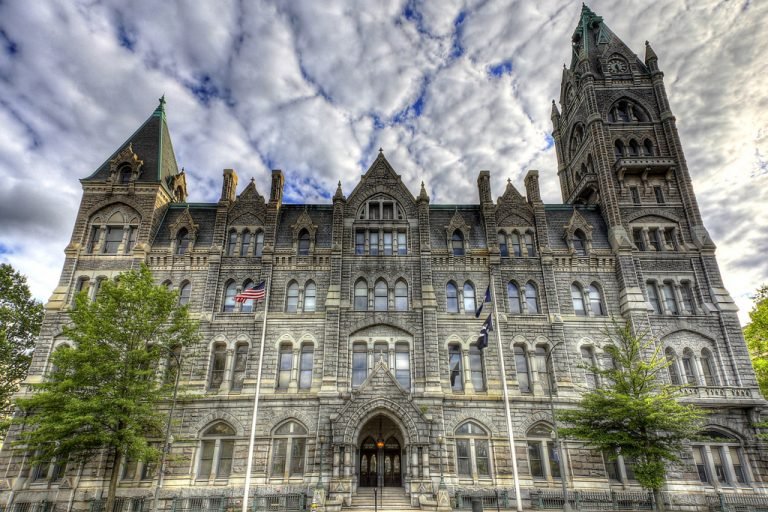 Exterior in 1971 (image from National Register of Historic Places) 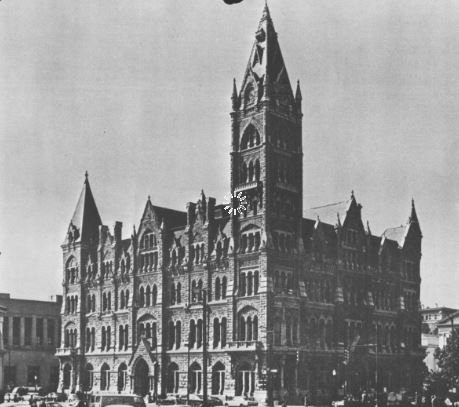 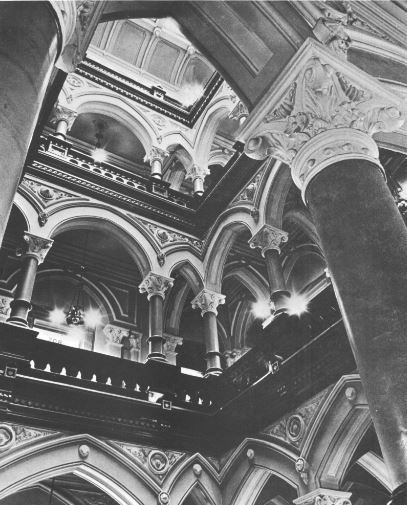 The block now occupied by Old City Hall once held three notable buildings: Governor Edmund Randolph's House, built around 1800; the first City Hall, built in 1818; and the First Presbyterian Church, built in 1853 and moved elsewhere in 1873. After a fatal collapse of the gallery in the first City Hall in 1870, it and the Randolph House were both demolished to make room for a new City Hall. Wilfred Cutshaw, Richmond's City Engineer, led the project, holding a national architectural competition for the design. Elijah E. Myers, designer of the State capitols of Michigan, Colorado, Texas, and Idaho, as well as the Parliament Buildings of Rio de Janeiro, won, and his plans were accepted in 1886.

The massive and elaborate High Victorian Gothic building cost over a million dollars more than estimated to construct. Supplying the project with materials required the construction of a special railway along Broad Street. Nearly all the granite was quarried locally from the James River, the stonework overseen by English immigrant James Netherwood, who brought British steam-powered saws and polishing tools to the job. Iron founder Asa Snyder was responsible for the fenestration in the atrium, while Cutshaw served as the project contractor, hiring both African-American and white locals for the labor. Unfortunately, there were racial tensions between the workers, according to local news station WRIC (link below), foreshadowing the slew of Jim Crow policies passed within the building after its completion in 1894.

After the present City Hall was constructed in 1970, Old City Hall was threatened with demolition. Through the efforts of the Historic Richmond organization, the building was saved and restored, designated a National Historic Landmark and included on the National Register of Historic Places.