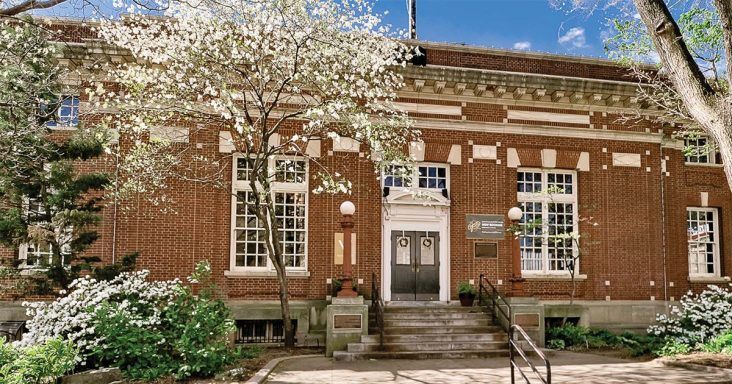 Constructed in 1911 at a cost of 1911, this building served as Fayetteville's post office until 1963. The building includes limestone arches and features elements of the neoclassical and Renaissance Revival styles of the 18th and 19th centuries. An urban renewal plan for the city in the early 1970s almost sealed the fate of this historic building, but preservationists convinced city leaders to spare the building. In the decades that followed, this building was the home of several restaurants and retailers. In July 2018, Mike Arnold acquired the building for $2.8 million. 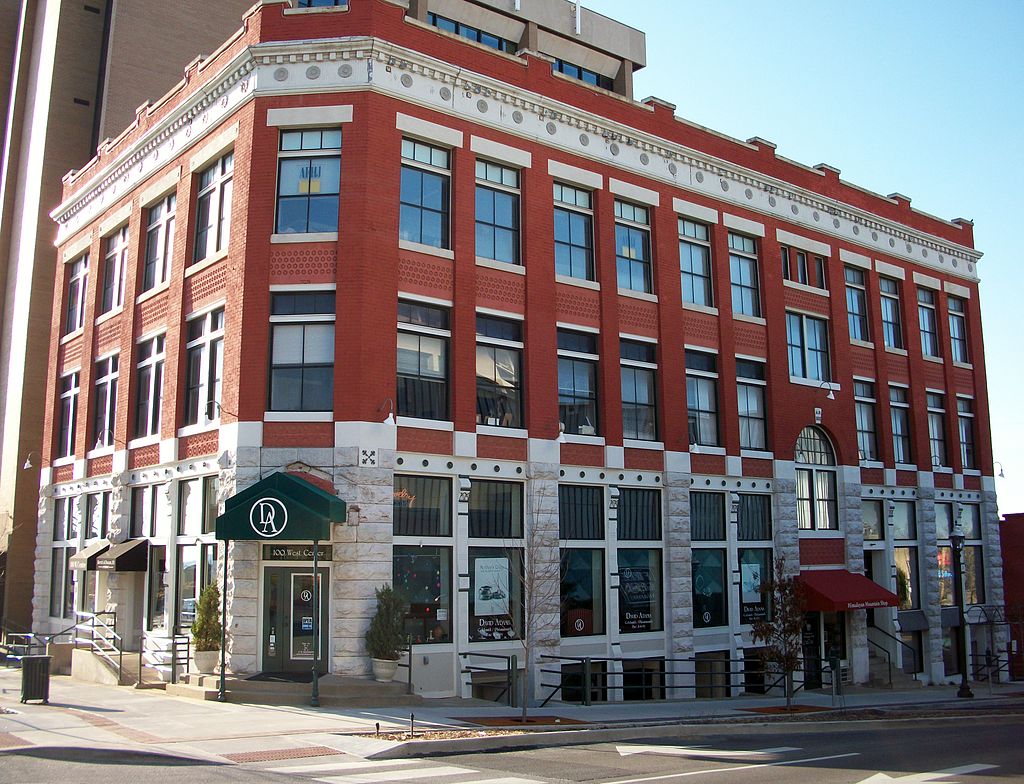 Constructed in 1889, this building was home to the Bank of Fayetteville which was chartered the previous year. In 1905, the bank received a national charter and three years later it merged with First National Bank which had been established the previous year in Fayetteville. The Great Depression led to reorganization as the bank merged with Citizens Bank which was located on Block Street. At that time, this property was vacant and became home to many businesses who rented office space in the former bank building. The building was not well-maintained in the second half of the 20th century and was nearly demolished in the 1980s but saved thanks to the efforts of preservationists and developers. The current Bank of Fayetteville which is located across the street was founded in 1980. 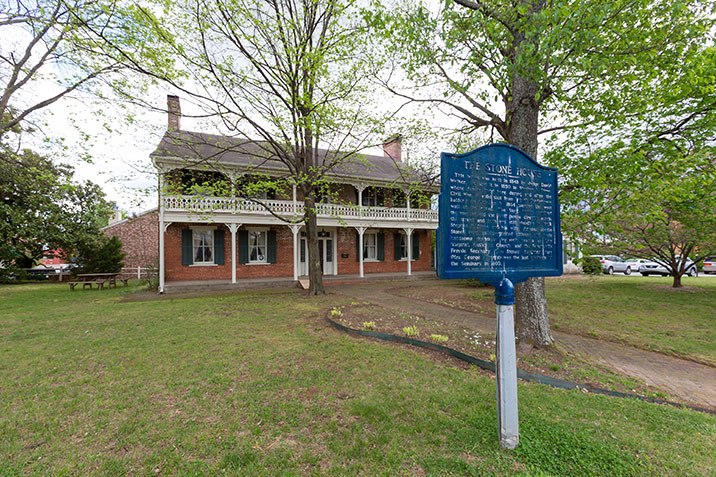 This historic Fayetteville home was constructed in 1847 for the attorney, judge, and state political leader David Walker. Local business owner Steven Stone acquired the property three years later. On October 3, 1864, the west side of the home was hit by cannon fire that came from Confederate lines as they attempted to thwart the Union advance into this part of Arkansas. The historic home fell into disrepair during the mid-20th century when it was divided into four apartments, but the building was restored by one of Stone's grandsons in the 1970s and is now the location of a local law office. 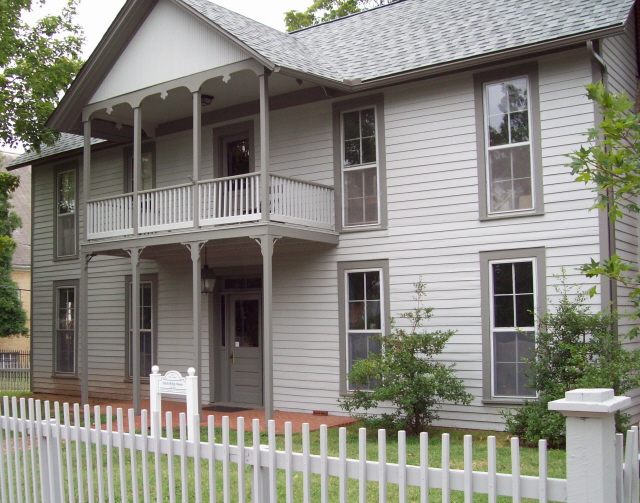 The oldest remaining house in the city of Fayetteville, this was the home of Sarah Ridge, the wife of John Ridge, a controversial Cherokee leader who made the fateful decision to sign the Treaty of New Echota in 1835 which led to the forced relocation of many other Cherokee from Georgia to Oklahoma.The Ridge family, which also included Elias Boudinot, faced hostility due to their signing the treaty. Following the assignation of her husband by other Native peoples who opposed the treaty, Sarah Ridge lived in this home. The property was subdivided and rented out for many years in the 20th century. The home was in such disrepair in the 1960s that it would have been demolished had it not been for preservationists and the Washington County Historical Society. The Society acquired the building in 1971 and conducted an archaeological study in conjunction with the University of Arkansas Museum Collections with the goal to preserve both the history of the home as well as the physical building. 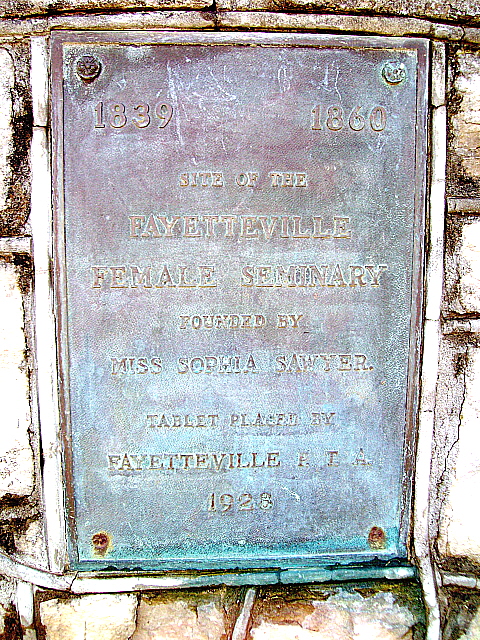 Sophia Sawyer, a former missionary teacher among the Cherokee, founded the Fayetteville Female Seminary in 1839. The school originated with classes given by Sawyer to the children of Major Ridge, a Cherokee leader who was murdered by other Cherokee owing to his support of the Treaty of New Echota which led to the Trail of Tears. Sawyer also began teaching the children of prominent families which led to the donation of this land for the purpose of a school for women. By 1854, the school had over a hundred students but that year also saw the death of its founder. The school continued for another six years and was incorporated by the state but closed at the outbreak of the Civil War. 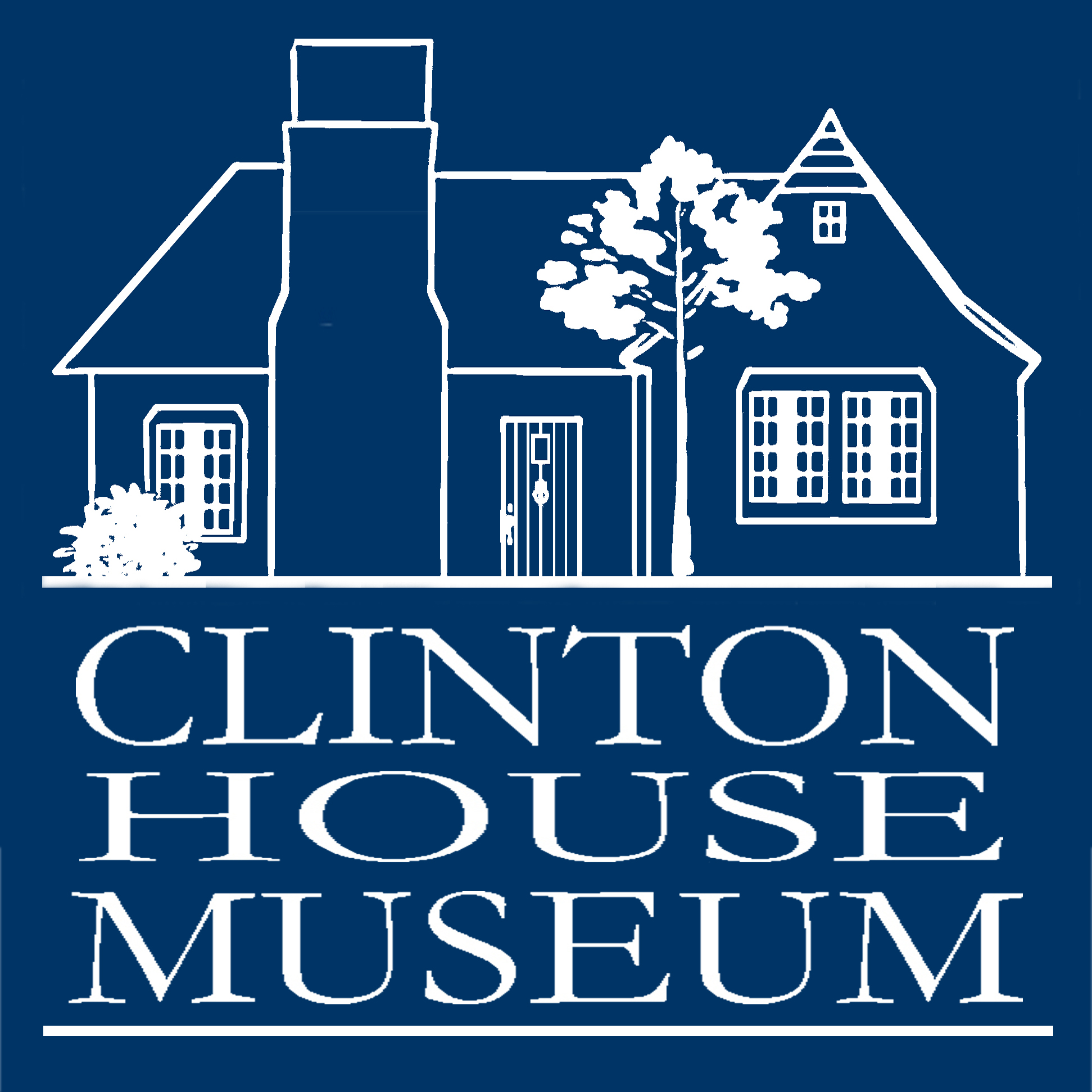 This Fayetteville house was the first home of Bill and Hillary Clinton and now serves as a museum that preserves the history of one of the most powerful unions in politics. The couple were married in the living of the home which now includes exhibits drawn from the museum's collection of memorabilia from Bill’s early political career. The museum includes exhibits related to the early lives of both Bill Clinton and Hillary Rodham, as well as information about Bill Clinton's time as governor and his two terms as President. One of the highlights of the museum tour, guests can smell the roses in the First Ladies Garden featuring favorite flowers of all the First Ladies. 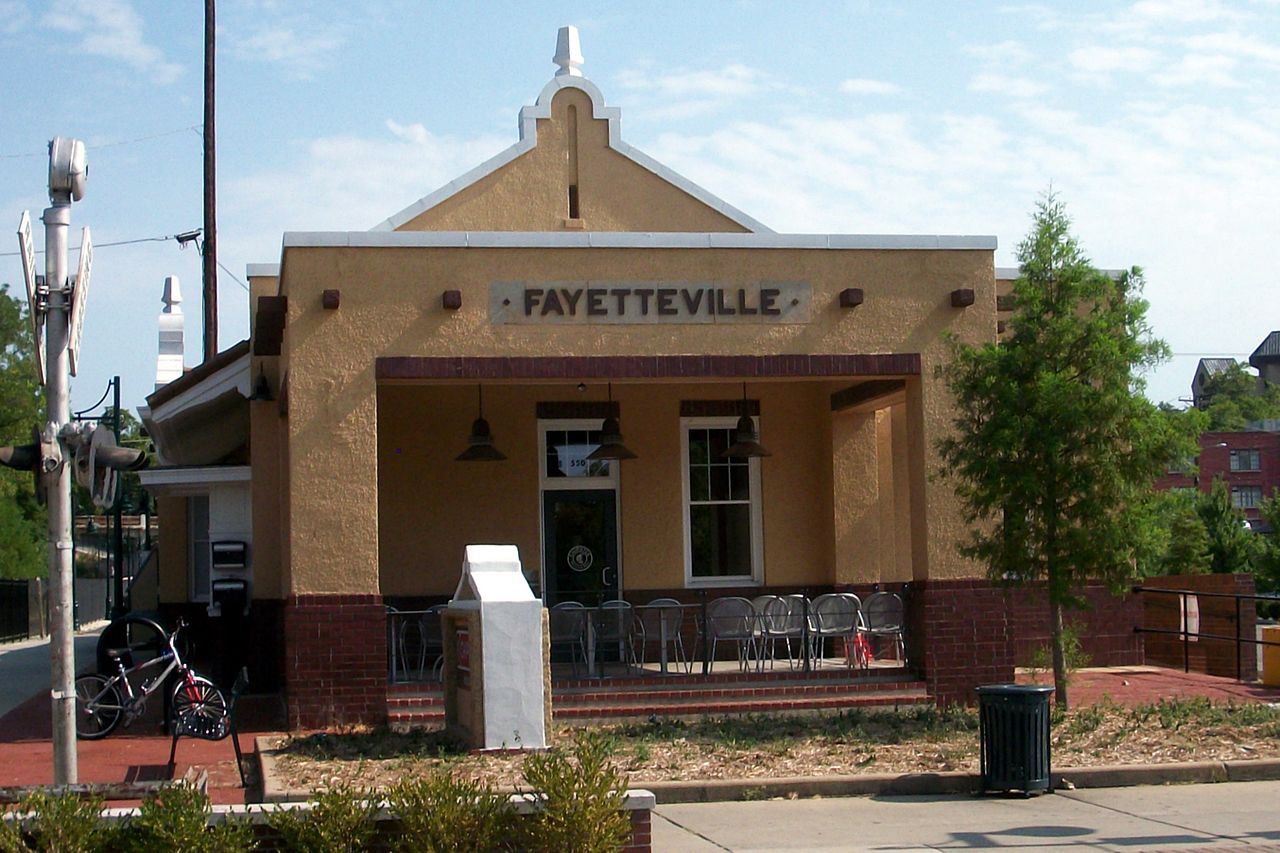 Now home to a Chipotle restaurant, the Frisco Depot is a historic train station originally built by the St. Louis-San Francisco Railway in 1897 and completely rebuilt in 1925 in the Spanish Revival style, which is unique for the city. Though it no longer functions as a depot, the building still retains its historic appearance and serves as a reminder to the heyday of railroading in Fayetteville. It was added to the National Register of Historic Places in 1988. 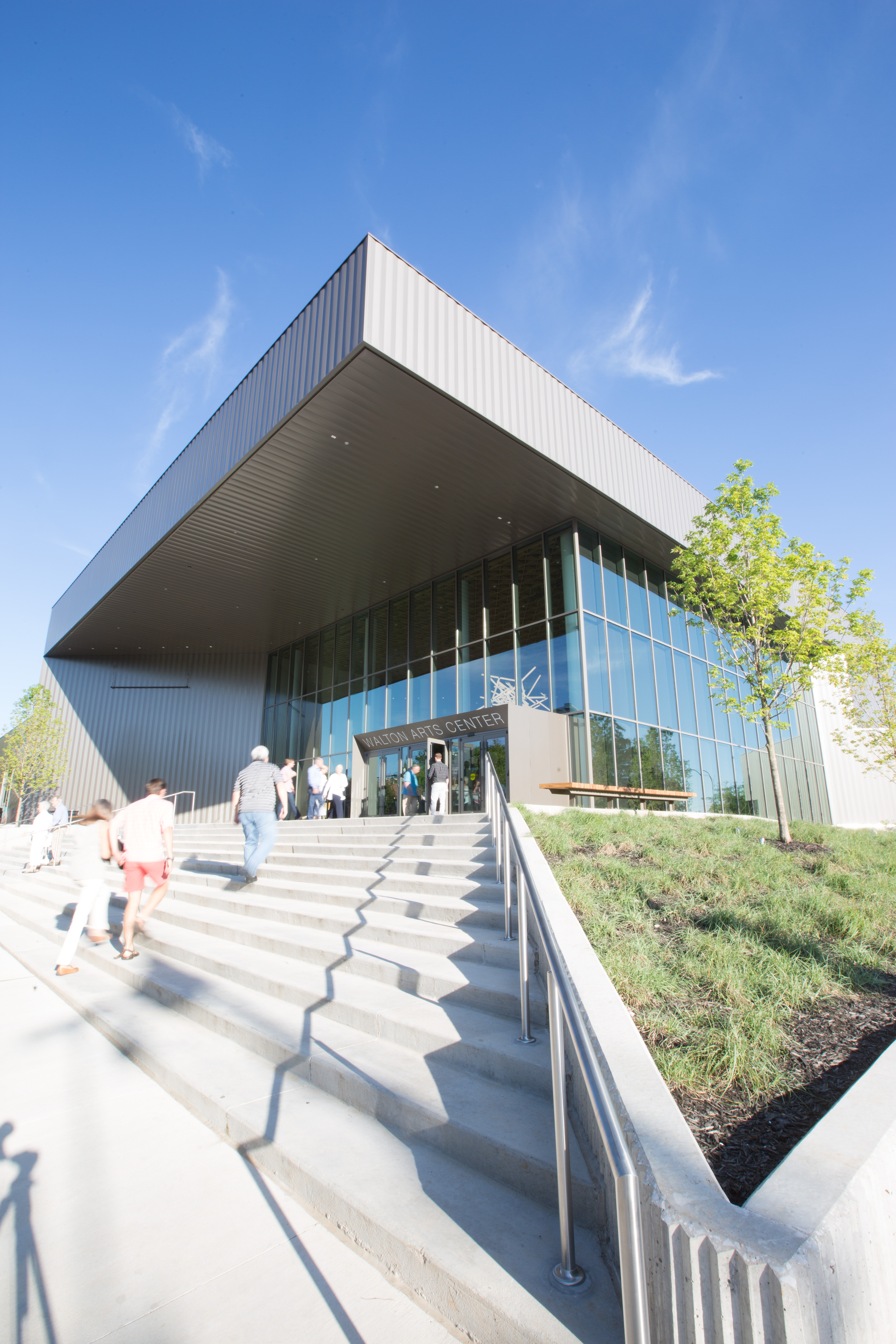 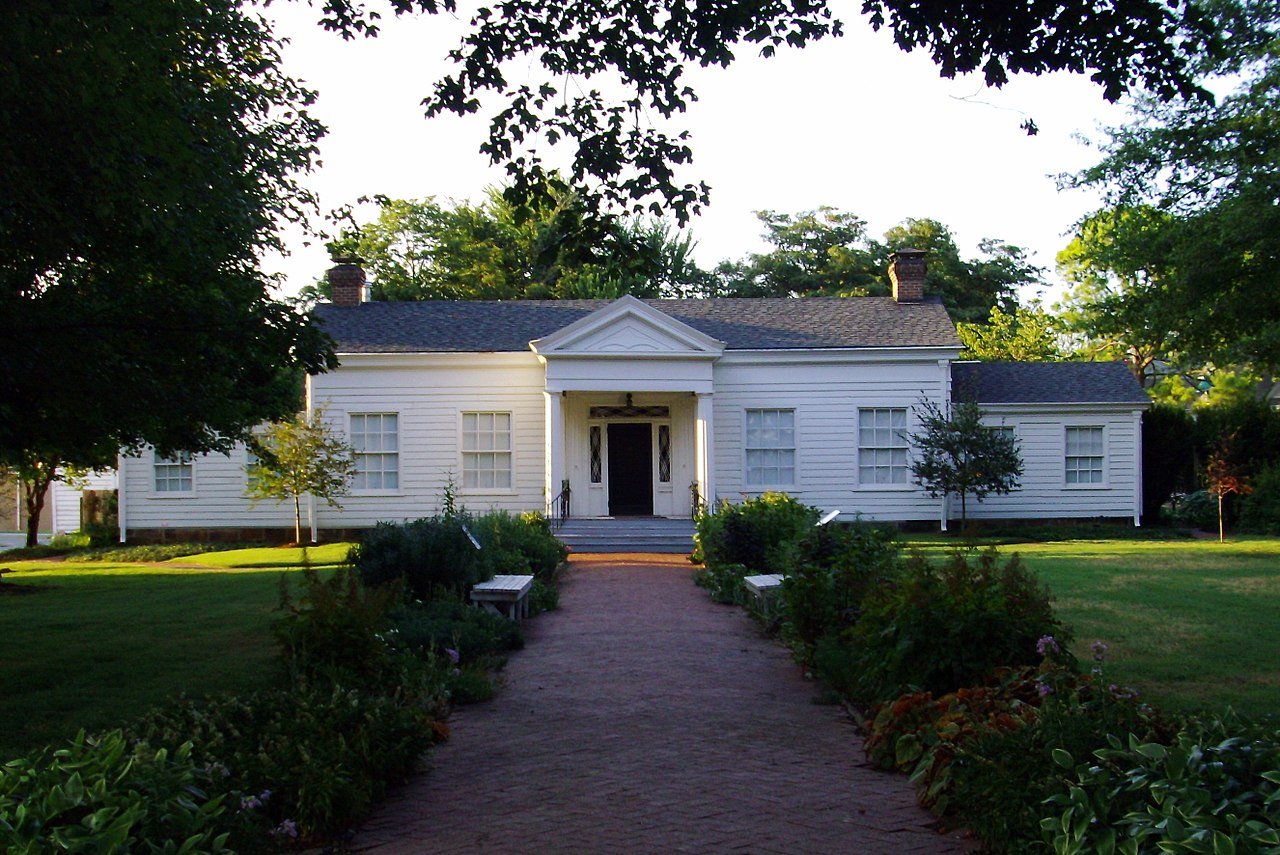 The Washington County Historical Society is headquartered in an 1853 home built by antebellum Judge Jonas Tebbetts. The home is called Headquarters House because it was used as such by both the Union and Confederates during the Civil War. When you walk into the small museum and gift shop, you can see the damage of a miniball that was fired during the Civil War Battle of Fayetteville. The Society offers group tours of the house and grounds as well as tours of the 1830s Archibald Yell Law Office, which was relocated here in the 1990s. In addition to the tours, the Society publishes a quarterly historical publication called Flashback and regularly conducts research using facilities in the region (it itself is not a research facility). The Society hosts a number of events throughout the year as well as public programming such as lectures.