The library is unique because it combines the old and the new; the 1874 University Building is tied to the Crabbe Library via the Thomas and Hazel Little Building addition. Built in 1924, the library has undergone four major additions or renovations: the Grand Reading Room addition in 1936; the major 1967 renovation, adding an entire floor; the Little Building addition in 1996; and the Noel Studio in 2010. While the library’s namesake, John Grant Crabbe, assumed presidency of Colorado State Teachers College in 1916, his foresight during his six years as Eastern’s third president made the library possible. President Thomas Jackson Coates converted the plans to reality in 1924 (the same year that Crabbe died) and the building was dedicated as John G. Crabbe Library in 1929 as “..a living testament to the light of a great man’s vision, and to that of his successors.” 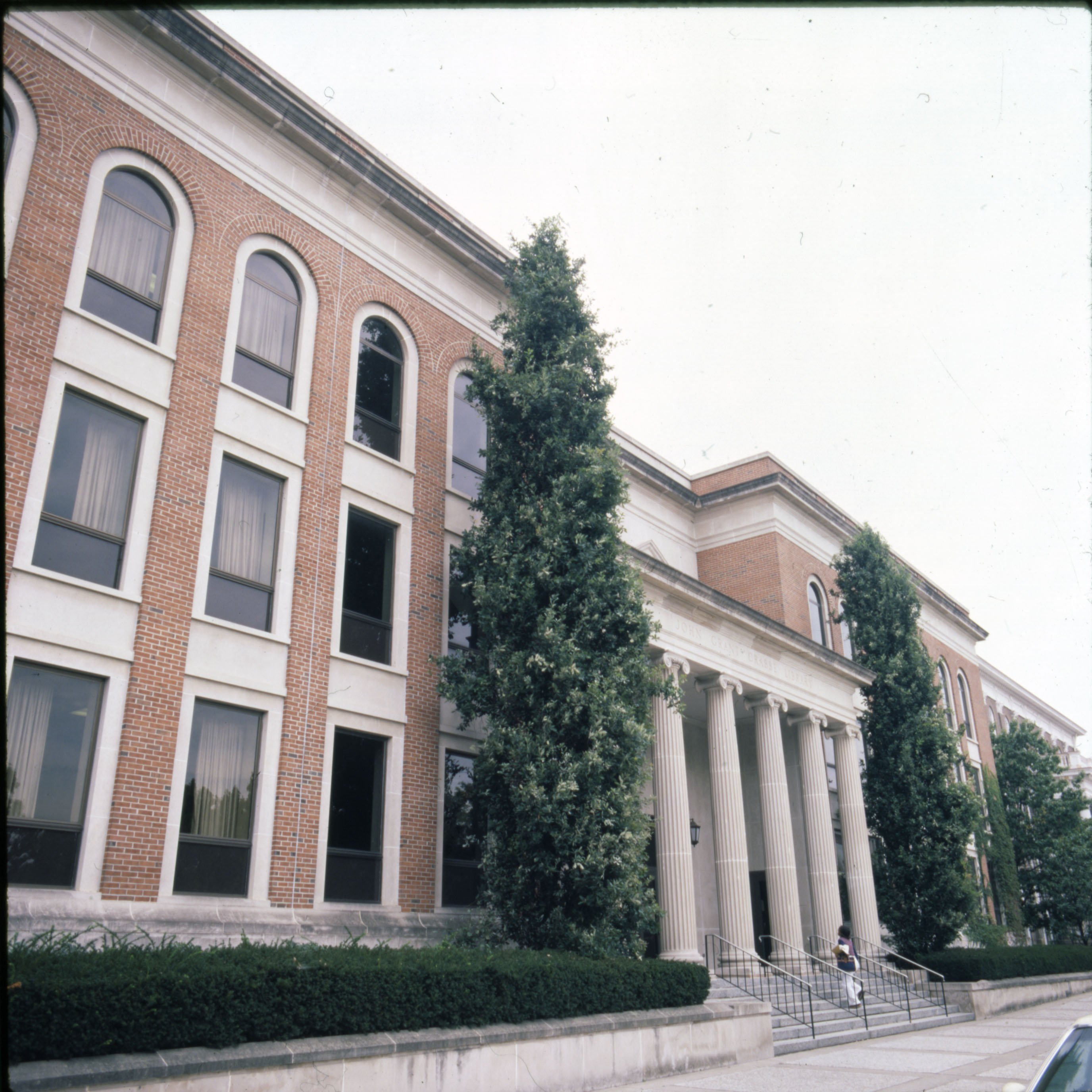 Students walking down the stair in front of the Crabbe Library. EKU Photo Collection. 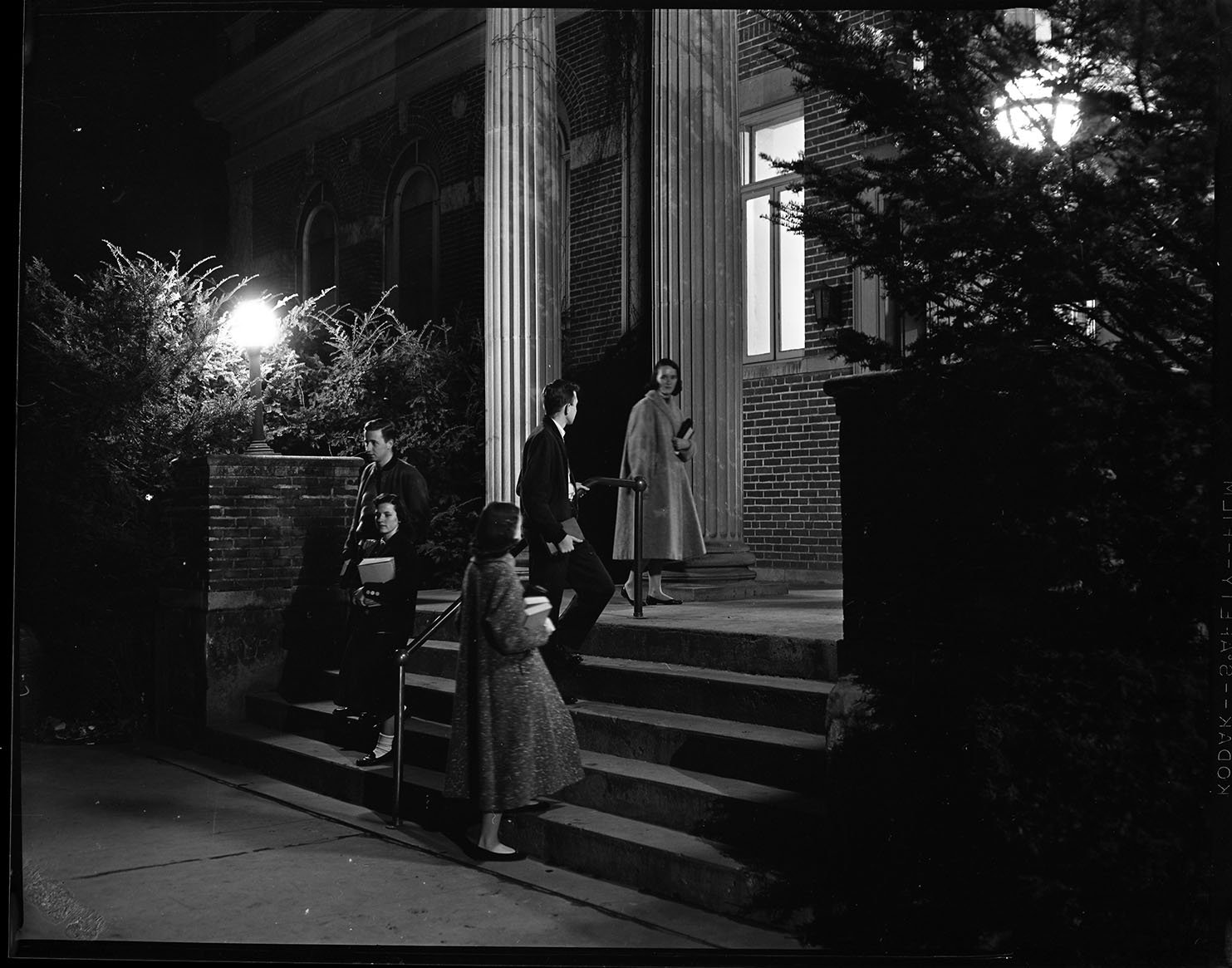 Student looking at a book in a book stack aisle, 1975. EKU Negatives Collection. 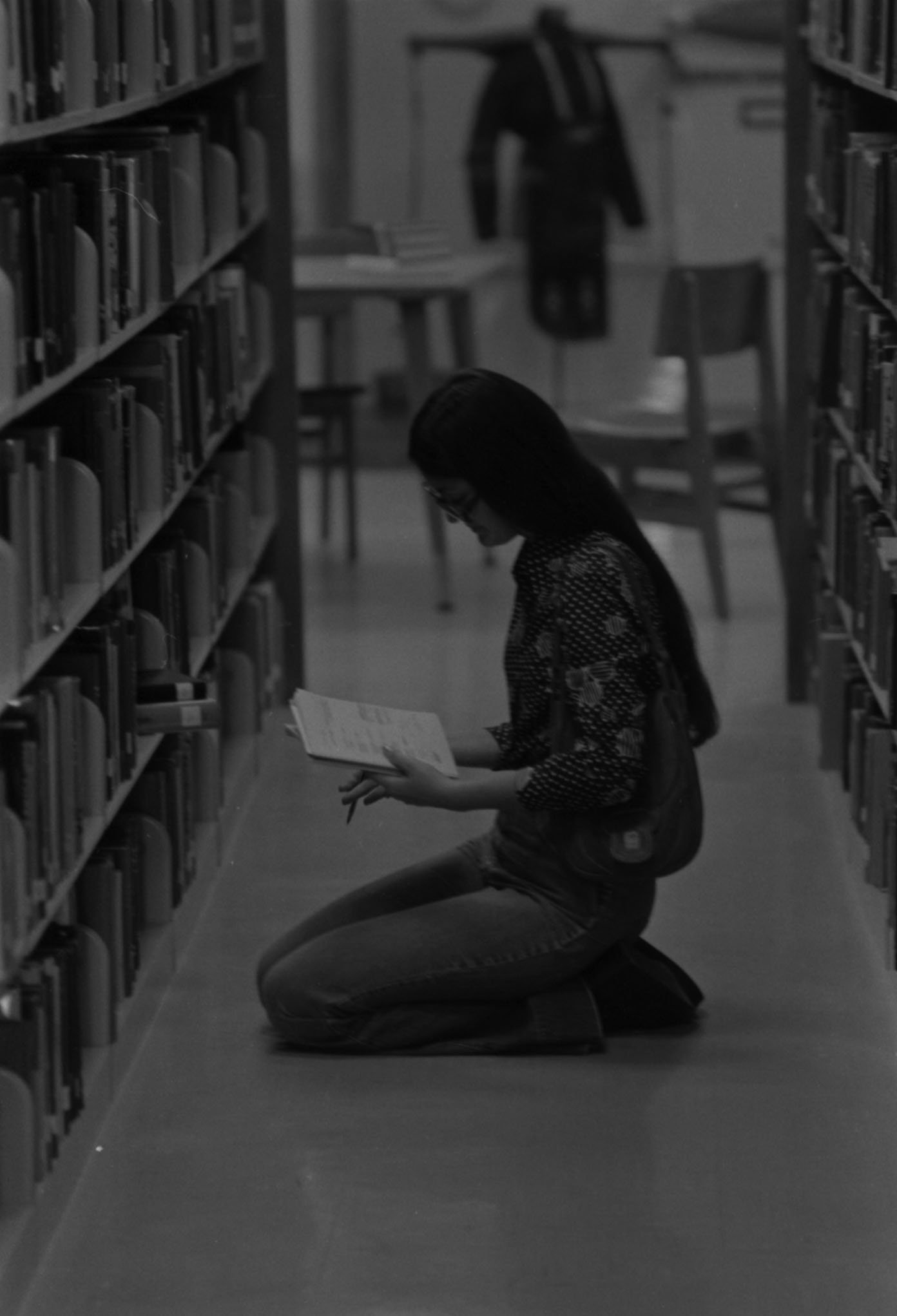