Dedicated in 1848, this monument honors George Walton, Lyman Hall and Button Gwinnett-the three Georgia colonists who signed their names on the Declaration of Independence. The monument also marks the location of the final resting place of two of the men, Walton and Hall. These two men were reburied in crypts next to this monument prior to its dedication in 1848. When completed, the monument and the burial place of these two men were located in front of Augusta's city hall. That building site is is now the location of the modern Government Complex. 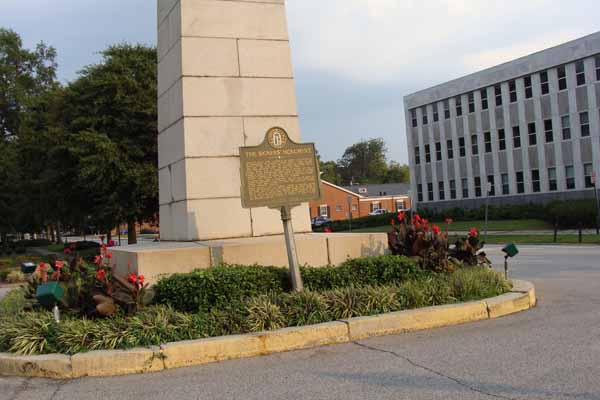 The monument was dedicated, appropriately, on July 4th with a procession of local government officials and civic groups. George Walton served as a colonel in the Continental Army and was captured by the British during the Battle of Savannah. He would go on to become governor, serve six terms in the Congress and one in the Senate. Lyman Hall was one of the representatives of Georgia at the Continental Congress. Button Gwinnett served as President of Georgia in 1777 before he died in the duel.