The Gertrude Herbert Institute of Art is the only independent educational art institution in the greater Augusta area. It offers various classes and workshops and holds changing exhibitions throughout the year. The museum is housed in the historic Ware-Sibley-Clark House, which was added to the National Register of Historic Places in 1973. The building is one of the finest examples of Federal style architecture in the United States. It also features many unique elements such as a portico, bays and oval stairway. It was built by Nicholas Ware, mayor of Augusta (1819-1821) and U.S. senator (1821-1825) in 1818.

The Gertrude Herbert Institute of Art 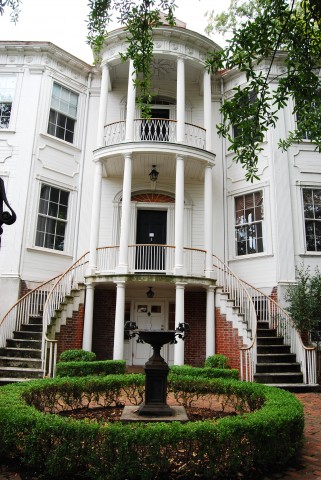 The house was very expensive to build, costing $40,000 (what would be $12 million in 2007). Its ornate architecture and interior detailing are the reasons for the high cost. As a result, the house was dubbed "Ware's folly." After he died, his widow sold the house to Richard Tubman. During the following decades a few other prominent families lived in the house including the Sibleys and Gardners.

In 1937, Olivia Herbert bought the house and renovated it. She donated to the Augusta Art Club and requested that it be named after her daughter, Gertrude, who had recently died. The club agreed and gave it its present name.

Call for information regarding hours and check website for further details