After a conflict with the local Coca-Cola distributor, Columbus Roberts, the owner of the store that was here in 1905, Claud Hatcher, determined to create an alternative beverage that he named "Royal Crown." His beverages also included Chero-Cola and Nehi drinks. The international headquarters for RC remain in Columbus, GA. 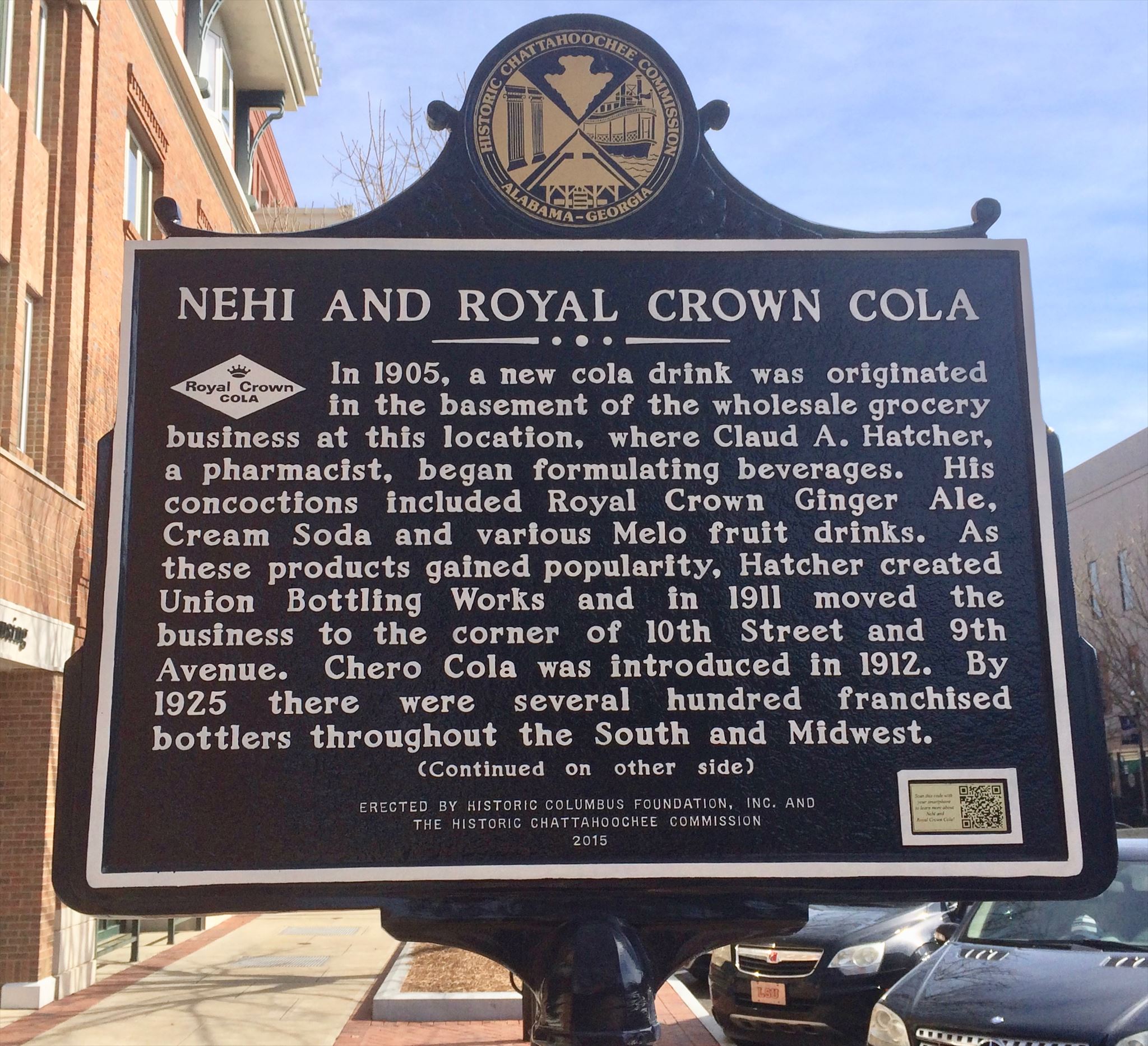