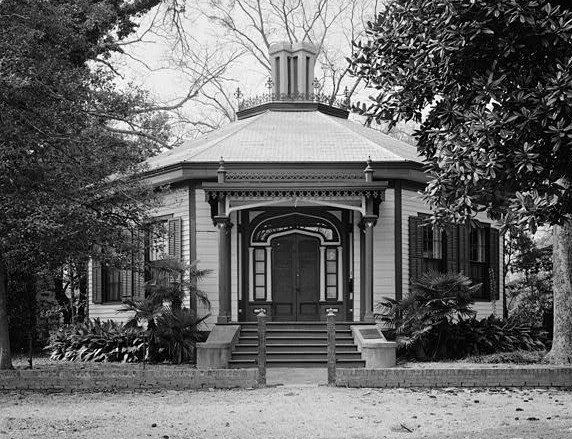 The occupants of the original part of the house were Alfred Iverson and his wife Julia Forsyth, the daughter of then governor John Forsyth. Alfred earned a law degree from Princeton and was eventually elected to the House of Representatives in 1846 and then the Senate in 1855. He is notable for being the first Senator to call for Georgia's secession (once this happened, he returned to Georgia to form a Confederate regiment; he rose to become Brigadier General and his two sons joined the army).

In 1854 a book written by a man named Orson Squire Fowler promoted the idea that houses should be built in the shape of an octagon. He believed that it provided maximum space, good ventilation and health benefits. May agreed with this philosophy and this is what inspired him to convert the house and build the addition in octagon shapes.