This historic Columbus landmark honors the life of Ma Rainey who is often referred to as the “Mother of the Blues.” Rainey was a musical revolutionary, incorporating various styles of blues, jazz, and her own personal flair into the minstrel and vaudeville acts. Her deep, raspy vocals influenced Bessie Smith and Louis Armstrong, both of whom were mentored by Ma Rainey. She wrote Elvis Presley's signature concert opener "See-See Rider" in this home. She owned the Liberty Theater and hosted many famous performers at this home when they came to perform at the Liberty. She was commemorated by the U.S. Postal Service for her achievements in 1994 with a stamp in her honor. 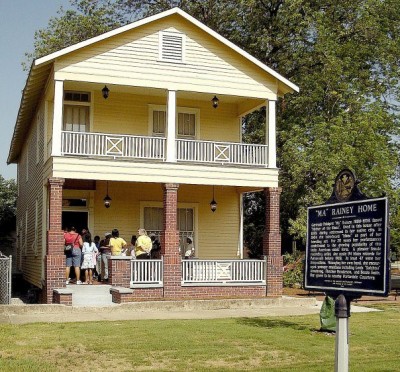