This historic Wilmington structure was the home of the carriage-making mogul, John Merrick (who had the home built for him), from 1864 to 1900. The former mansion was acquired by the Wilmington Club in 1900 and has served as that organization's headquarters to the present day. Merrick built his home during the Civil War in a neighborhood that was increasingly populated by wealthy residents. In 1900, the Wilmington Club purchased the house. The club catered to the wealthiest of Wilmington's population, and limited its membership to white men until the 1980s when African Americans were allowed. The organization did not allow women to join until the 1990s. The Wilmington Club is the nation's third oldest dining club. 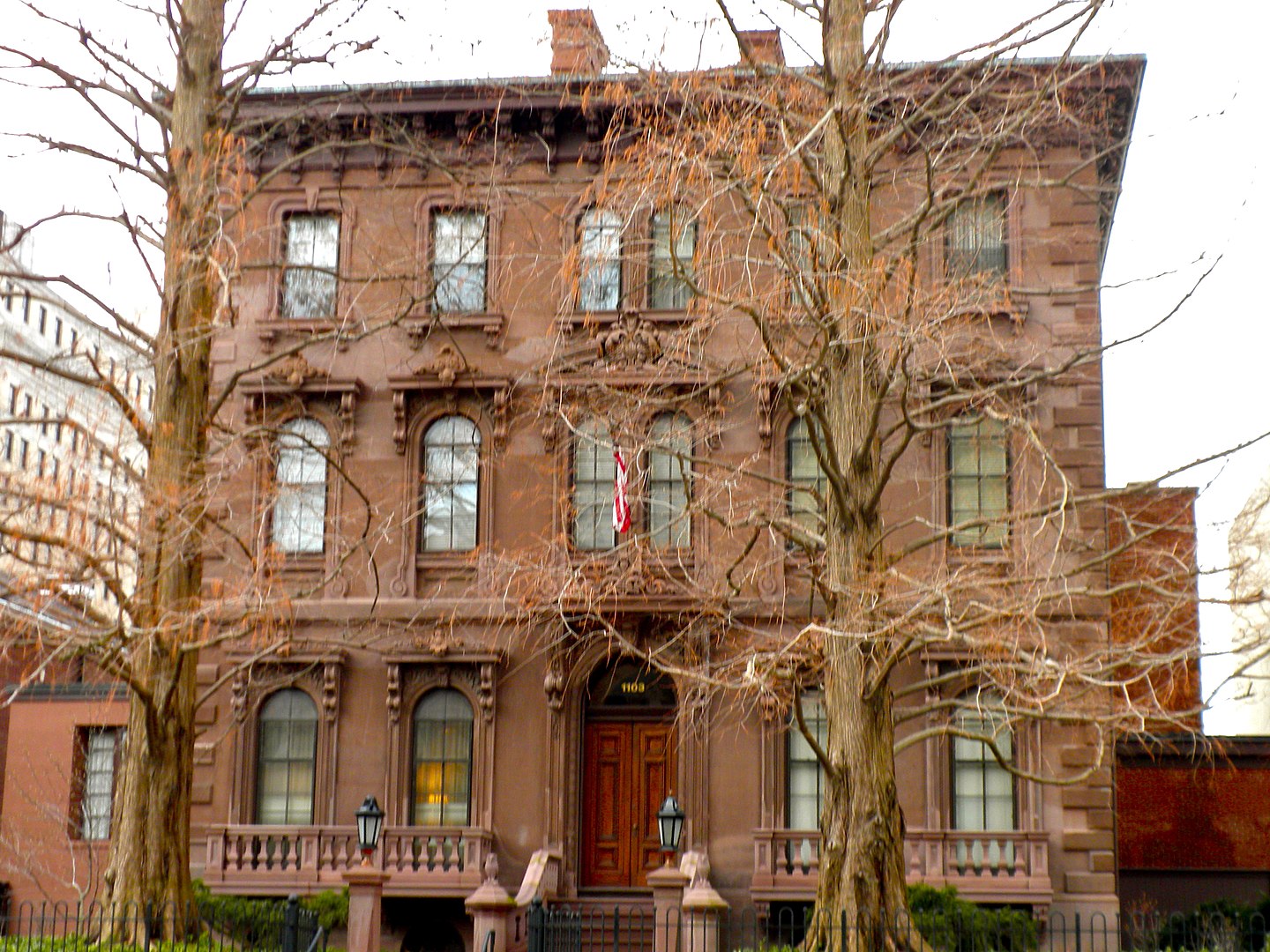 The John Merrick House, also known as Wilmington Club, built in 1864, reflects the nineteenth-century trend of moguls constructing lavish dwellings just outside of the commercial and industrial district. The Wilmington Club, founded in 1876, moved into the home in 1900. John Merrick gained fame as one of Wilmington's most successful carriage makers and gets credit for creating the nation's first steam-powered carriage factory in 1864. Meanwhile, the Wilmington Club promoted the discussion of literature, art, and history while also providing a place of leisure for members who existed among the top earners in Wilmington; thus, the historic building exhibits the city's increasing social and economic stratification around the turn of the twentieth century.

John Merrick's financial success coincided with the rise and decline of Wilmington's carriage-making industry. During Merrick's lifetime, carriage making evolved from a small, craft-oriented business to a significant enterprise that sold locally, nationally, and internationally. Despite losing southern markets during the Civil War, smart carriage businesses, including Merrick's operation -- shifted their production to filling government contracts related to the war effort, making the 1860s a time of prosperity.

Unlike most who remained cautious during the Civil War, John Merrick (1814-1889) commissioned his home in 1864, making his house one of the earliest examples of Wilmington industrialists building lavish homes as it preceded the post-war building boom. Delaware frequently lagged in architectural trends, but the Merrick House emerged at the height of Italianate popularity, which speaks to Merrick's business travels to Baltimore and other cities where the style was in vogue. The grand Italian Renaissance Revival townhouse represents the peak of upward mobility possible for Wilmington's industrious entrepreneurs during the middle nineteenth-century. Moreover, a class-conscious attitude arose, which included a geographical distinction as specific neighborhoods comprised of mainly wealthy citizens. Other grand homes that arrived later included Physician Thomas Draper's Greek Revival mansion, Civil War veteran Col. Henry McComb's Second Empire house, as well as the homes of bankers, merchants, and the first president of the Wilmington Association (later called the Wilmington Club).

By the 1880s, Wilmington's ironworking and shipbuilding industries became the town's most profitable businesses, and carriage makers of the Midwest also hurt carriage makers in Wilmington. Merrick died in 1889 as the industry declined, and just before the rise of the automobile relegated carriage making into a local craft business. Nevertheless, Wilmington's economy mostly enjoyed growth for several decades after Merrick's death, and the disparity between the town's most wealthy residents and its workers grew.

Indeed, just as the construction of the Merrick residence speaks of John Merrick's climb from a carriage-building tradesman to industrialist, the Wilmington Club's place in the home demonstrates the growing distance between the working class and Wilmington's wealthy. Purchased in 1900, the building served as the new home of The Wilmington Club, whose origins began in 1855 as The Wilmington Association. (In 1876, the Wilmington Association merged with the Delaware Club, formerly called the Attic Club, to become the Wilmington Club.) Its 1877 constitution noted that the Wilmington Club promoted "social intercourse among Delawareans and encouraging the advancements of literature and art and the preservation of our State history and traditions and by such means as they [the members] may deem expedient and proper for such purpose." Mainly though, it served as a social club for wealthy businessmen. The club enjoyed perks that few in the community had, such as a telephone booth in 1905, electricity in 1906, and a telegraph wire for receiving election results installed by 1908.

While certainly not accessible to women, people of color, or laborers (the working class), the club also did not invite members of the middle class even as they enjoyed increasing wealth. Instead, the Wilmington Club, like many of its kind, remained exclusive for those whose wealth had been established for years, if not generations. In other words, the club was not open to people looking to elevate their social position, only those who sat at the top of the social strata. It wasn't until 1982 that African Americans were allowed to become members, and women were not admitted prior to 1992.