Construction on the historic Woodward homes finished in 1754 and 1760, and served two notable families during the seventeenth and eighteenth centuries.The Woodward family, who built the homes, worked as successful rope makers and played a prominent role in Wilmington's burgeoning shipbuilding industry; the ropes were used for sails and other ship features. James Ashton Bayard followed the Woodwards. He, as well as his father, son and brothers, played a prominent role in the region as a business person and politician. James served as a lawyer and U.S. Senator who fervently opposed abolition and anti-slavery policies, believed the South had the legal right to secede, and resigned from the Senate after refusing to formally pledge an allegiance to the Union in the Senate chamber. The home survived several urban renewal projects and thus survives today as two of Wilmington's only eighteenth-century stone houses. 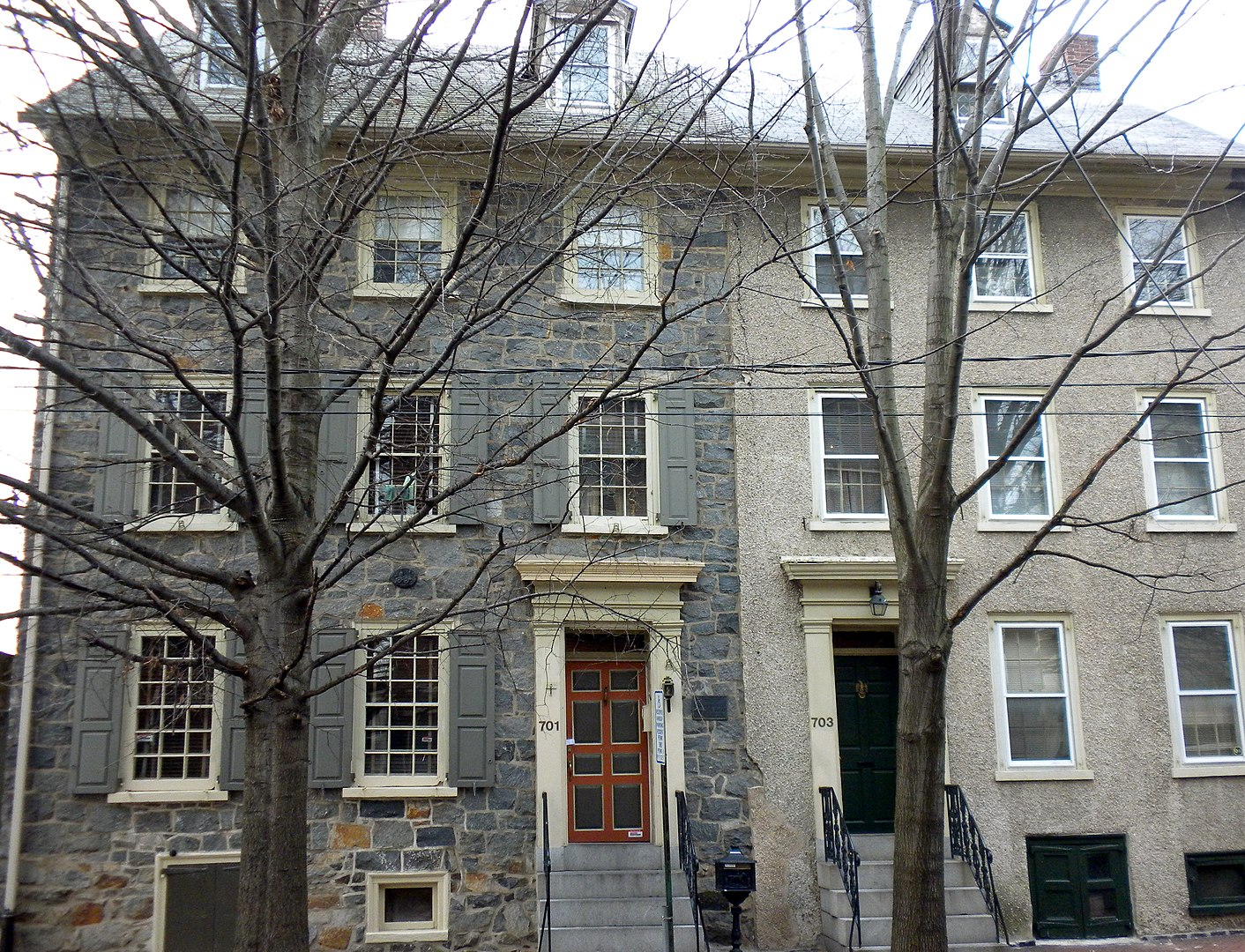 The Woodward Houses at 701 and 703 N. West Street survive as Wilmington's sole remaining eighteenth-century stone houses of a side-hall plan. Constructed in 1754 (701) and 1760 (703), the homes are exemplary Georgian-style, the prevailing architectural design in Wilmington during the mid-eighteenth century. The Woodward family produced ropes used by sailing vessels; they played a significant role in Wilmington's shipbuilding production during the eighteenth century. James Bayard, an eventual U.S. Senator and son of a peace negotiator for the War of 1812, moved in around 1820. Bayard openly opposed abolition, supported the South's right to secede, and resigned from the Senate because he refused to pledge an oath of loyalty to the Union.

Joseph Woodward, a Quaker ropemaker from West Chester, Pennsylvania, purchased the property around 1745. Originally located on sixty five acres of property known as South Shallcross Marsh, the Woodward Houses fronted West Street, a road completed in 1740. A legend attached to the Woodward Houses, notably 703, involves a hearthstone that supposedly existed as part of a platform where Thomas Jefferson stood and read the Declaration of Independence to Philadelphians. That legend, however, has never been confirmed.

Joseph likely built the houses after establishing his ropemaking business on the same grounds. In fact, a 1781 map, produced by a French military cartographer, and featured in The American Campaign of Rochambeau's Army, 1780-83, illustrates what appears to be these houses with ropemaking operation located behind them. Moreover, in 1769, when Joseph sold the property to his son, Mordecai, the deed mentions a ropewalk used in the production of sailing ship rigging; the family served as an integral component of Wilmington's broader shipbuilding industry. John Dauphin, a French immigrant, purchased the property in 1795 after Mordecai died. The lot consisted of eight-and-a-half acres of land, the stone dwelling, a covered ropewalk, and a frame used to preserve hemp.

At some point around 1820, James Ashton Bayard, a renowned Delaware attorney who served Delaware as a U.S. Senator for a span of twenty years, took ownership. His father, Joseph H. Bayard, helped negotiate the Treaty of Ghent that ended the War of 1812. However, James made a name for himself as one opposed abolition movements. He also supported the South's right to seceded peacefully from the Union; he opposed the Civil War. In fact, in 1846, Bayard represented slave owners in a civil suit against another notable Wilmington resident, Thomas Garrett, who served as Underground Railroad "stationmaster." Bayard won the case, which nearly bankrupt Garrett, still Garrett continued his efforts successfully. (See "Thomas Garrett: Underground Railroad Stationmaster (historical marker) at TheClio.com.)

Bayard opposed the Civil War, having believed the South had the freedom to secede peacefully, and some historians have argued that Bayard discussed with some that Delaware should also secede. Bayard felt strongly that the Republicans and their anti-slavery crusade deserved the blame for tearing the Union into two. Even before the war, during the 1850s, he advocated for a constitutional provision that prohibited the state legislature from enacting any emancipation policy and barred free blacks from settling in Delaware. During the Civil War, Bayard refused to swear an oath of loyalty to the Union, arguing that the pledge would be unconstitutional. When the Senate took the oath, he made a speech arguing against its legality and promptly resigned from the Senate (however, his appointed successor, George R. Riddle, died two years later, so Bayard returned and finished the remaining two years of the term).

The influential Tatnall family and part of Wilmington's increasingly prosperous business community took possession of the home from James Bayard and his wife in 1885. During the twentieth century, the story surrounding the house mostly entails its ability to survive urban renewal projects, leaving it as one of the few remaining homes from the colonial period. The two places have served as private homes, rental properties, and an Airbnb for travelers in recent years.