The Crosby and Hill Building

The Crosby and Hill Building, originally known as the McClary Building, has served downtown Wilmington as a commercial and residential space since it opened in 1859. The building has housed numerous businesses including pharmacies, the Household of Faith Church, the Crosby and Hill dry goods wholesaler and retailer, the Diamond Silk Shirt and Waist Company, the Wilmington Board of Trade Builders Exchange, and John's Bargain Basement Department Store Company. The current facade was added in 192o and today the building is home to commercial space on the lowest floor with apartments on the upper floors. 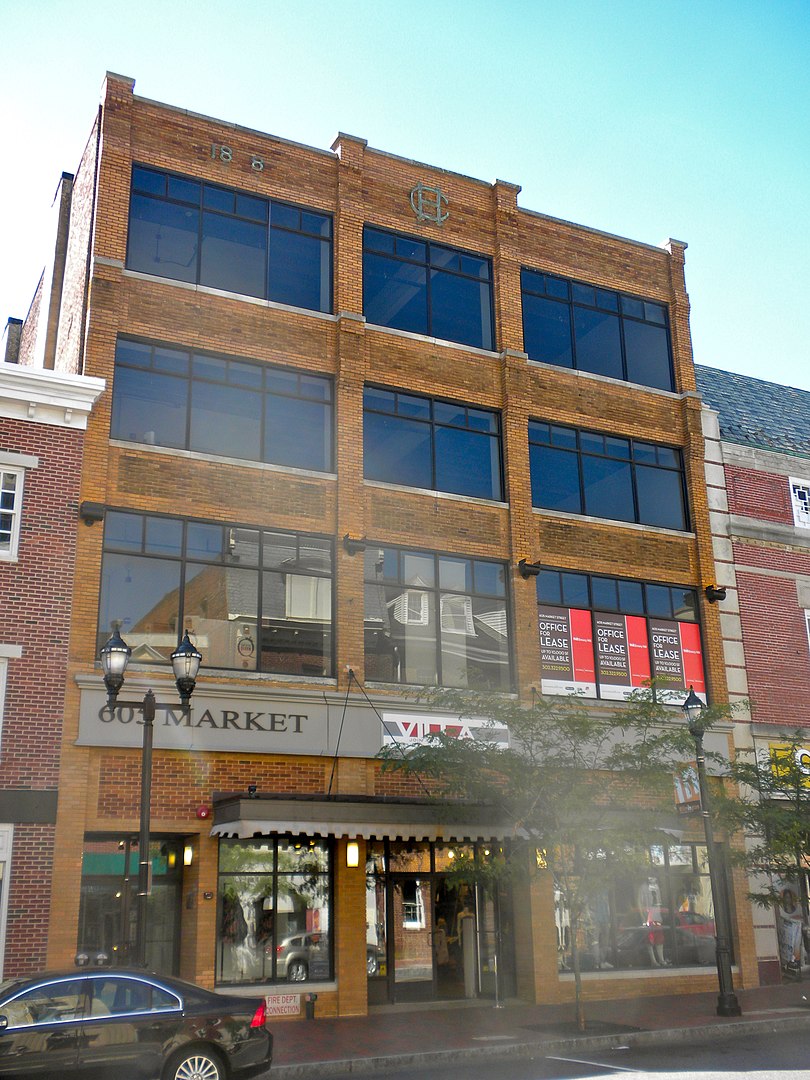 Constructed in 1859, the Crosby and Hill Building, originally known as the McClary Building, is an exemplary mid-nineteenth-century commercial building, although its facade was added in 1920. The structure has supported a church, professional offices, and various retail operations for more than a century. The building emerged at a time when Wilmington enjoyed a population boom, and its economy began to grow rapidly mainly due to its place as a port city, its highly successful iron industry, and several other commercial operations.

The four-story 1859 building filled an entire lot, comprised of 605, 607, and 609 Market Street. Samuel and Thomas McClary opened a cabinetmaking shop in 605 while two pharmacists, Dr. C. Tuller and Otto Zahrzewski, occupied 607 and lived in apartments above the store. Another pharmacist, A.H. Grinshaw, leased 609. Between 1877 and 1880, the Household of Faith Church occupied the building's upper floors after they had split from Asbury Methodist Church over a doctrinal dispute.

In 1887, William Crosby of Crosby and Hill Company, a wholesale and retail dealer of foreign and domestic dry goods, purchased the building. Two years later, the store evolved into Wilmington's largest retailing establishment. They remained in the historic building until 1959. The Wilmington Board of Trade Builders Exchange used the upper floors until 1898 when the Diamond Silk Shirt and Waist Company, (a manufacturer of shirts and other garments) moved into the building's top floors and remained until 1901. A three-story rear wing was added in 1901, and the current building's three-bay commercial-style facade arrived in 1920, replacing the original Second Empire style facade.

Crosby and Hill Company sold the building to John's Bargain Basement Department Store in 1959, who used the structure until the store folded in 1968. Today, the building functions as a commercial space on the lowest floor with apartments on the upper floors. But, it survives today as an example of Wilmington's growth around the time of the Civil War.