The Henry Townsend Building (circa 1913) is an exemplary Beaux-Arts Renaissance Revival mixed purpose building, with the ground floor supporting retail and apartment housing on the upper floors. One of its longest retail occupants was the W. T.Grant Department Store from 1922 to 1964, a chain that grew from one store in 1906 to 1,200 nationally by the 1970s. Though Market Street evolved into a street filled with commercial buildings, the Townsend Building demonstrates a demand for residential housing remained into the World War I era, and beyond; the building's purpose remains the same today as it did in 1913.

2010 photo of the Henry Townsend Building in Wilmington, DE. 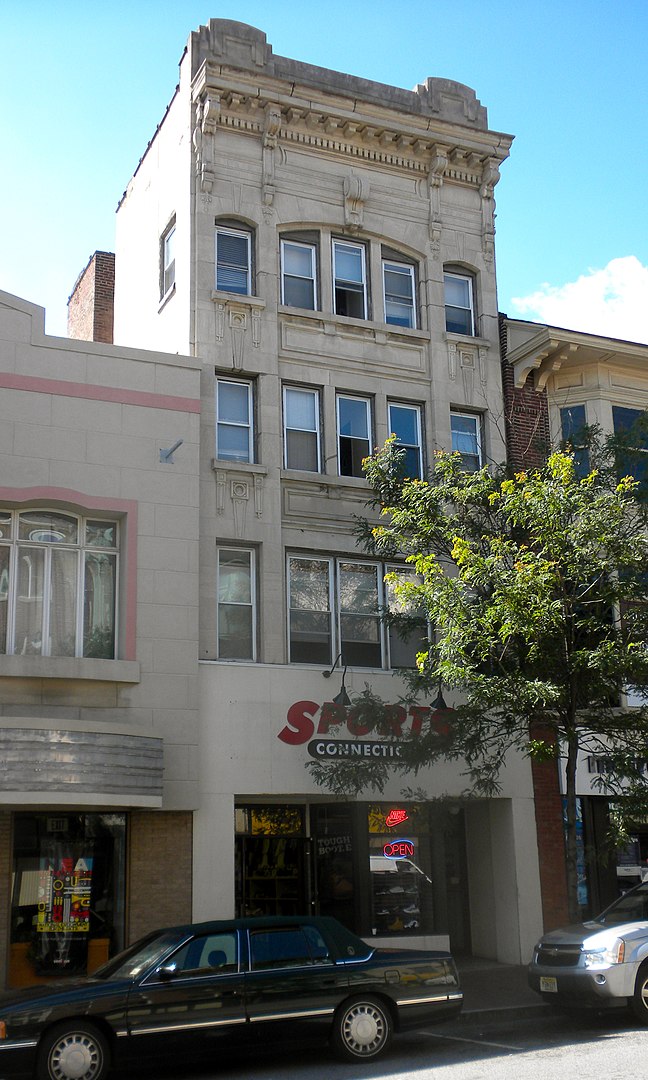 Henry Townsend purchased the lot in 1912 and subsequently demolished an existing three-story commercial building facing Market Street and a smaller two-story shop on Shipley Street. One year later, in 1913, he built the present four-story, five-bay Henry Townsend Building, which fills the entire lot. The building demonstrates that even as late as the twentieth century, construction of buildings designed for residential use continued to appear along Market Street, which had evolved into a commercial area by the turn of the twentieth century.

The Civil War had a profound effect on the Wilmington economy. By 1868, Wilmington was producing more iron ships than the rest of the U.S. combined. The city also ranked first in gunpowder production and second in carriages and leather. The post-war prosperity spurred a residential and business construction boom, especially west of the existing city (the genesis of the area's suburban development). Wilmington's population exploded from 21,250 in 1860 to 110,168 in 1920. The hillier, west side of Market Street had always been more attractive for residents dating back to the mid-eighteenth-century Quakers. Meanwhile, much of Market Street grew into a hub of commercial activity.

Despite the commercialization of downtown Wilmington, the erection of the Henry Townsend Building in 1913 shows that there existed a demand for downtown living spaces. The lower floor supported retail outlets while apartment spaces filled the top three floors. Jacob Rosen Ladies Wear Shop occupied the first floor when it opened, while the upper levels consisting of apartments and offices. From 1922 and 1964, the W. T.Grant Department Store moved into the first-floor space. The Grant chain began in Massachusetts with one store in 1906 and grew to 1,200 stores nationwide and $100 million in total sales by the 1970s. Several retail stores have used the first floor since the 1970s. The top floors continue to function as rental apartment housing.

Architecturally, it stands as a fine example of a Beaux-Arts Renaissance Revival mixed commercial-residential design. The building has a limestone facade with three center windows in a shallow recess on the buildings' upper levels. The building also features an ornate denticulated cornice supported by four large brackets.