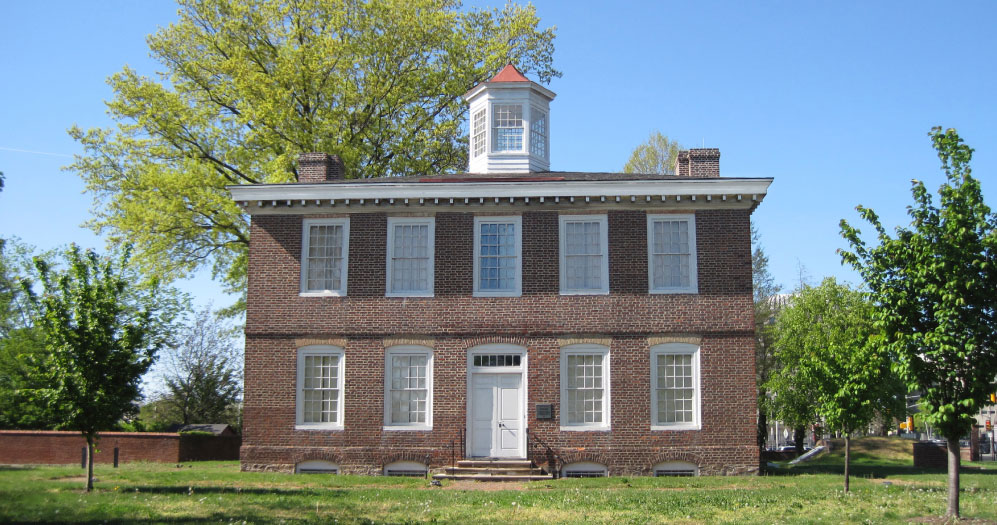 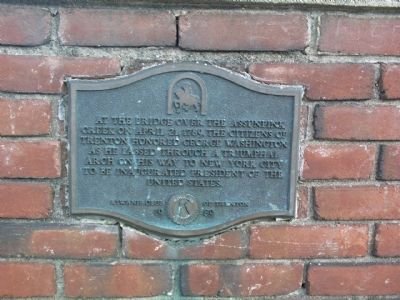 At this location on April 21, 1789, General Washington passed through an arch designed by the citizens of Trenton to celebrate his election to the Presidency. At this time, New York City was the capitol and Washington was on his way from Virginia to New York for his inauguration. 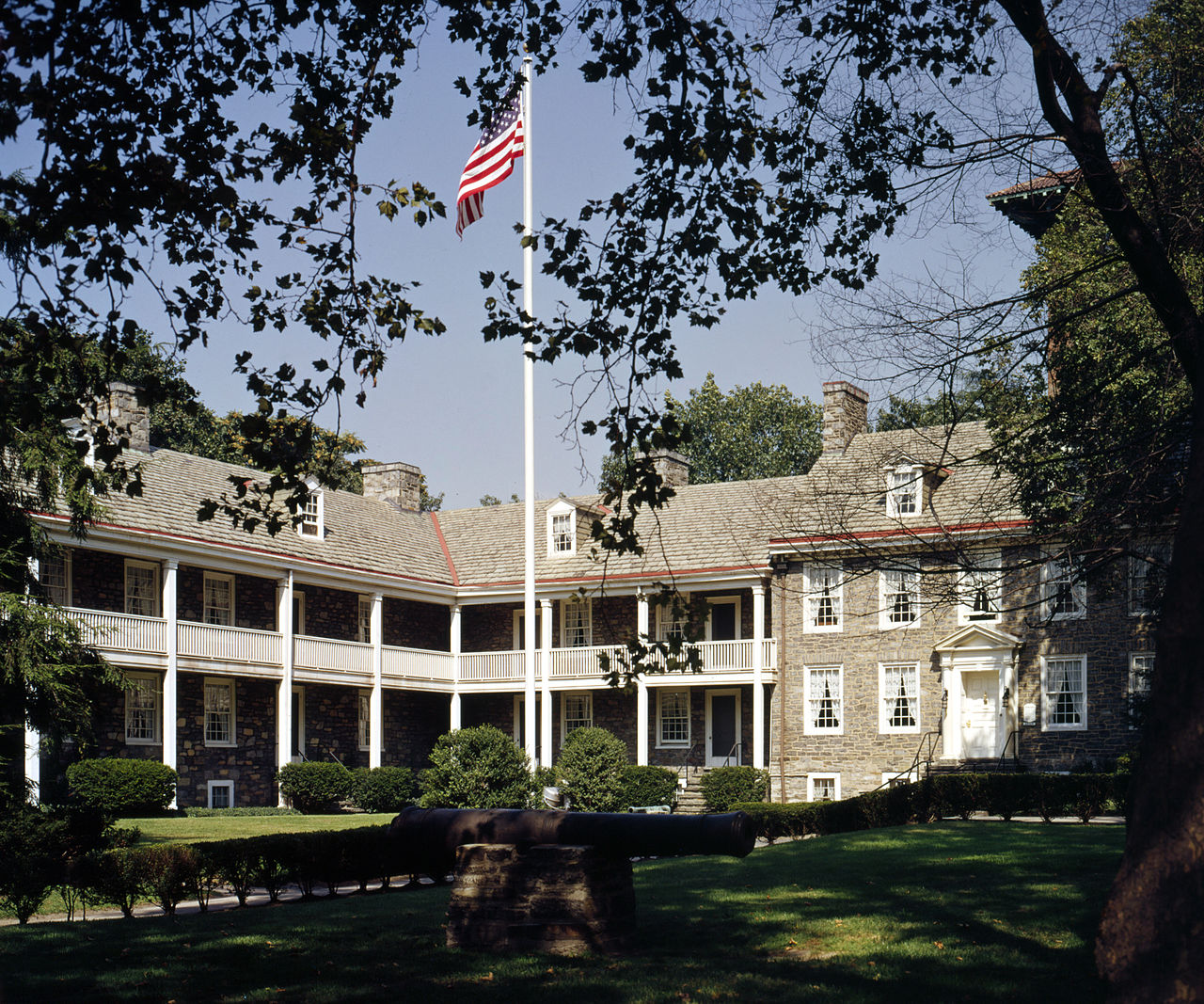 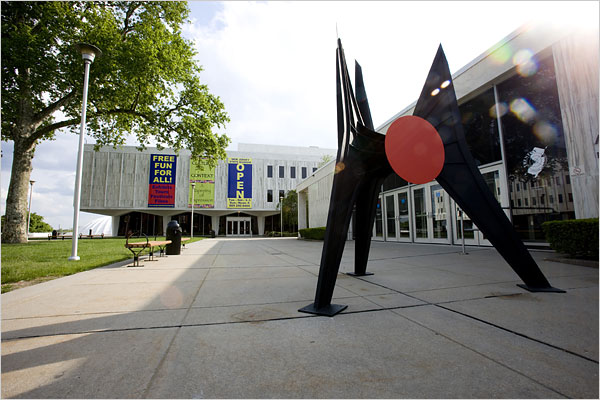 The first official state museum in the United States, the New Jersey State Museum has been in operation since 1895. The museum has been located at the Capitol Cultural Complex since its creation in 1964, and its galleries include a variety of artifacts and exhibits drawn from the museum's vast collection which includes fossils and other items related to natural history, works of art, and items that reflect the diverse history of New Jersey from the prehistoric era to the present. Highlights of the museum include the planetarium, a Civil War Flag Gallery, and a permanent collection that takes users through a history of the state. 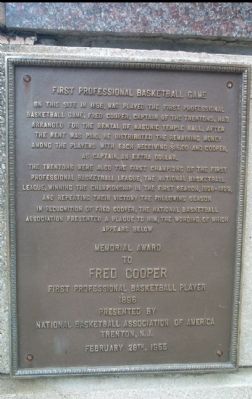 This small plaque located just behind the benches for the city bus stop designates the location of the first "professional" basketball game. The title of the plaque can be misleading, however, as the athletes were not professional players, but rather the first to receive pay for playing. The game was played at the Masonic Temple Hall on November 7, 1896 and featured the Trenton YMCA against the Brooklyn YMCA. Fred Cooper, Team Captain for the Trentons, organized the game and his side won the game by the score of 15-1 with the help a paid athletes who might be considered "ringers." The game inspired other teams to pay players and within two years of this game there were professional teams and the origins of modern professional basketball leagues. 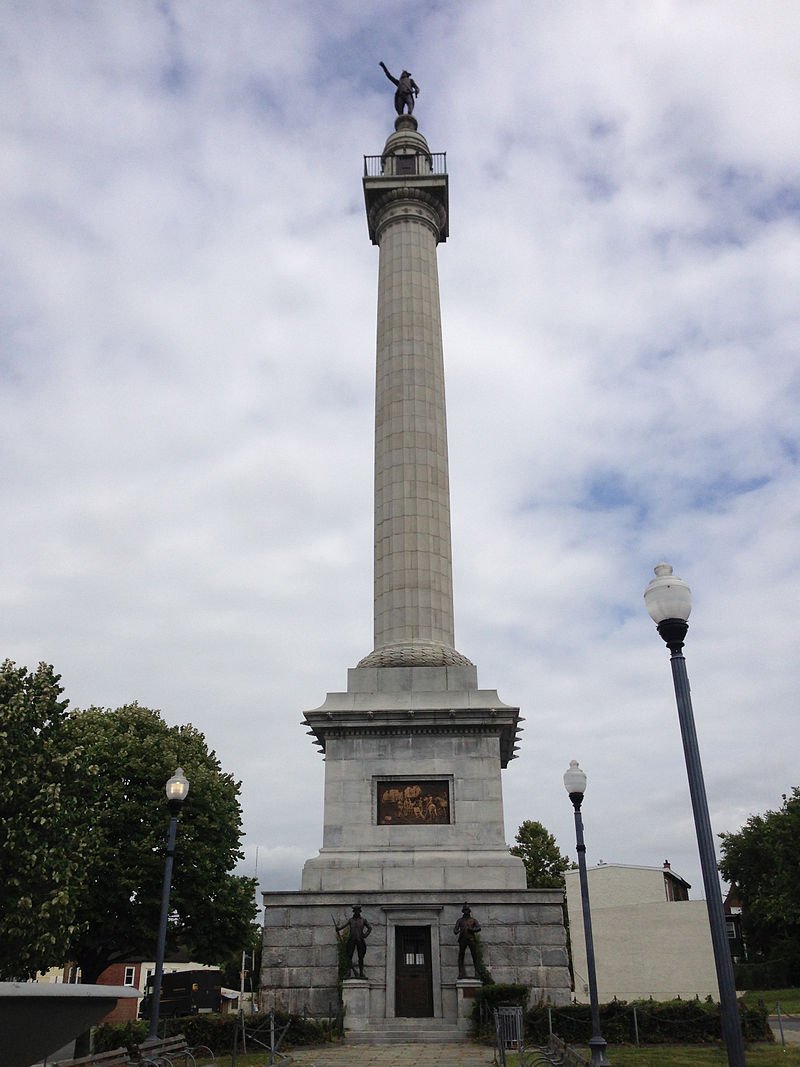