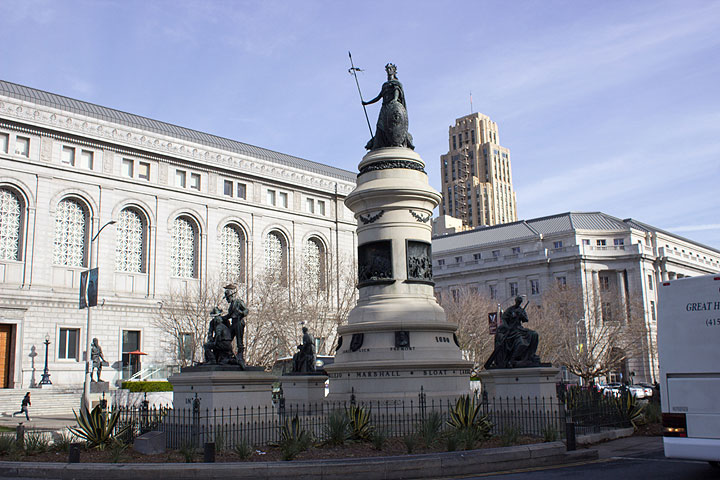 This plaque offering information about the history of Native Americans in California was added in 1994. 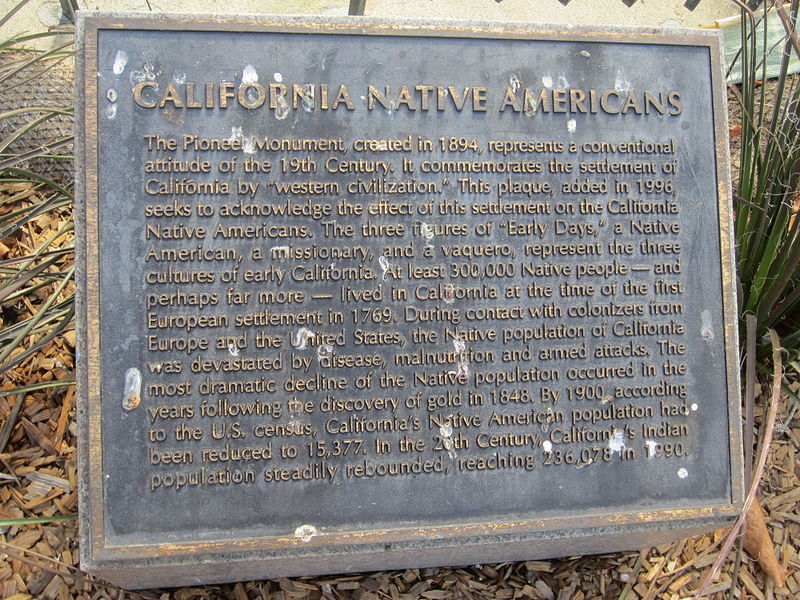 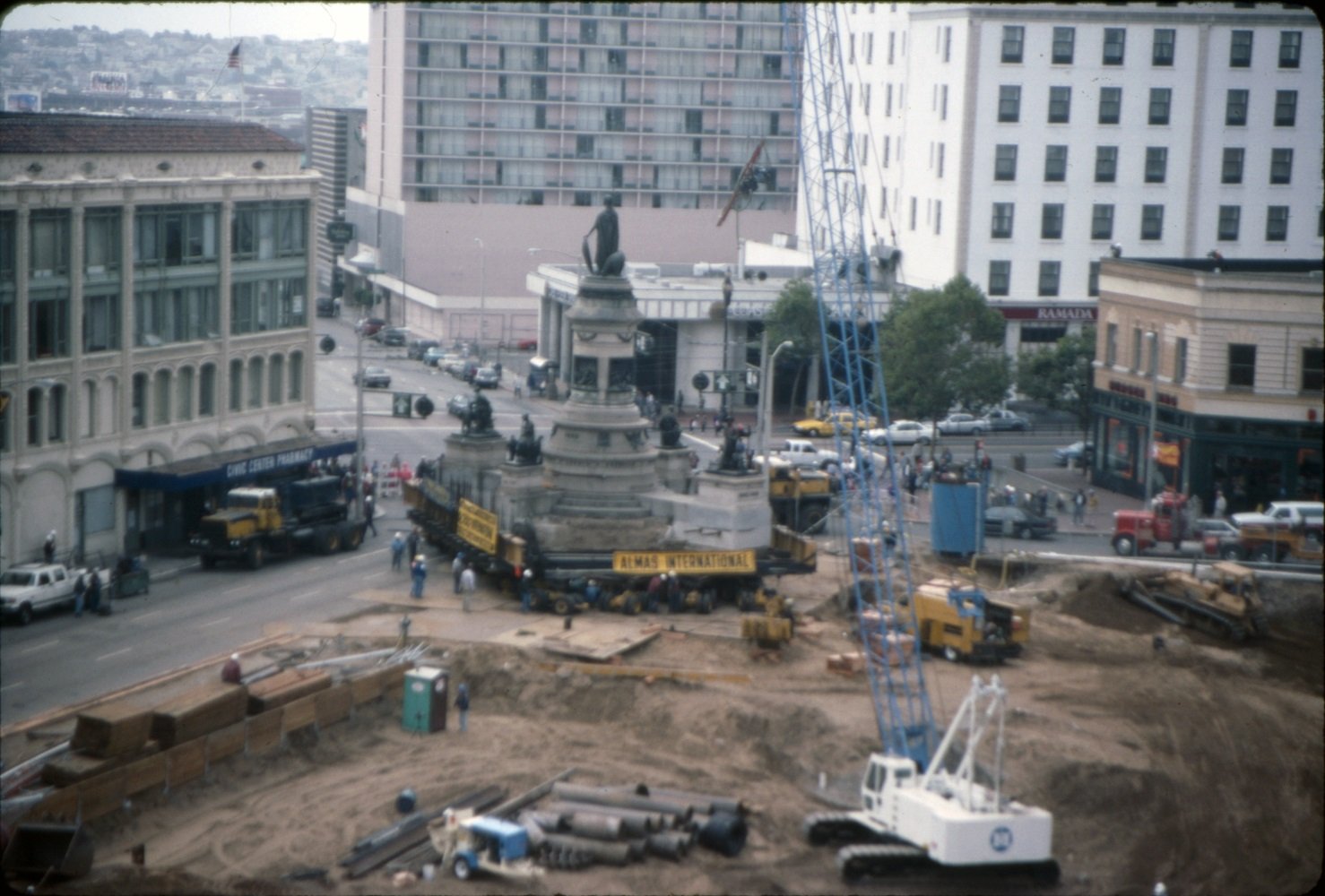 The "Early Days" portion of the monument has been controversial since the 1980s due to its depiction of a Spanish missionary and Mexican vaquero towering over a seated indigenous Californian. Photo by Cynthia Prescott, July 2018. 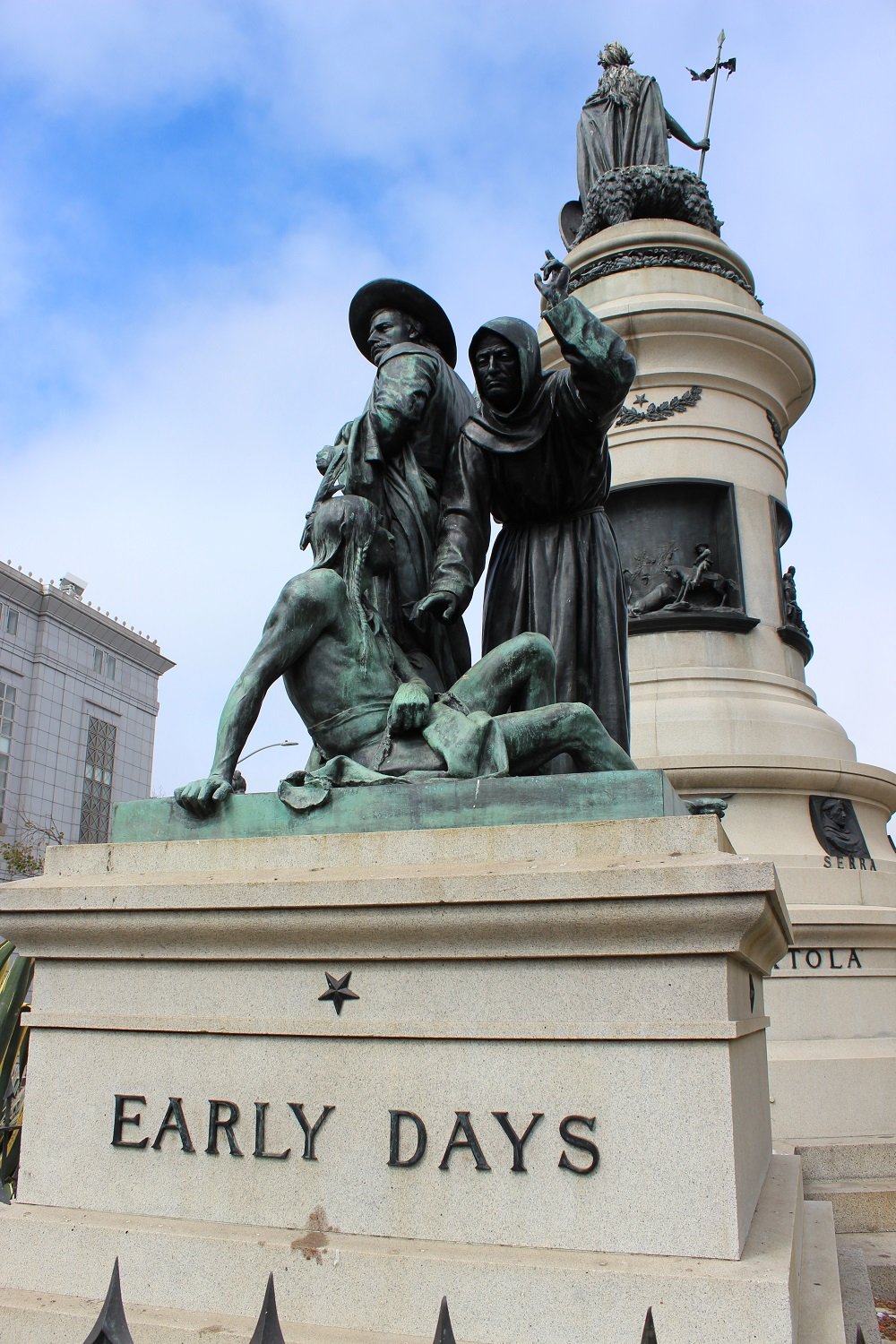 The "Early Days" portion of the monument was removed by the city of San Francisco in September 2018, leaving an empty pedestal. Photo by Lisa Allen, September 2018. 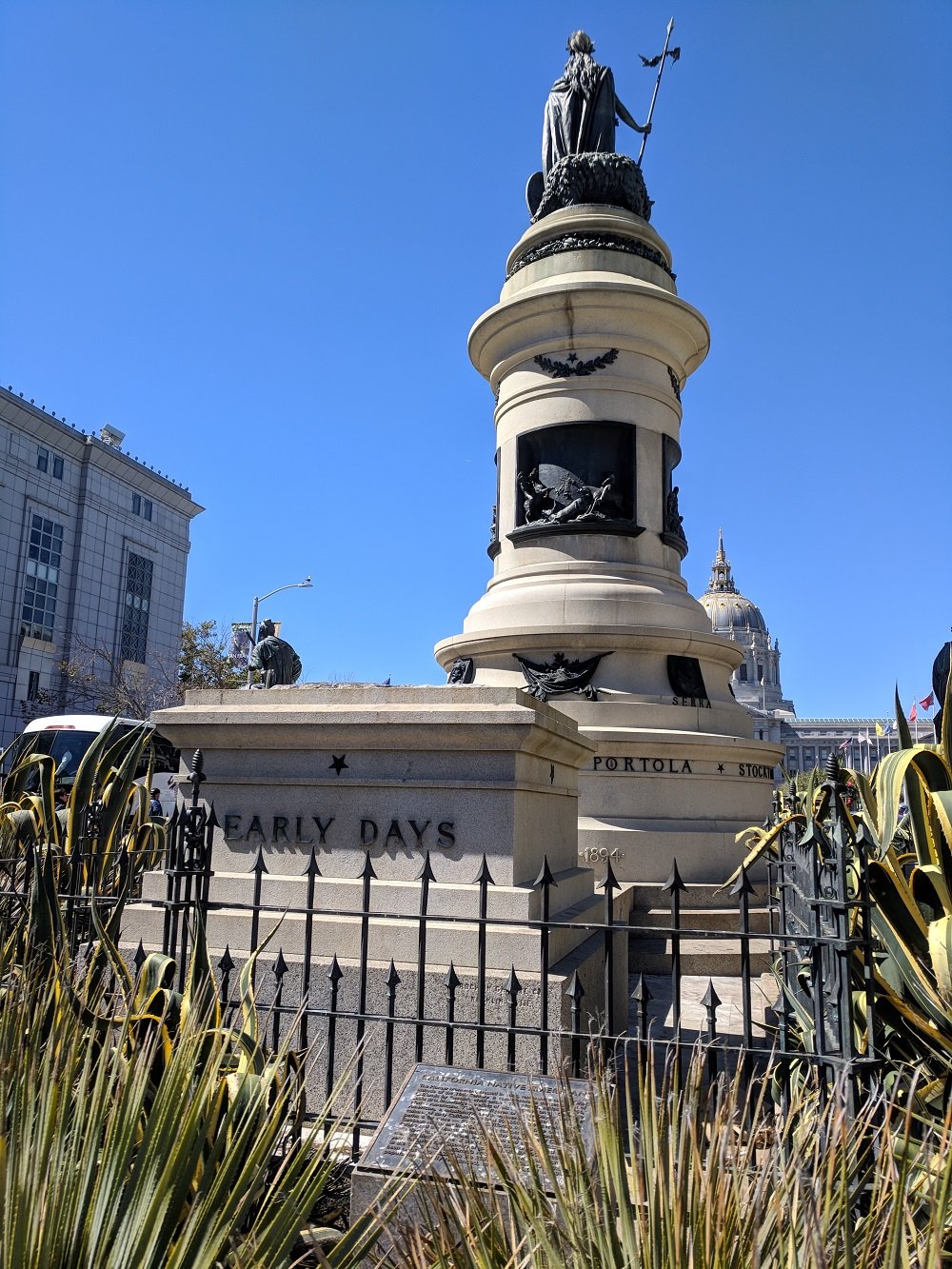 Eccentric millionaire James Lick (1796-1876) included $100,000 ($2.8 million in 2015 dollars) in his will to build a monument that would depict early California history. After selecting the design and erecting the monument in 1894, thousands of San Franciscans celebrated the monument's dedication in front of their new City Hall. City Hall was destroyed by the fire that followed San Francisco’s enormous 1906 earthquake, but the 800-ton monument survived.

Design elements on the monument depict white settlement of California from European exploration through the Spanish mission era, Mexican period and the 1849 gold rush. The center of the monument features a granite pedestal topped by a bronze statue depicting "Eureka," the spirit of California.  Scenes from California history and portraits and names of famous Euro-Americans surround that pedestal. These include: explorers Sir Francis Drake and Juan Rodriguez Cabrillo; missionary Junipero Serra; military leaders John C. Frémont, Mariano Guadalupe Vallejo, John D. Sloat, and Robert F. Stockton; trader Thomas O. Larkin; and donor James Lick. James Marshall, who is credited with sparking the California gold rush, appears along with John Sutter, on whose land he discovered it.

Few white residents of the city perceived these images as offensive for the first half of the 20th century. However, in the early 1990s, the Library Commission sought to move the monument to make room for a new library. The proposed move, combined with increased awareness of the treatment of Native peoples, led residents to reconsider the monument. As leaders discussed the effort to move the monument from its original location at the intersection of Grove, Hyde and Market streets, they also addressed the nature of the monument.

Rather than alter the statue, city leaders responded to growing concerns about the monument by adding an additional plaque in 1996 that discussed the often disturbing nature of conquest. The plaque informs readers that over half of the Native population perished as a result of the arrival of Europeans. Since that time, landscaping surrounding the statue has made it increasingly difficult to see that plaque.

In 2017, as Americans debated the removal of Confederate monuments across the country, San Francisco's Art Commission voted to remove the controversial "Early Days" bronze grouping.  "Early Days" was seen as demeaning to Native peoples because it depicted a Spanish missionary and Mexican vaquero towering over a submissive American Indian man.  After a year of public debate and legal wrangling, the "Early Days" statue was removed before dawn on September 14, 2018.

Sabatini, Joshua. "SF Mayor 'Embarrassed' by Board of Appeals Vote to Block Removal of Offensive Statue." San Francisco Examiner May 11, 2018.