The monument stands 55 feet above Pershing Point in Midtown. The five columnns honor the five continents that sent athletes to the 1996 Summer Olympics and the statue is dedicated to the all of the athletes who participated in the games. The statue was a gift from the Prince of Wales with help from local citizens who agreed to raise one-third of the cost of the statue. When Princess Diana was killed in 1997, an estimated 20,000 mourners gathered at the statue. Since that time, the statue has become the symbol of the Midtown neighborhood and the center of celebrations as well as vigils and remembrances. 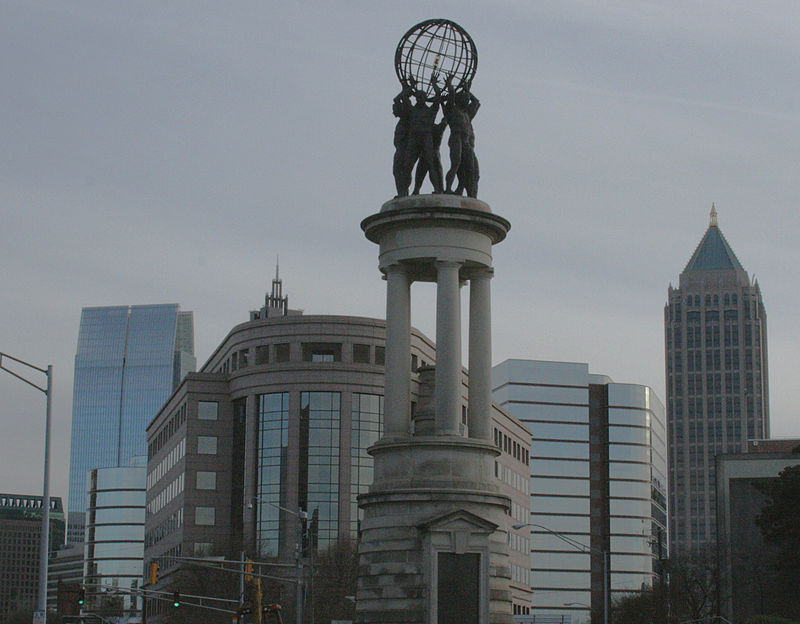