Palace of The Governors

In 1610, Don Pedro de Peralta established Santa Fe as the capital of Spanish New Mexico. One of the earliest buildings constructed by de Peralta was the Palace of the Governors. The building survived many wars and conflicts, including the Pueblo Revolt in 1680, the Chimayó Rebellion in 1837, the U.S. conquest in 1846, brief control by the Confederate States of America in March of 1863 and the reestablishment of U.S. control a few days later. For approximately three hundred years it served as a seat of government. Built as the capital for the Spanish colony of New Mexico, then used as the capital for Mexican province of New Mexico, and finally as the U.S. Territory and State of New Mexico. The building is now home to displays from the New Mexico Museum of History.

The Palace of The Governors in 1881 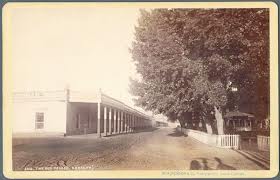 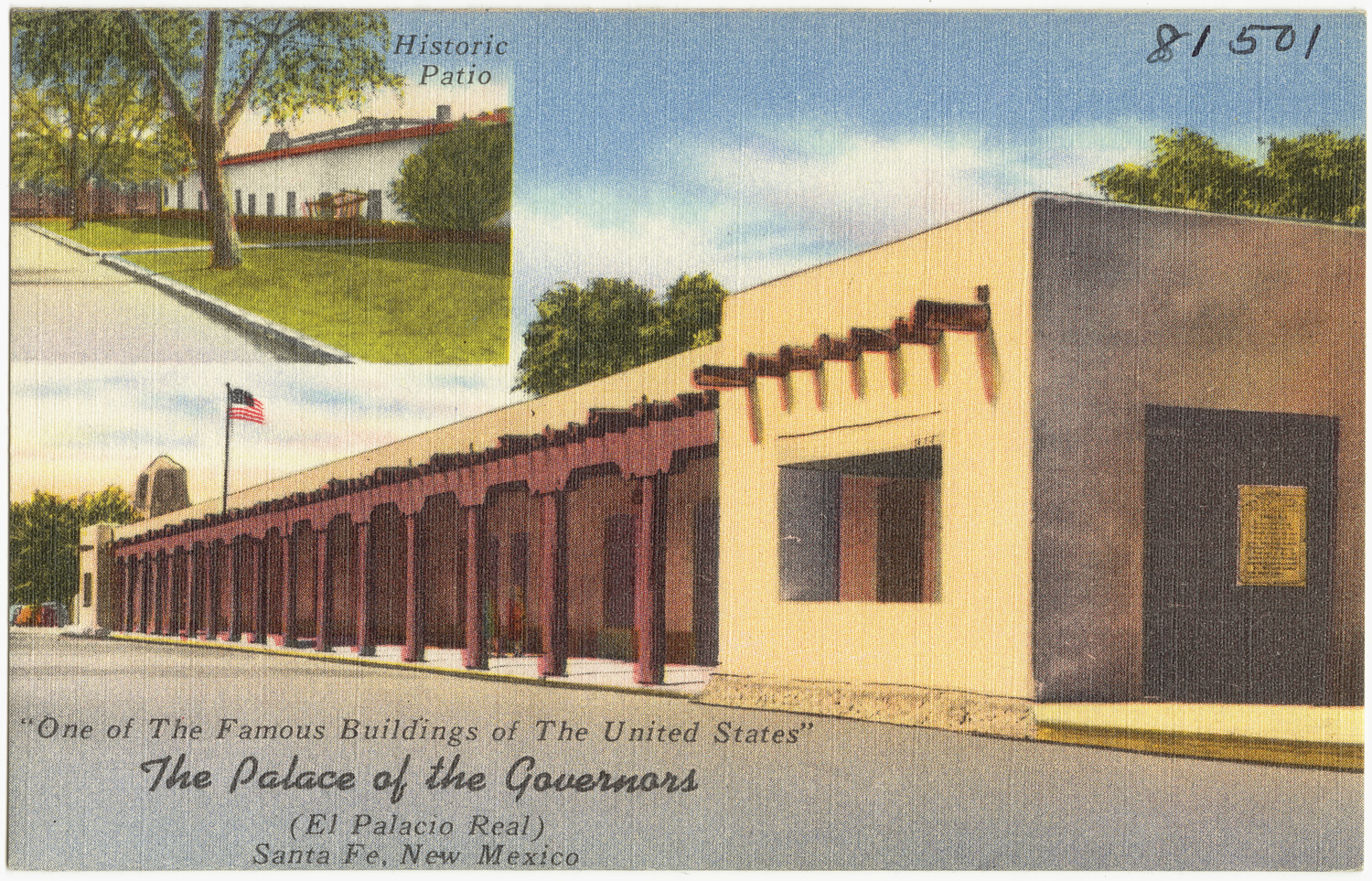 Note some architectural changes. Railing on top of building. 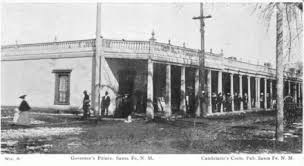 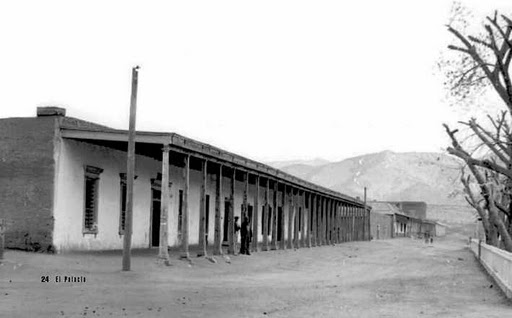 Built circa 1610 by Spanish governor of New Mexico, Don Pedro de Peralta, the Palace of the Governors served as the capitol for the colony.1 Being the center of colonial activities including a substantial missionary effort, Santa Fe continued to grow until the Pueblo Uprising of 1680. Angered by missionary activities the native populations rose up and successfully drove the Spanish back to Mexico.2 Spanish authority returned in 1693 when the new Spanish Governor de Vargas reestablished Spanish control. De Vergas was imprisoned in the palace from 1696 to 1700.3 In 1771, Governor de Mendinueta lead a celebration after a treaty was established with the Commanche Indians.4

Mexico gained its independence from Spain in 1821. The Palace of the Governors became the seat of government for the Mexican province of Nuevo Mexico. In 1837, the Chimayó Rebellion erupted in New Mexico. A group of Natives and disgruntled settlers captured and executed Mexican Governor Albino Perez. General Amarijo regained control and executed the rebellion’s leaders.5

On August 18, 1846, three months after the U.S. declared war on Mexico, 1,500 U.S. troops marched into Santa Fe’s Plaza. Stopping in front of the Palace of the Governors, the columnn took control of the city. The city’s residents listened quietly as the commander addressed the crowd,

“I, Stephen W. Kearny, General of the Army of the United States, have taken possession of the province of New Mexico. In the name of the government of the United States, I hereby instruct the inhabitants to deliver their arms and surrender absolutely… I am your governor--look to me for protection.”6

The era of U.S. control had begun. In 1847 the legislature, under American control, began to meet in the Palace.7 Kearny established Fort Marcy on a hilltop near the city center as a means to control the area.8