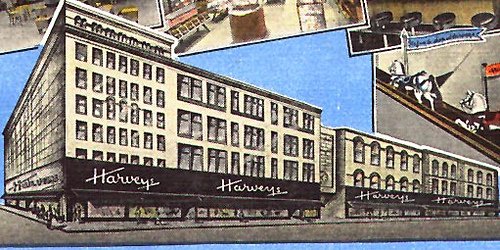 On November 28, 1959, a small group of African American students under the leadership of James Lawson and the Nashville Christian Leadership Council (NCLC) entered Harveys Department Store which was located here from 1942 to 1984. The students requested service at the store's lunch counter, the NCLC's first test of a non-violent direct action tactic to challenge the longstanding practice of racial discrimination at Nashville lunch counters. Although denied service, the students reported that they did not receive any threats and they left the store quietly to continue planning small-scale actions that would help them test public sentiment and potential challenges they might face as they planned a sustained campaign of sit-ins at Nashville lunch counters that began the following February. On February 13, 1960, larger groups of African American students were refused service at the S.H. Kress Department Store, Woolworths, and McClellan's after they occupied the lunch counters for two hours until the owners of the shops closed for business for the day. The sit-ins spread to seven additional segregated shops and disrupted business downtown until May 10, 1960. On that day, NCLC leaders agreed to end the demonstrations at Harveys and five other stores after management agreed to serve all people regardless of their race. The successful sit-ins of Nashville coincided with the sit-ins in Greensboro and other Border South cities that helped to end segregation throughout the region. 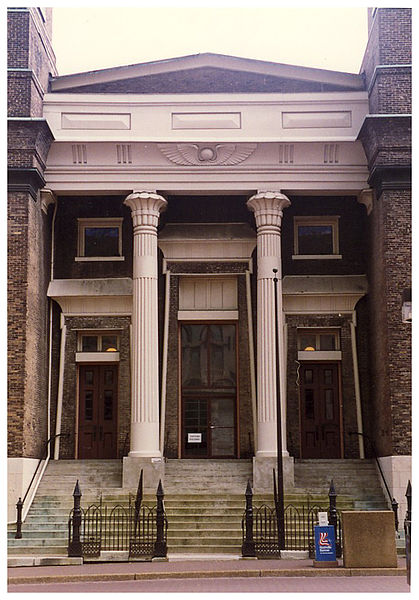 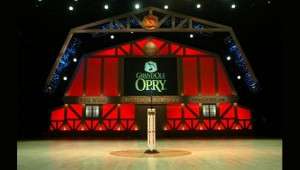 WSM became the first commercial FM radio station to broadcast in the United States when it debuted in 1925, broadcasting from the fifth floor of the National Life building at 7th Avenue and Union Street. Today, the station operates a small studio inside the Opryland Resort. Edwin Craig, an employee of National Life and Accident Insurance Company, created WSM to capitalize on radio’s potential for advertising. He dubbed the station “WSM” to reflect the company motto “We Shield Millions.” Indeed, the radio station provided the opportunity for advertising, community service, and augmentation of company identity. The station far exceeded Craig’s expectations, fueling an expansion to a larger venue and providing the origins for the Grand Old Opry.