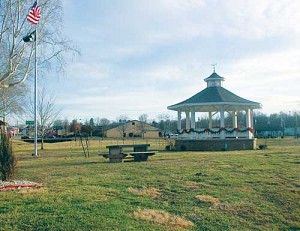 One of several parks for residents of Jackson, Manpower Park was made possible by the donation of land to the city by the Manpower Training Center. On June 9, 2014, it was officially renamed Manpower Park, dedicated in honor of Admiral Stanley R. Arthur. A graduate of Jackson High School, Admiral Arthur served as a Naval officer for 38 years. Between the years 1992-1995, Arthur was the second-ranking officer in the U.S. Navy as Vice Chief of Naval Operations. In his early career, he was a combat pilot in Vietnam, and he retired from the Navy in 1995.

Located on a triangular piece of land on East South Street, McKinley Park sits at the edge of the historic residential area in Jackson, Ohio. The park is one of several located in Jackson, and despite its small size, the park took 111 years to complete. After the assassination of native Ohioan President William McKinley in Buffalo, New York in 1901, the city of Jackson chose to dedicate a new park in his honor. A small schoolhouse sat on the park's current location in the 1800s, but the small strip of land was vacant by 1901. In 1902, a commission was appointed to oversee the establishment of the park. However, the project was abandoned, and the land set aside for the park was left empty. The park was not completed until 2012 and was dedicated in 2013. 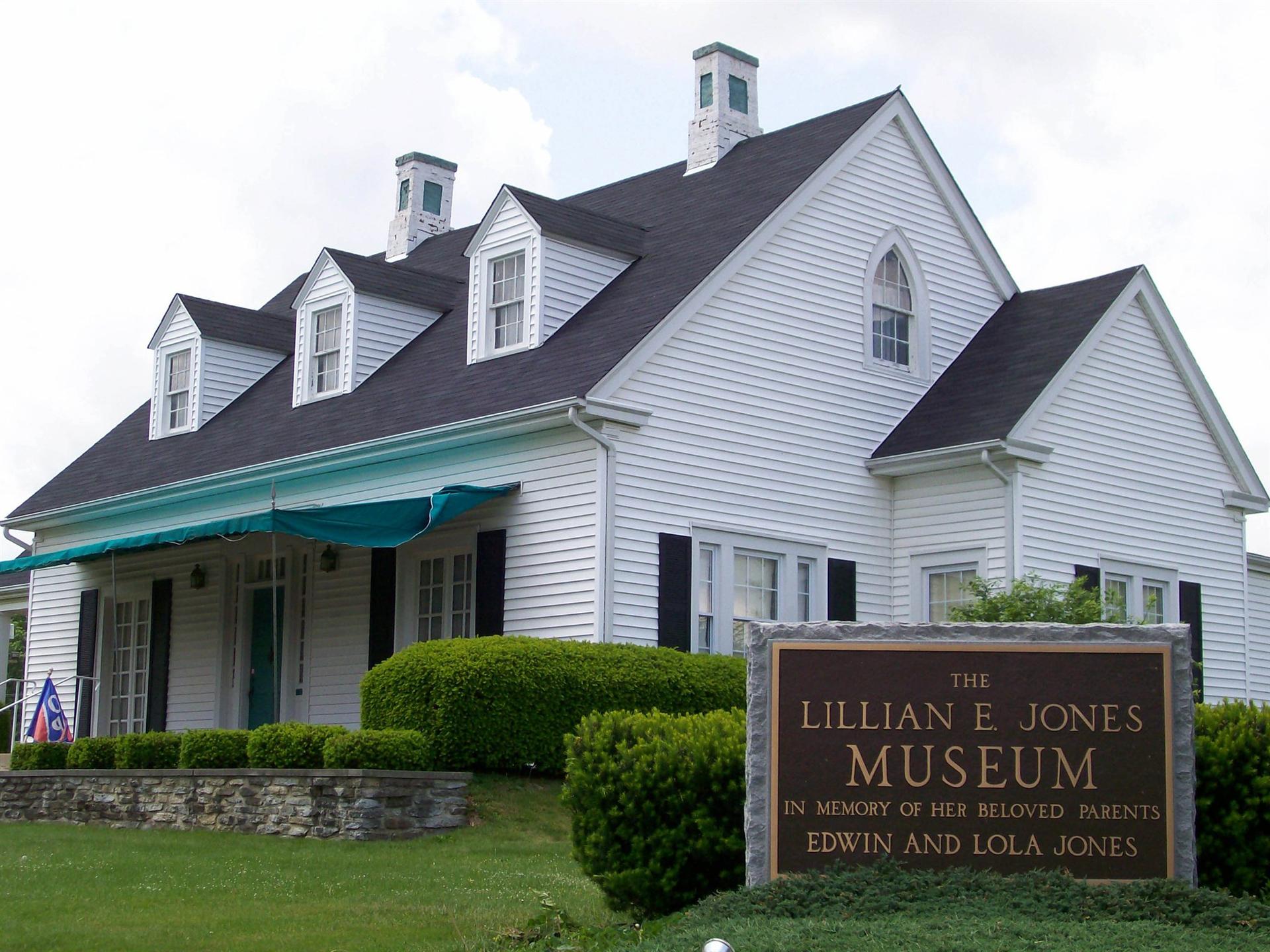 The Lillian E. Jones Museum opened in 1995 and offers exhibits that interpret the history of Jackson and surrounding communities. While the region is home to several museums that are open on a seasonal basis, this museum is open throughout the year. The museum is located in the former home of Lillian E. Jones, daughter of local businessman and philanthropist Edwin Jones. Lillian E. Jones passed away in 1991 and donated her home under the condition that it serve as a local history museum. Recognizing that similar efforts to create local history museums had stalled in the past, Jones added a proviso in her will that this home was to be demolished if it had not been converted into a local history museum within five years of her death. Civic leaders and local residents began collecting materials, and within four years the house was converted into the Lillian E. Jones Museum. 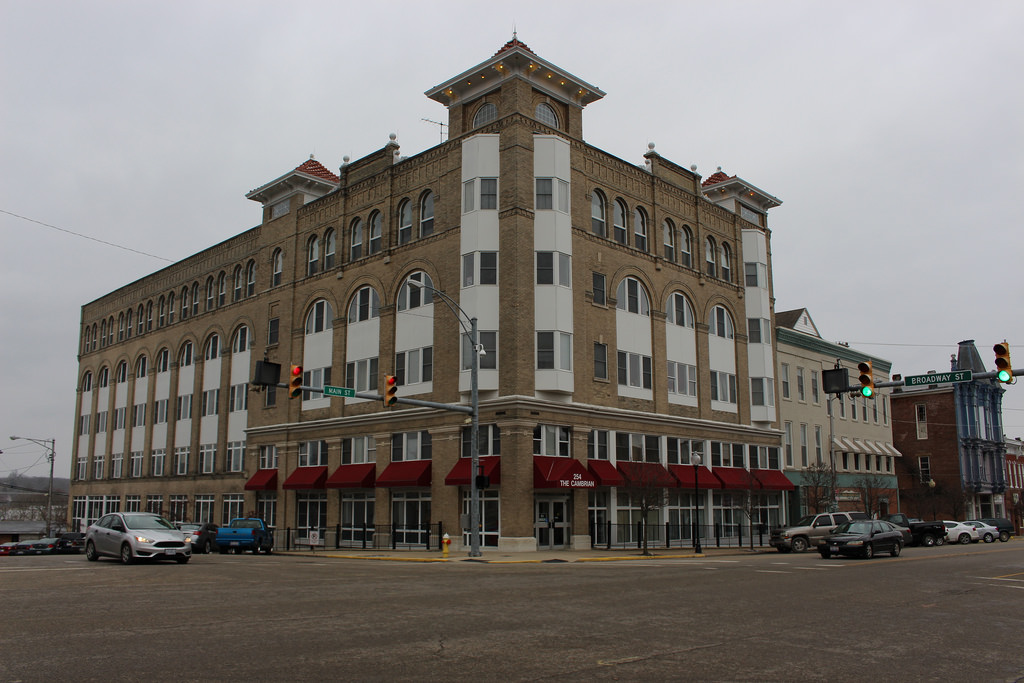 Built by Edwin Jones and designed by Frank L. Pickard, the Cambrian Hotel represented the growth of the city of Jackson as an iron processing center and transportation hub at the turn of the century. Construction of the hotel began in 1900, and the hotel opened in 1902. The word "Cambrian" is a reference to Cambria, the name for Wales in the medieval period, reflecting the area's Welsh heritage. Though it currently serves as an apartment complex, the architecture and relative grandeur of this building serve as reminders of the growth of the city and the prosperity of those affiliated with the iron industry. Prior to the construction of the hotel, this site was home to the Isham House which hosted Confederate Brigadier General John Hunt Morgan when he stayed one night in Jackson during Morgan's Raid. 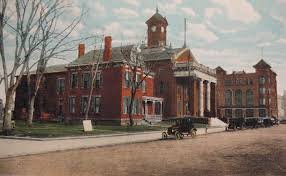 The building that serves as the current Jackson County Courthouse was built in 1868. This structure replaced the previous courthouse, which was constructed at this location in 1819 and destroyed by a fire in 1860. On January 17, 1951, an electrical fire broke out and consumed the bell tower, which was later replaced. The county's records were not damaged in the 1951 fire, and no other other permanent damage was done to the building. 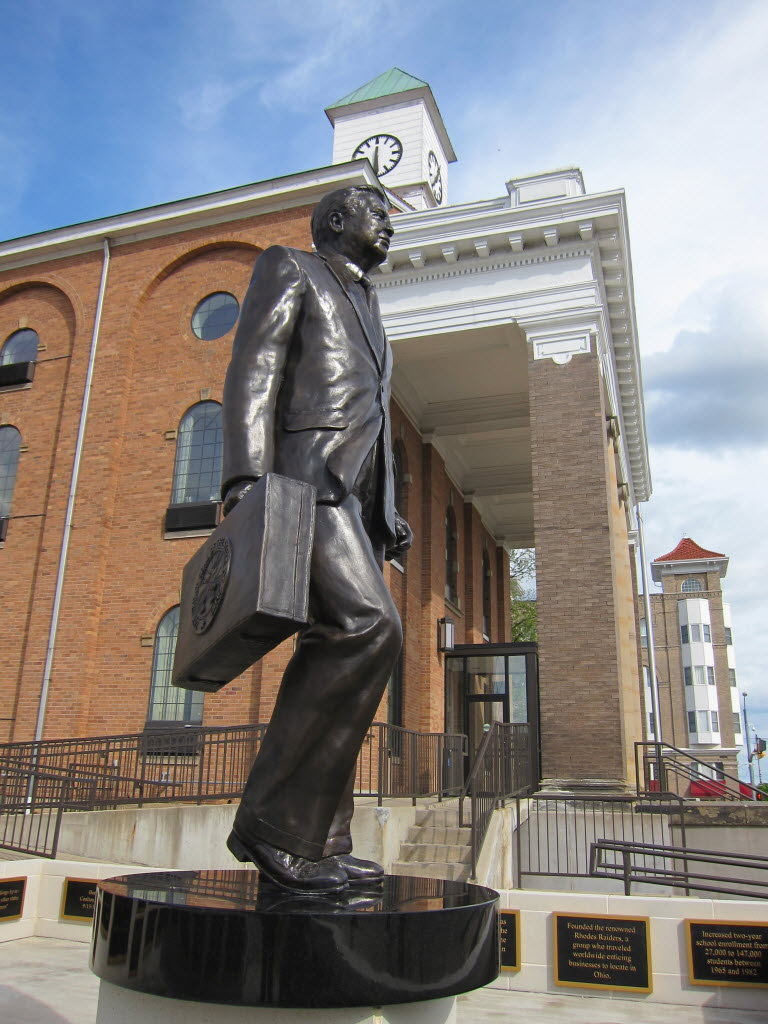 James A. Rhodes is one of only six Ohio governors to serve two eight-year terms. He is well-known in part because he sent the Ohio National Guard to Kent State University in May 1970 after the campus ROTC building was burned by an unknown arsonist. The subsequent shootings on campus led to the death of four students while nine others were injured. Still, Rhodes is generally remembered favorably because of improvements he made while in office. Under Rhodes, the Ohio State Fair turned into the largest in the nation, Ohio became the leader in the development of interstate highways, and Ohio’s park system was extended.

Located in the John Wesley Powell Memorial Plaza, the John Wesley Powell Memorial is dedicated to the one time Jackson resident and geologist. The building contains artifacts pertaining to Powell, who was the first American to navigate the length of the Colorado River and explore the Grand Canyon in 1869. Powell moved with his family from New York to Jackson in 1838 when he was four years old and lived in Jackson until 1846. As a child, Powell was tutored by Jackson resident George Crookham, a salt boiler, educator, and abolitionist. Later in life, Powell remembered to credit Crookham as the person that inspired his interest in geology. 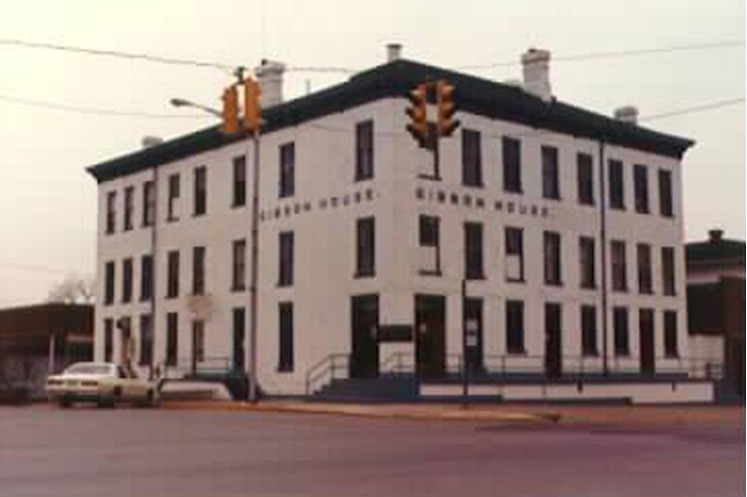