The Neal-Kilgore Collier Funeral Home has operated from this building since 1888. 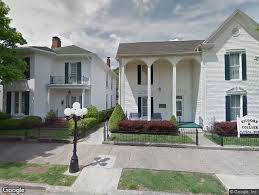 In 1916, Henry W. Collier joined R.H. Kilgore, and the business became the Kilgore & Collier Funeral Home. The company was later operated by Robert Hutchinson, grandson of Mr. Kilgore, and Nellie S. Collier, the widow of Mr. Collier. In later years, Russell Compton and Allan Collier, the son of Henry and Nellie Collier, served as funeral directors under the tutelage of Robert Hutchinson.

In 1958 Robert Hutchinson suddenly and unexpectedly passed away and Russell Compton and Allan Collier became partners and continued to operate the business. Finding themselves shorthanded, they hired a young man born and raised in the Big Sandy's gate city, Mike Neal. Neal worked with Compton and Collier until 1978 when he opened the Neal Funeral Home on Center Street. After nearly a decade, Mike returned and purchased the Kilgore & Collier Funeral Home in the fall of 1987, and the business has been known as the Neal-Kilgore Collier Funeral Home since that time.