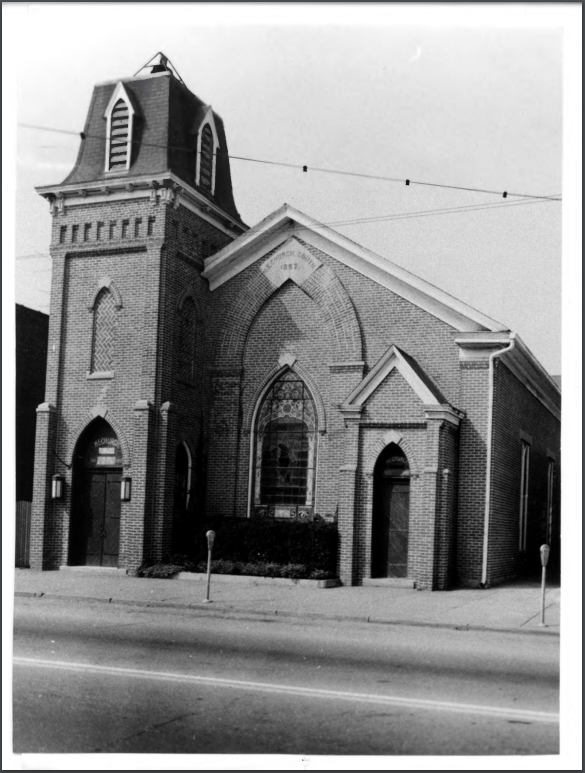 The early 1800s saw the spread of Methodism into Kentucky, and Boyd Country was no exception thanks to traveling ministers. John W. McReynolds traveled throughout Boyd County on horseback leading to the creation of small groups of Methodists that later formed the basis of many congregations that continue to this day.

Similar to the Baptists and other leading Protestant denominations, the leaders of the Methodist Church avoided the issue of slavery. During the Conference of 1844, however, the Church split because they were unable to reach an agreement as to the propriety of bishops owning slaves. The split led to the creation of the Methodist Episcopal Church, South. The congregation was racially segregated until 1968.

This congregation in Catlettsburg was part of the southern branch and the only Methodist church north of Louisa until the Civil War. The building was built in 1867 for the new congregation. The West Virginia Conference met there until their eventual consolidation in 1939. The church grew, and the building and congregation survived the 1937 flood and provided relief to members and neighbors. Individuals who were a part of the congregation held important roles in the academic locations around the Catlettsburg and Ashland areas.