Named for local attorney Homer G Phillips, this building served the Black community of St. Louis during the era of segregation. In response to a dire need, Phillips led the campaign that led to city-issued bonds that funded the construction of the hospital. Construction began in 1932, and the facility opened in 1937. The hospital was closed in 1979 and the building sat empty for two decades. Today, it houses the Homer G Phillips Dignity House / Senior Living Community.

This historic building was the largest African American hospital during the era of segregation. The hospital closed in 1979, and the building is now used as an apartment community for seniors. 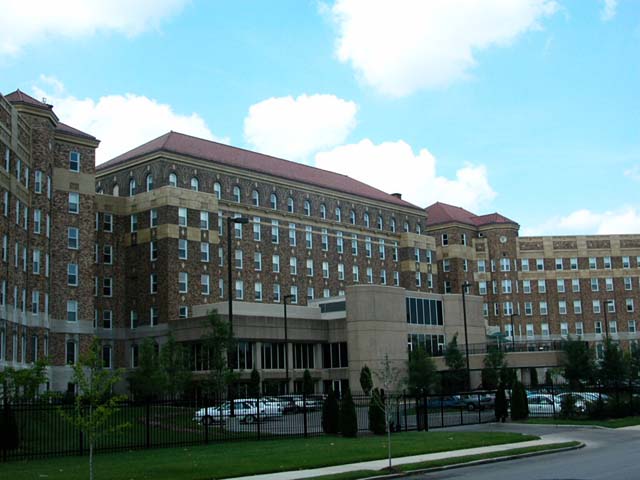 This historic postcard shows the hospital shortly after its completion in 1937. 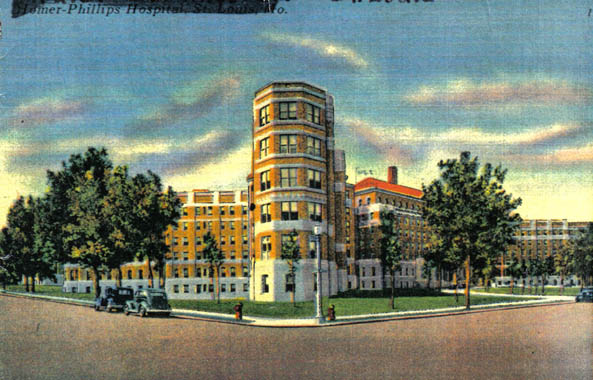 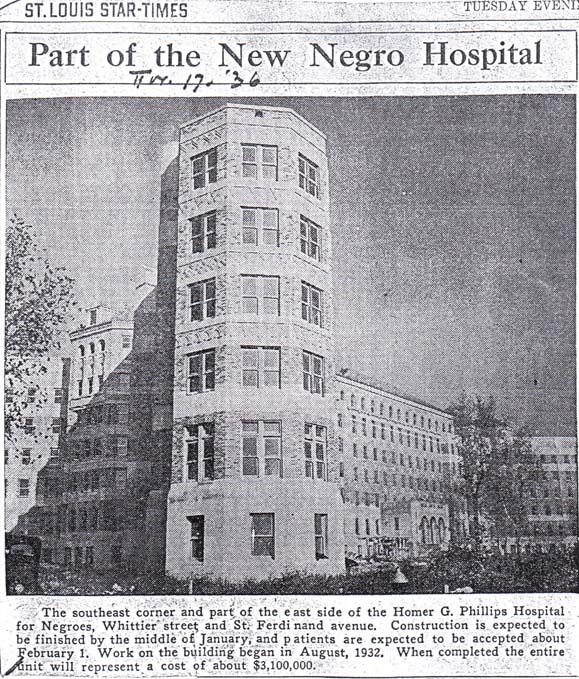 This photo from 1997 shows the abandoned building prior to renovation and repurposing as a senior center. 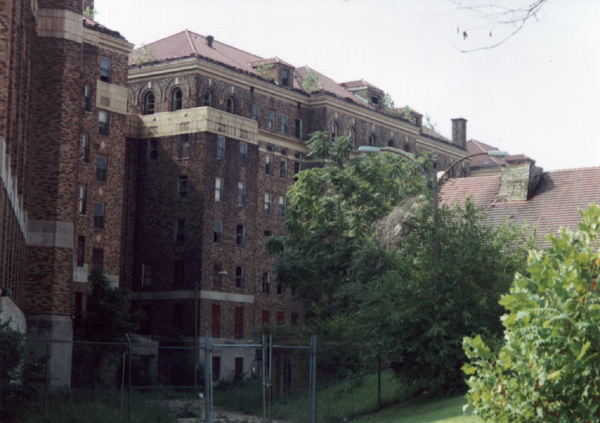 Between 1910 and 1920, the Black population of St. Louis increased by an estimated sixty percent. Unfortunately, there were few medical facilities open to African Americans. In response, local attorney Homer G. Phillips led the campaign to fund new construction of a hospital dedicated to serving the Black community in 1923. The campaign took nearly a decade before the city agreed to issue the bonds, and Phillips did not live to see the completion of the building that would bear his name.

Homer G. Phillips was murdered in 1931, a year before construction began. Two men were arrested, but both were released due to lack of evidence and the case remains unsolved.

From 1937 to the 1950s, Homer G Phillips Hospital was the only medical facility for the African American community of St Louis. Even after area hospitals ended their formal and informal policies of exclusion, the  hospital boasted the largest number of Black doctors and nurses in the world.Training and educational programs associated with Homer G Phillips Hospital included a nursing school, x-ray technician and laboratory technician training and medical recordkeeping.

With the end of segregation came the gradual end of all-Black institutions throughout the nation. In 1955, Homer G Phillips Hospital began admitting patients of all races, as did other area hospitals. City hospitals experienced sharp declines and many closed throughout the 1970s and 1980s. In 1979, the city decided to close this facility despite community protest.

In 2002, Homer G Phillips Hospital was the focus of documentary film, “A Jewel in History, the Story of Homer G Phillips Hospital” by Mukulla Godwin, a nurse and a filmmaker (Solomon).  D J Wilson reports in the Riverfront Times article “Pathology Report”, that in the film, Dr. John Gladney tells his personal memory of the medical care for Blacks before Homer G Phillips Hospital opened.  Gladney’s mother died in the basement of a white hospital, where men, women and children were all hospitalized together in a dimly lit, dank and smelly open ward.