The Ola Babcock Miller Building was fully completed in 1910 and is named after the first female Iowa Secretary of State. 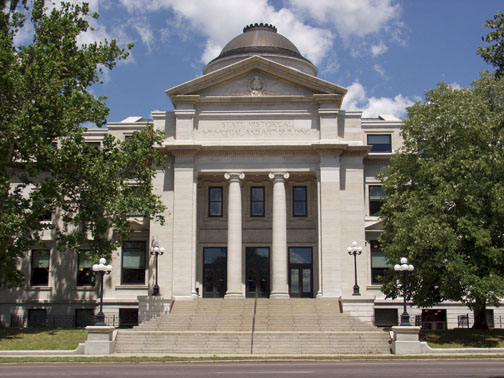 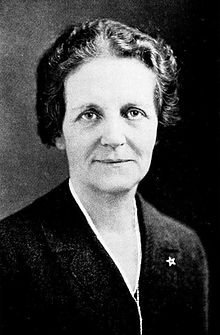 Ola Babcock Miller was born on March 1, 1871 in Washington County, Iowa. She and her family moved to the city of Washington where she spent the rest of her childhood. She attended Wesleyan College and became a teacher. she married newspaper editor Alex Miller who was also active in the Democratic Party. They raised two daughters (sadly, a son died as a baby) and Ola took up painting as a hobby. She also became an active supporter of the suffrage movement (which championed women's right to vote), was a member of the Daughters of the American Revolution, and was active in the Democratic Party and continued to do so after Alex died in 1927.

In 1932, the Democratic Party named her as a candidate for the Iowa Secretary of State as a reward for her long-time support. Her association with Alex gave her notoriety and name recognition. She won by a slim margin, just under 3,000 votes, but was easily reelected in 1934 and 1936. The death of a good friend's son in a car accident prompted her to advocate for the establishment of a state road patrol. In 1935, the governor signed legislation that established a 50-member patrol within Iowa's motor vehicle department, which was under Miller's jurisdiction. The patrol was very successful.

Interestingly, Miller's son-in-law, George Gallup, would establish the Gallup Poll, which is one of the more famous national polls today.

Miller worked extremely hard and was constantly on the road to give lectures around the state. This took a toll on her health and she died of pneumonia on January 25, 1937. In 1975, she was one of the first women to be inducted into the Iowa Women's Hall of Fame.

In 1999, the building was renamed after her to honor her legacy and contributions to Iowa. It was renovated in 2002 and houses other state offices in addition to the State Library.