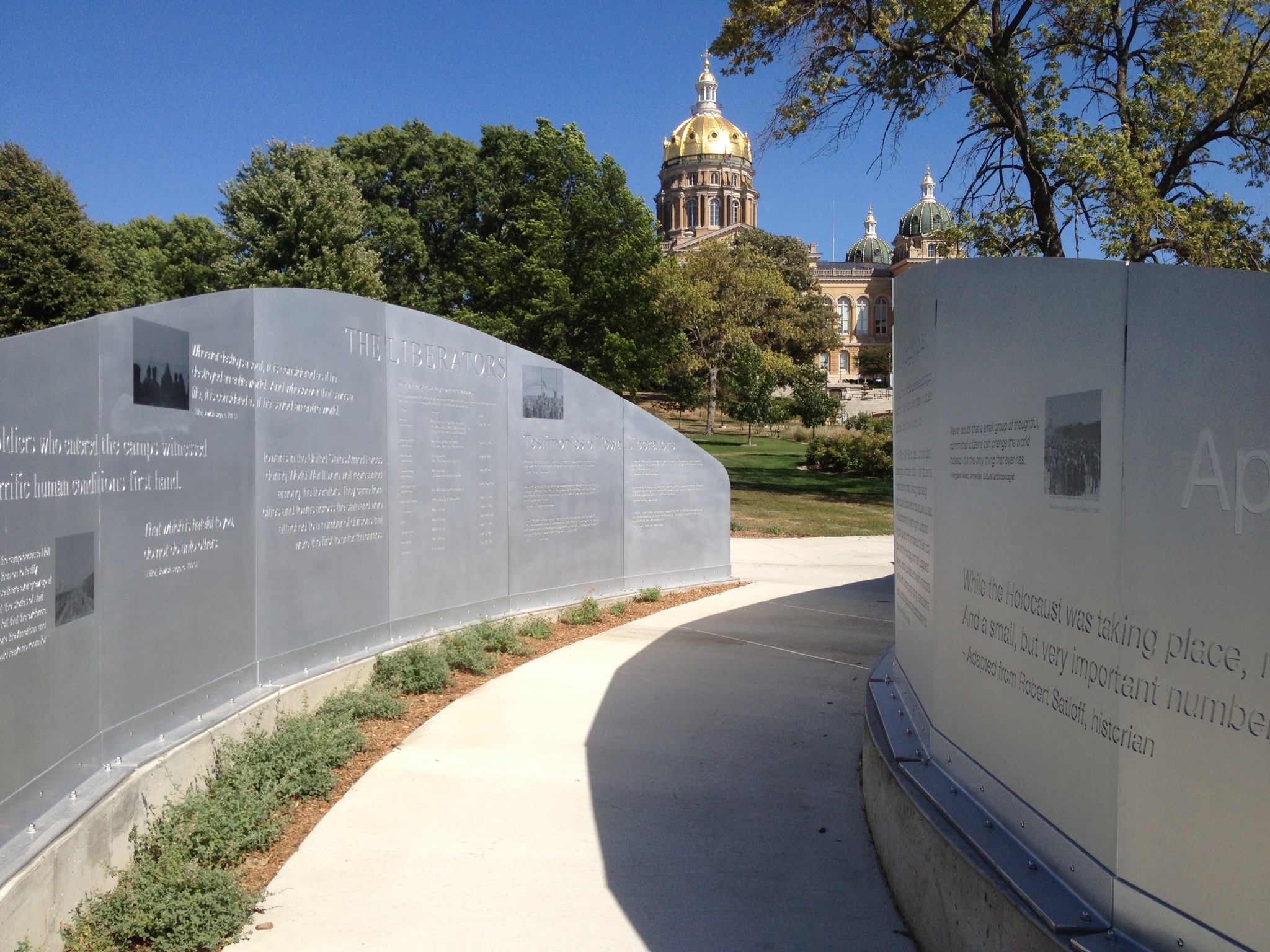 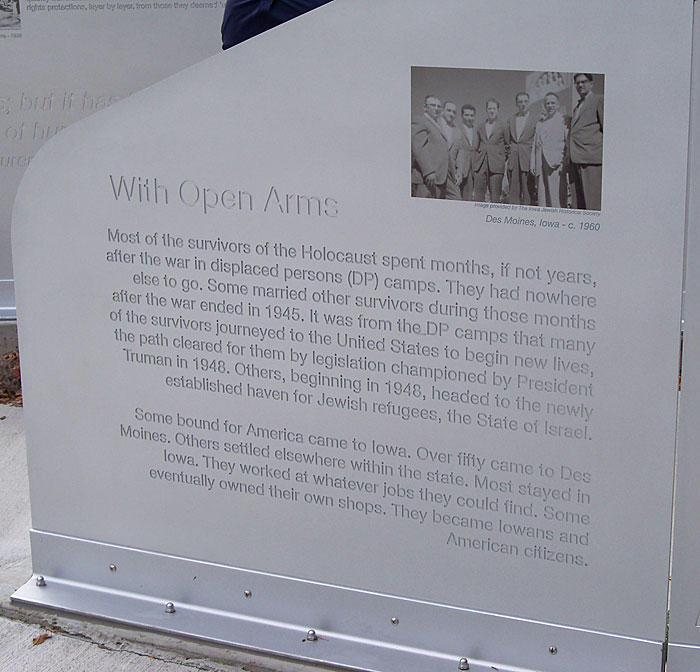 Hundreds gathering for the dedication ceremony 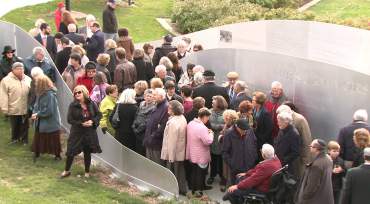 Creation of the Iowa Holocaust Memorial

The Jaqueline and Myron Blank Fund put the project together, and with the approval of the Iowa State Capital Planning Commission and the architectural firm “Confluence: Architecture and Urban Design” designing the structure, groundbreaking for the project was able to happen on May 14th, 2013.

By October 23rd of that year, the city held a dedication ceremony in which over 200 people from across the state attended. The four walls of the Memorial are lined up in a slightly curved fashion, and they feature stories, quotes, and 13 photographs. Twelve of these pictures are reproduced courtesy of the United States Holocaust Memorial Museum’s Photographic Archives in Washington D.C., while the 13th is reproduced courtesy of the Iowa Jewish Historical Society.1

Inscriptions on the Memorial

One inscription on the Memorial reads:

“My mother and father brought my brother and me as young children to Iowa in 1949 after President Truman authorized immigration from the displaced persons' camps. My parents didn’t speak English. We came by train with a tag that indicated that “Des Moines” was to be our destination. Dad had an 8th-grade formal education but was certified by the DP camp in cabinetry, so that he would have a way to make a living. Once in Des Moines, we were assisted, in particular, by the members of the Jewish community who helped us adapt to the customs and culture of Iowa. My parents were very appreciative at having been accepted as Iowans. They were grateful to the U.S. and British troops that saved them. When my parents became U.S. citizens in 1955, citizenship was conferred upon us children as well. Jacob Shnurman, Des Moines – child of survivors.”