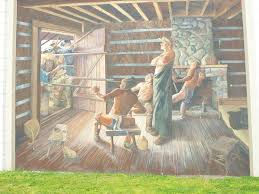 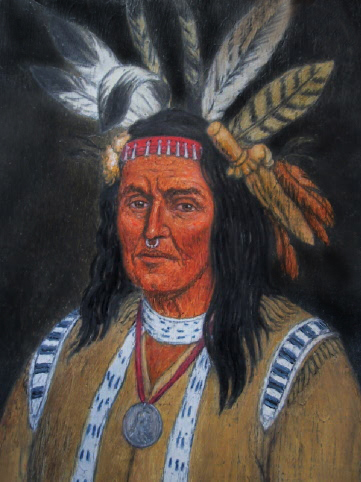 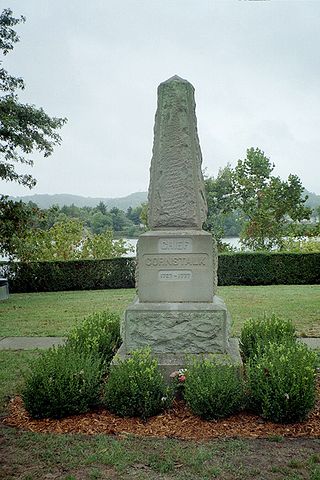 According to their own oral traditions, the Shawnees started in what is now known as West Virginia as part of a larger indigenous network that archaeologists have termed the Fort Ancient peoples. As time progressed, the ties of trade and culture bound that network ever closer together, and the group that came to be known as the Shawnees began to put down firm roots. Within the span of a few generations in the seventeenth century, however, the Shawnees had pulled up those roots and set out across the continent. Some historians attribute the Shawnees’ migration out of the Fort Ancient region to the violence of the Iroquois “Mourning” or “Beaver” Wars. The Iroquois Mourning Wars aren’t the only explanation, however. Other historians argue that native slave raids from southern groups like the Cherokees, Choctaws, Chickasaws, Tuscaroras, and others may have also played a role and that disease epidemics and the opportunity to expand trading networks to profit from newly arrived colonial markets may have also been factors as well. Regardless, by the late seventeenth century the Shawnees had spread out across much of North America east of the Mississippi River.

By the period of the Seven Years’ War (or French and Indian War) in the 1750s and 1760s, the Shawnees had begun to return to the area that is now West Virginia. Among them was Cornstalk, who historians believe was born in present-day Pennsylvania around 1720 and then moved to the Ohio Country as a young man. He rose to true prominence during Dunmore’s War, however, a conflict sparked by the increasing frequency of white settlement on Shawnee hunting lands in what became West Virginia and the murder of members of the family of the Mingo leader Logan by a party of Virginians. Cornstalk had originally opposed the war but, because Native leaders typically lacked coercive authority in their communities, nonetheless led his followers into the Battle of Point Pleasant on October 10, 1774 when he discovered that the majority supported it. After the Shawnees were defeated in that clash, Cornstalk chastised his council by suggesting that every man, woman, and child in the community be sent against the Virginians until they had all been killed. When his suggestion received no response, Cornstalk declared that he would instead make peace and strode from the room. In the treaty talks that followed, the Shawnees agreed to stop hunting south of the Ohio River, but retained their lands to the north.

When the American War for Independence broke out the following year, Cornstalk favored neutrality like many Native leaders in North America. His community had been bloodied by not only Dunmore’s War the previous year but Pontiac’s War in the 1760s and the Seven Years’ War that preceded it and each of these conflicts had threatened that community’s political and territorial sovereignty. Cornstalk hoped to avoid any further threats to that sovereignty by staying out of the conflict between the British and colonial rebels altogether. Another party within the Shawnees, led by the leader Blue Jacket (Weyapiersenwah) favored a more aggressive policy and an alliance with the British in the hopes that the British might live up to promises that colonial settlement would be restricted west of the Appalachian Mountains. In 1777, however, Cornstalk and his son Elinipsico were first imprisoned and then murdered by the colonists of Point Pleasant in retaliation for an attack against another group of colonists that was carried out by other Indians. Before he was seized, Cornstalk had intended to meet with the commander of Fort Randolph, a rebel stronghold built near the old Point Pleasant battlefield. He meant to assure the commander that he and his followers would remain neutral in the War for Independence, even if other Shawnee groups might not. He died in the same place he had once fought a war, suing for peace. Angered at the outrage against their leadership, a growing number of Shawnees joined Blue Jacket’s faction and eventually the large majority sided with the British in the war.

Since at least the mid-nineteenth century, rumors have abounded in the Point Pleasant area that Cornstalk uttered a curse at his death that promised to stunt the settlement’s growth in the future. Nearly every catastrophe major or minor that occurred in that area from that moment going forward has been attributed to Cornstalk’s supposed curse. The quote of the curse most often attributed to the Shawnee leader, however, is in fact from the text of a play written and performed for the 151st anniversary celebrations of the Battle of Point Pleasant. What’s more, according to the sworn testimony and memoirs of those present at Cornstalk’s death record no such curse and instead told his captors “when I was a young man and went to war, I thought that might be the last time, and I would return no more.” “Now I am here amongst you,” Cornstalk continued, and “you may kill me if you please; I can die but once; and it is all one to me, now or another time.” The alleged curse of Cornstalk is therefore most likely nothing more than a local invention born of a penchant in white society to attribute magical or supernatural powers to indigenous figures.