The museum is home to a large aquarium with species from the Ohio River. 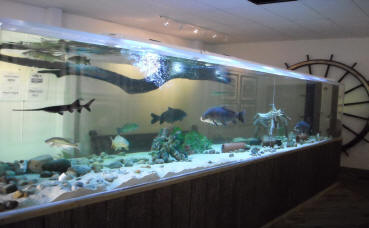 The museum includes a model of the Silver Bridge and information about the bridge collapse. 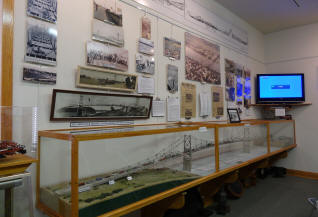 The museum opened in 2003 and is staffed largely by local volunteers. 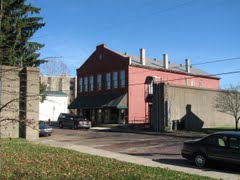 The top floor suffered a fire on July 1st, 2018. Many things were salvaged including the fish and tank. Fundraising efforts are ongoing but the museum is closed for now. 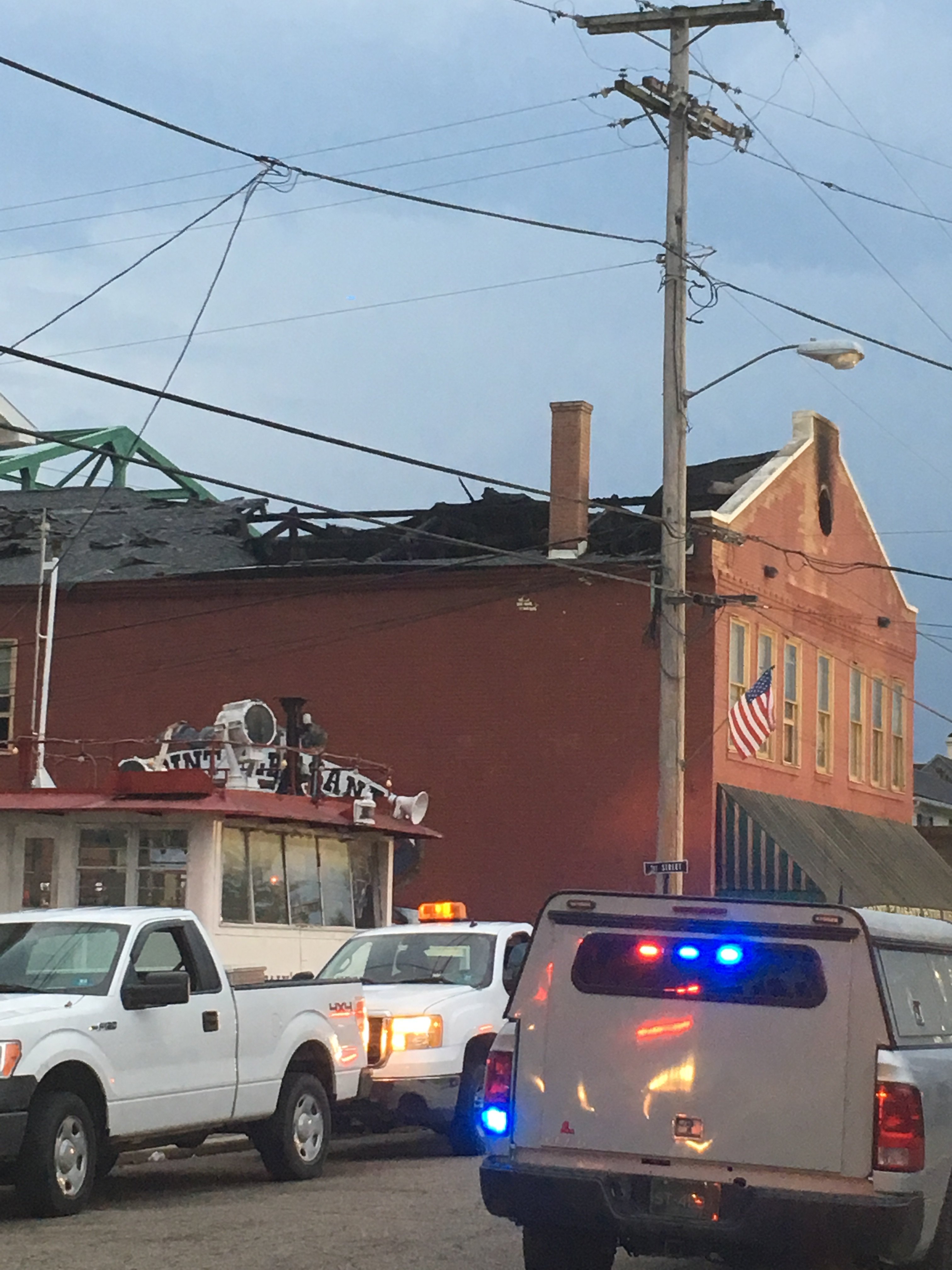 Ever since the building was first occupied in 1854, it was used for the people of the river. Referring to the interview with Jack Fowler, who is the Executive Director, he said that the museum “was the dream to several retired rivermen,” meaning those of the surrounding area of Point Pleasant. After meeting and making a small organization, they appointed Al Biggs as the leader. They got together with the Chamber of Commerce and were awarded a Governor’s Partnership grant of $50,000. Following that, John Musgrave, former Director of the Farmer’s Home Association, gave them a $100,000 grant to start the construction of the River Museum.

At the same time, the Hartley family owned the present-day building of the museum. After hearing the news of the group acquiring the grants, they donated the building to the city specifically for the museum to be placed. The city and rivermen hired a contractor to put on a new roof, concrete floors, and new windows to get a new blank slate to start with. They were then left with around $20,000 for the museum.

The next portion of the project was deciding the name of the museum. The group had a small amount of debate and split up for a short time over it. The mayor of Point Pleasant, at the time, was John Roach and he asked Jack to take over the museum project and begin the reconstruction of the first floor. Jack accepted the job and wrote another grant, which he received from the Federal Highway Transportation Enhancement Fund and started building. From January 2000 to this date, the museum has been a cleanup and rebuild job.

One interesting thing Jack mentioned was that the first architect they hired had built the museum into different rooms, which made no sense to him and has no “museum-type” layout.

Along with improvements, the museum added two towboat pilot house simulators, which come out to be over $300,000 for the both of them. The simulators were used to train pilots on the river boats, as well as give the public an intel on what being a pilot would be like and collecting more income for the museum. Following the fire on July 1, 2018, the simulators are no longer at the museum.

As previously mentioned, the River Museum suffered a fire on July 1, 2018. Thankfully, the attic was the only floor that suffered the effects of the fire, but the basement suffered water damage. Although the ceiling of the second floor did not collapse and the simulators were unaffected, the clean up agency disassembled them for safety. The artifacts are being stored in the River Museum office on 221 Main Street in Point Pleasant, about three blocks from the original location.

The museum is now looking for donations of any kind to help rebuild the museum to its former glory. I respect the amount of hard work and dedication that Jack Fowler, Ruth Fout, and others have put into the museum.

As Jack's favorite Episcopal Priest said "the phoenix will rise," which is what he uses in the River Museum newsletter and as motivation for the museum.