A picture of the front of the Mothman Museum and gift shop, located in Point Pleasant, West Virginia. 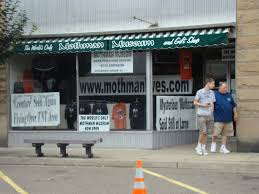 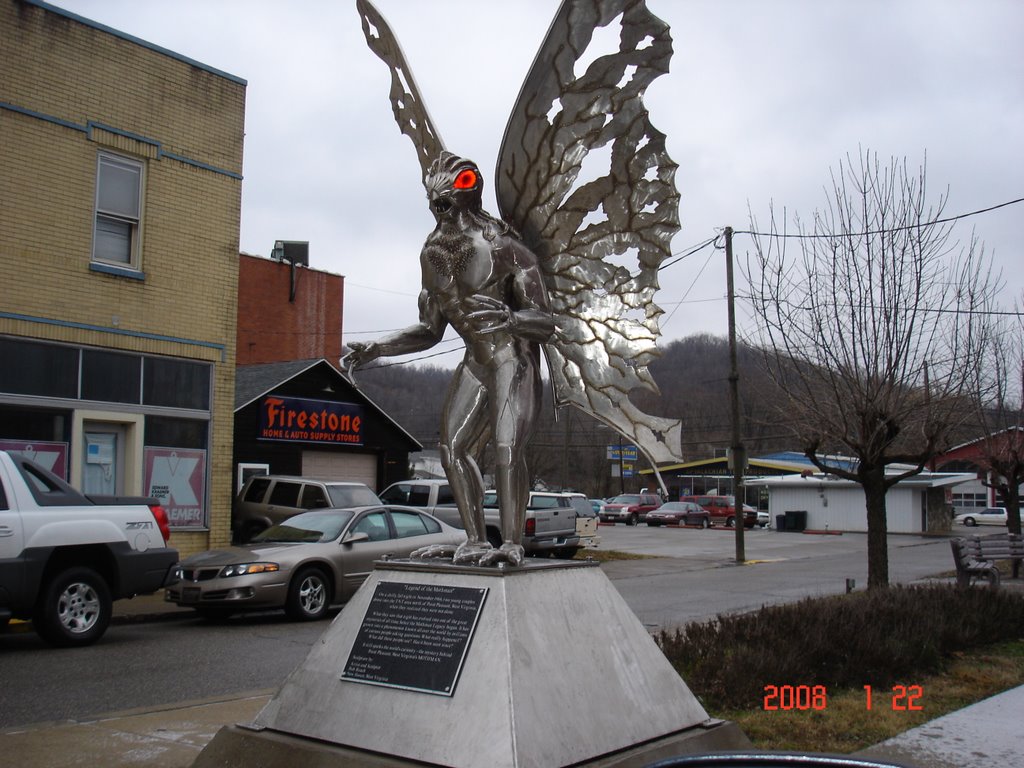 The placard on the statue.

The face of the Mothman statue. 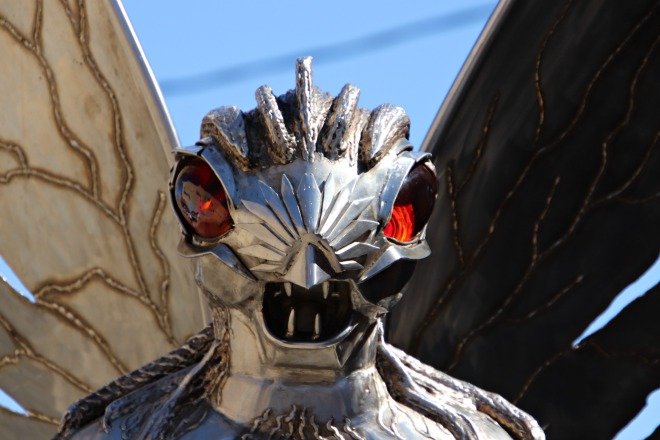 Inside the Mothman Mueseum. 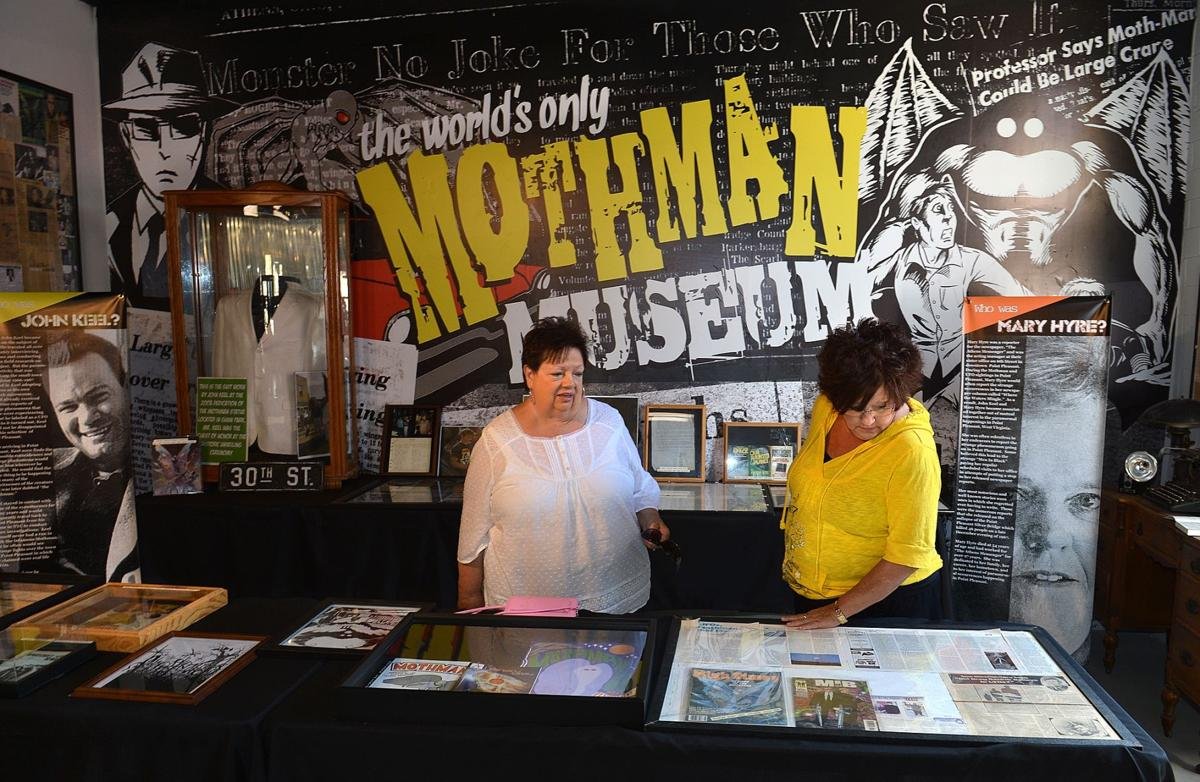 The creature which would come to be known as the “Mothman” was first reported near Point Pleasant on November 15, 1966. On that day, Linda Scarberry and three others claim to have seen the creature near an abandoned ammunition factory used by the United States Government during World War II. Scarberry described the creature as being over seven feet tall with the body of a man, bat-like wings, and piercing red eyes. Over the next year, over 100 locals reported seeing the creature which they named the “Mothman” after a villain featured in a Batman comic book. Some claimed the Mothman was a mutant, spawned from the pollution from the abandoned factory. Others believed that rumors of a mythical beast and the destruction of Silver Bridge were related to a mythical curse allegedly dating back to the death of Chief Cornstalk, a famous Shawnee leader who was killed near Point Pleasant.

Local residents in the 1960s might be surprised to see the way that Mothman is celebrated today, especially as his sitings seemed to correspond with disasters. Claims that events such as car crashes and house fires occurred to those who had seen the monster were widespread. The most infamous disaster attributed to the Mothman was the December 15, 1967 collapse of the Silver Bridge, a bridge that spanned the Ohio River near the town. The collapse killed 46 people and some claimed that the Mothman was sighted on the bridge just prior to its collapse. Interestingly, after the collapse of the bridge, the Mothman sightings stopped. Some claim that the Mothman was living under the bridge and was killed when it fell.

While there are only a few people who believe that the sightings of Mothman were anything but rumors, Mothman has become a nationally recognized piece of local folklore and has become a major tourist attraction. In 1975, John Keel published a book about the Mothman called The Mothman Prophecies. More recently, in 2001, the book was turned into a film. Point pleasant capitalized on the Mothman’s popularity and in 2002, began hosting an annual Mothman Festival. In 2003, a twelve-foot tall stainless steel statue was placed in the center of town and in 2005, the Mothman Museum and Research Center opened.

Inside the museum, you can see the largest collections of memorabilia from the movie "The Mothman Prophecies", in the town where the sightings actually did occur. There is even a signed official letter from Robert F. Kennedy.

Zimmerman, Fritz. The Murder and Curse of the Shawnee Chief Cornstalk. Blood on the Ohio. December 05, 2016. Accessed December 09, 2018. https://bloodontheohiotalesoffrontierterror.blogspot.com/2016/12/the-murder-and-curse-of-shawnee-chief.html.