The California State Capitol Museum interprets the history California, the city of Sacramento, and the State Legislature. Housed in the historic Capitol building, the Museum includes two exhibit galleries and restored offices of the Governor, Secretary of State, and Treasurer, along with a tour office that offers guided or self-guided tours, a theater that screens an introductory film, and a gift shop. Visitors can explore museum exhibits along with art, architecture, and legislative proceedings throughout the Capitol building and the memorials and monuments in Capitol Park. 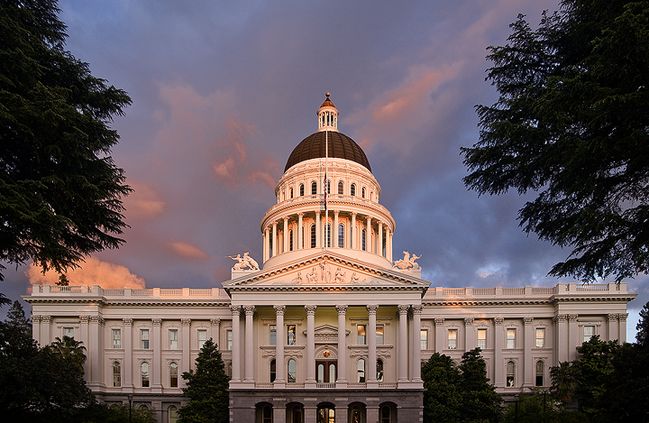 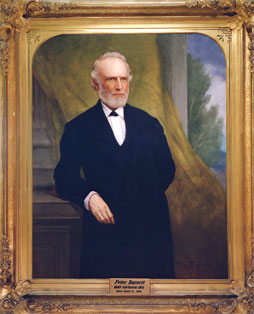 The California State Capitol Museum is housed inside the historic Capitol building, which is designed in the neoclassical style with large columns and a dome. Wikimedia, Steven Pavlov. 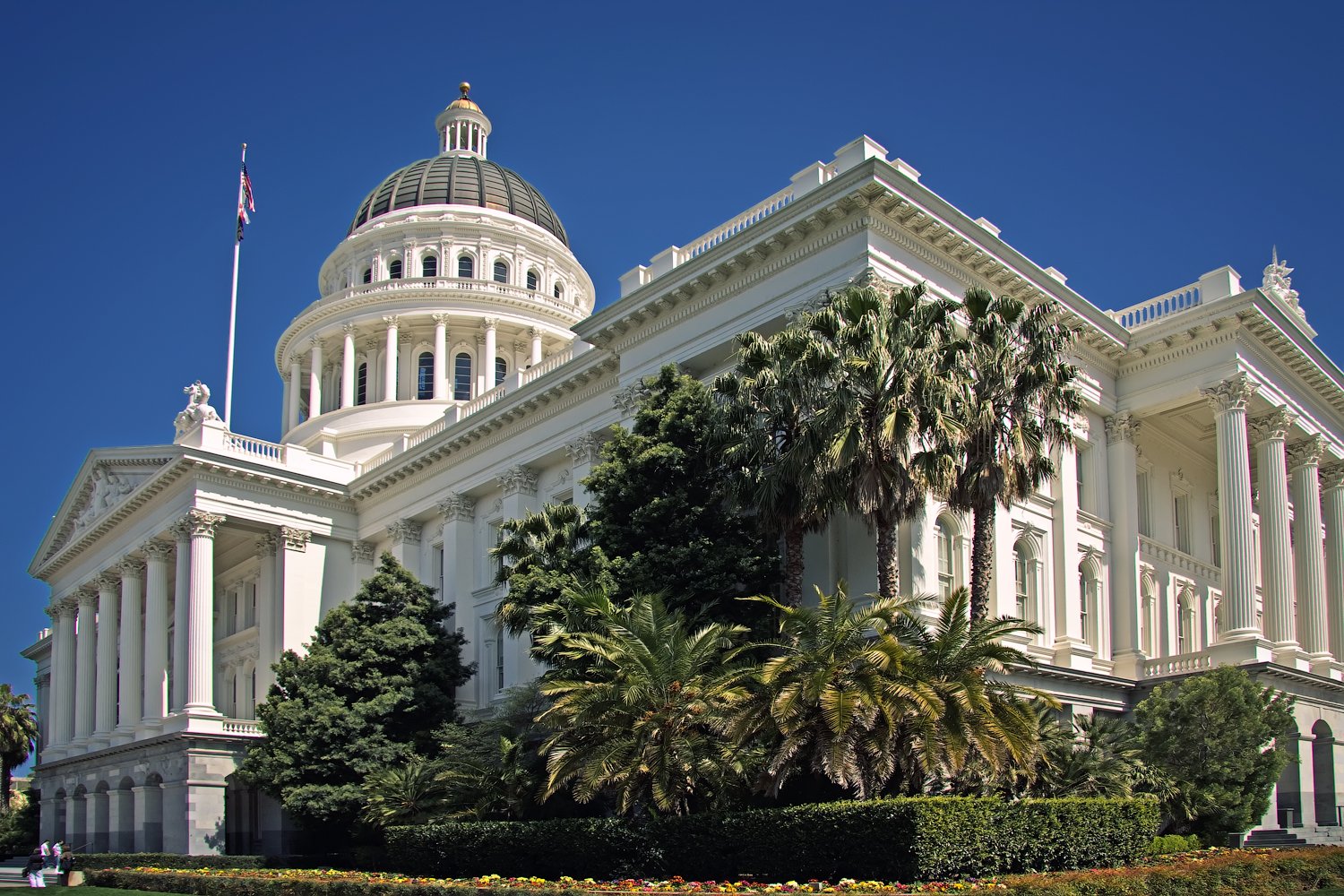 A number of historic rooms were set aside as museum exhibits during the Capitol's restoration in the 1970s and 80s. The California Secretary of State's office, for example, was restored to look as it did in 1902. Wikimedia. 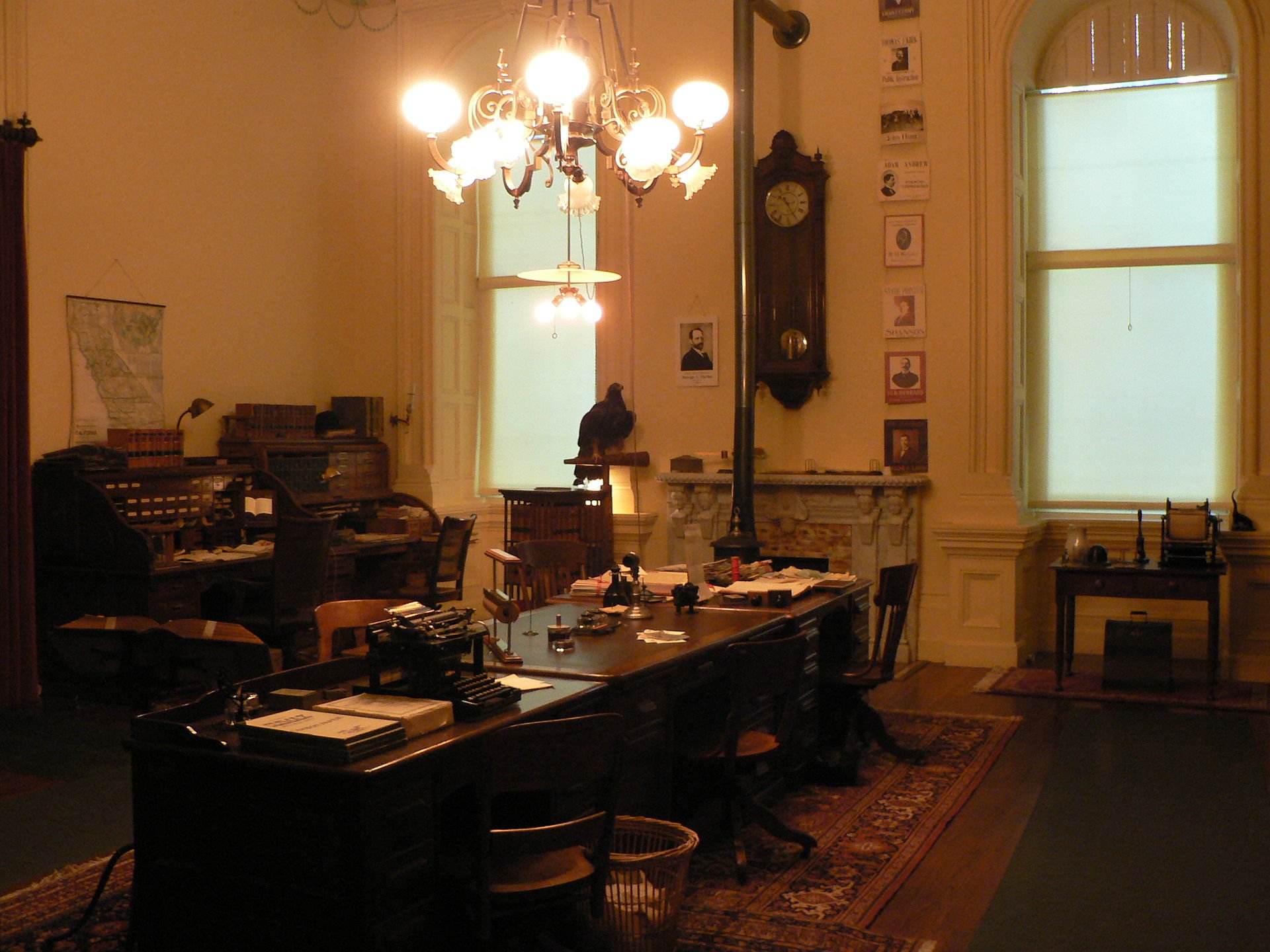 The Capitol Museum is housed in the California State Capitol building, considered “the West's first great architectural monument.”1 This grand neoclassical structure was constructed between 1860 and 1974, signifying that California’s state capital would be, after years of debate, permanently housed in Sacramento. The state library and courts were moved to a new building in 1928, while the original Capitol building expanded in the mid-twentieth century to accommodate new offices. In the 1970s and 80s, the Capitol underwent what was then the “largest restoration ever completed in North America” to breathe life back into the deteriorating structure and ensure it would not collapse in an earthquake.2

During the restoration, multiple rooms were set aside to interpret the State Legislature’s history to the public. Today, these rooms comprise the main exhibitions of the Capitol Museum. The offices of the Governor, Secretary of State, and Treasurer were specially restored to appear like time capsules, so that visitors could get a sense of what past state governance looked like. Two exhibit galleries were created to share the history of California, the city of Sacramento, and the State Legislature. The Capitol basement houses the Museum’s tour office, a theater, and gift shop. Special events throughout the year also exhibit part of the Museum’s collection of historic flags, which are fragile and require special care.

The Capitol building itself also displays impressive art collections that evoke the history of California, including paintings, murals, sculptures, furniture, stained glass, mosaics, and tiling. The Capitol rotunda displays two murals painted in 1914-1915 by Arthur Mathews, who depicted scenes from California history such as the Mission Period, the Gold Rush, and Commodore Sloat entering Monterey Bay. Paintings depicting California’s beautiful landscapes, seascapes, and scenes of daily life are exhibited throughout the building. The Capitol’s west wing exhibits paintings from 1870 to 1910 along with the governors’ portraits, while the East Annex exhibits work from 1920 to 1950 and three large murals created by the Works Progress Administration in the 1930s. Leadership offices and conference rooms exhibit works of some of California’s most lauded artists, including Thomas Hill, William Keith, Raymond Dabb Yelland, and Edwin Deakin. The Capitol began actively collecting contemporary art in 1997 to show “that contemporary art is alive and well in California.”3 To capture the breadth of talent across the state, Senators select an artist to represent their district every other year.

California’s past is also on display outdoors in Capitol Park, where 150 memorials, monuments, and other points of interest stand among the beautiful Victorian landscaping. The 40 acre park was established in 1860, the same year construction began on the Capitol building. The first memorial was dedicated in 1897 and consisted of saplings from more than 40 Civil War battlefields and sites, which set a precedent to establish “living memorials” at the Park. This tradition continues with the World Peace Garden, the rose bushes of the September 11 Memorial, and dozens of trees and gardens cultivated in honor of notable figures and moments in history. Works of art and architecture are nestled among the flora, honoring fallen soldiers and veterans of numerous wars, firefighters, and civil servants.

Together, the California State Capitol, the Museum, and Capitol Park share the state’s history with the public.