The Embassy Gulf Service Station was designed in 1936 by Gulf Oil Corporation architect P.L.R. Hogner. It is notable as an example of 1930s gas station architecture and symbolizes the rise of automobile culture in the United States. Because of its location next to a National Park Service jurisdiction, the Commission on Fine Arts, the Park Service, and the National Capital Park and Planning Commission all reviewed the design of the building. Located near Dupont Circle, the Embassy Gulf Service Station gets its name from the nearby area, known as Embassy Row. The station framed itself as a public service, with its classical architecture emphasizing its connection to civic life. 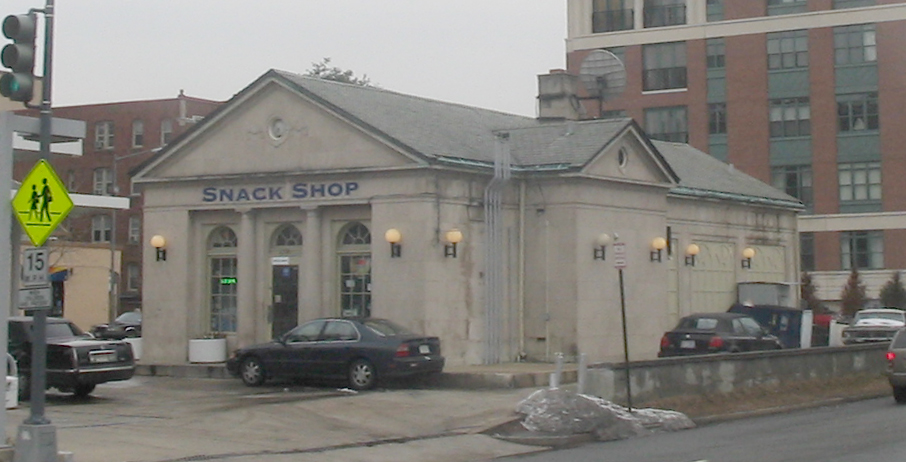 Another view of the service station. Image by AgnosticPreachersKid (CC BY-SA 3.0) 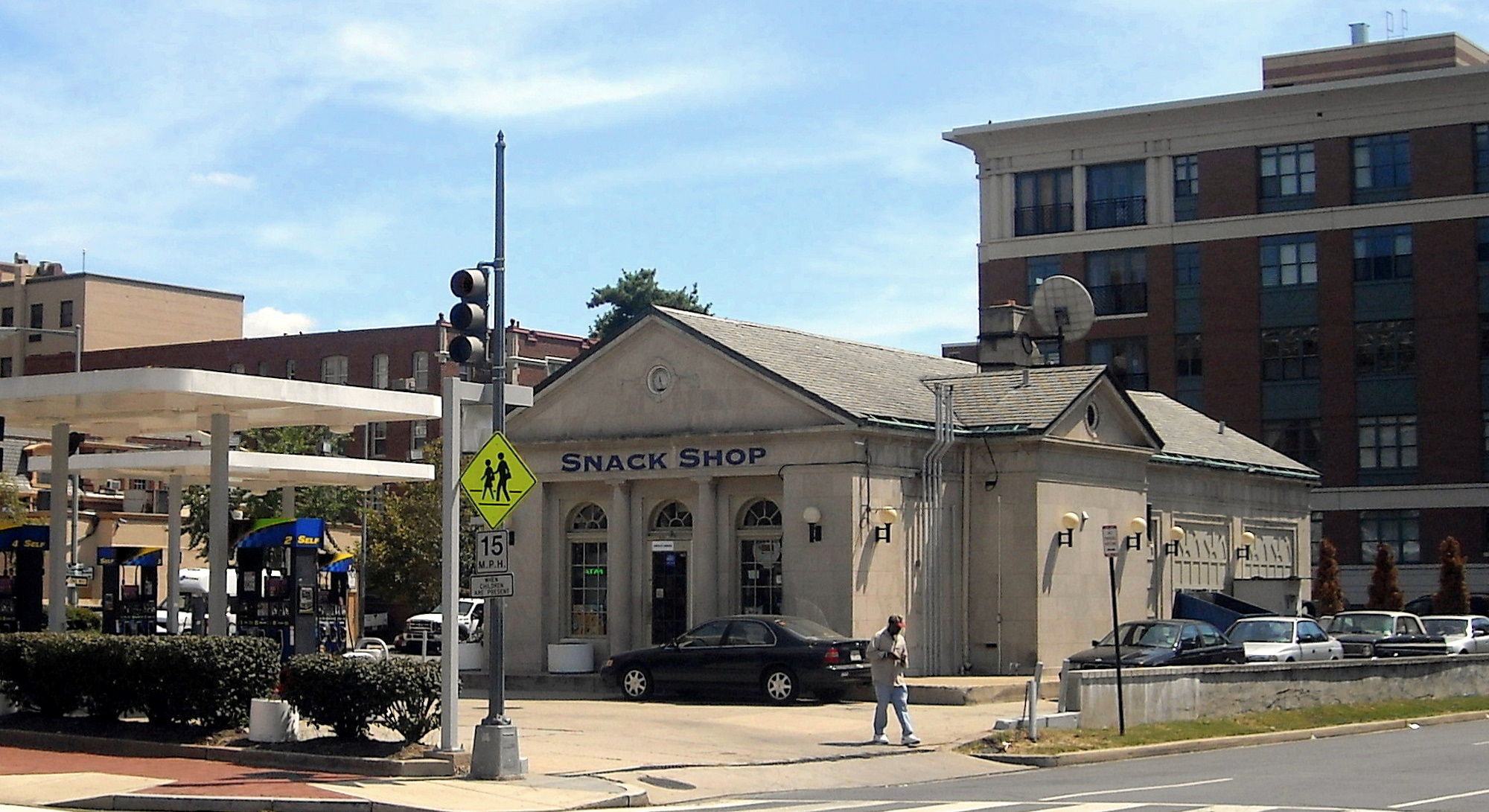 By 1933, there were more than 170,000 gas stations doing business in the United States. In 1937, the Gulf Oil Corporation alone ran 60 service stations in Washington, D.C. The Embassy Gulf Service Station one such station, located near Dupont Circle and Embassy Row. Built in 1937, the building was designed as part of an effort, commissioned by Gulf Oil, to provide aesthetically-appealing service stations that complimented their surroundings. The motivation behind these artistic gas stations was to develop a corporate image through architecture.

The Neo-classical, one-story structure is in the freestanding temple form. It features a gable roof, limestone facades, Tuscan columnns, and fan transoms. Harvard-educated architect P.L.R. Hogner incorporated design elements and materials that were more commonly associated with a bank or library than an automobile service station. The final design was modified slightly by the Commission of Fine Arts, the National Park Service, and the National Capital Park and Planning Commission.

The Embassy Gulf Service Station is noteworthy as an example of 1930s gas station architecture. The structure symbolizes the early history of automobile culture in the U.S., and the rise of its associated industries. Though Gulf Oil is no longer extant, the station is known by its historical name and still used for its original purpose as a repair shop. It is now owned by Sunoco and is open during regular business hours. The station was added to the National Register of Historic Places on September 30, 1993.