The new Ebner Hotel, its exterior rebuilt in 2010 to perfectly mimic the original appearance, now houses chic office spaces--an apt reminder of the desire for historic connections in modern spaces. 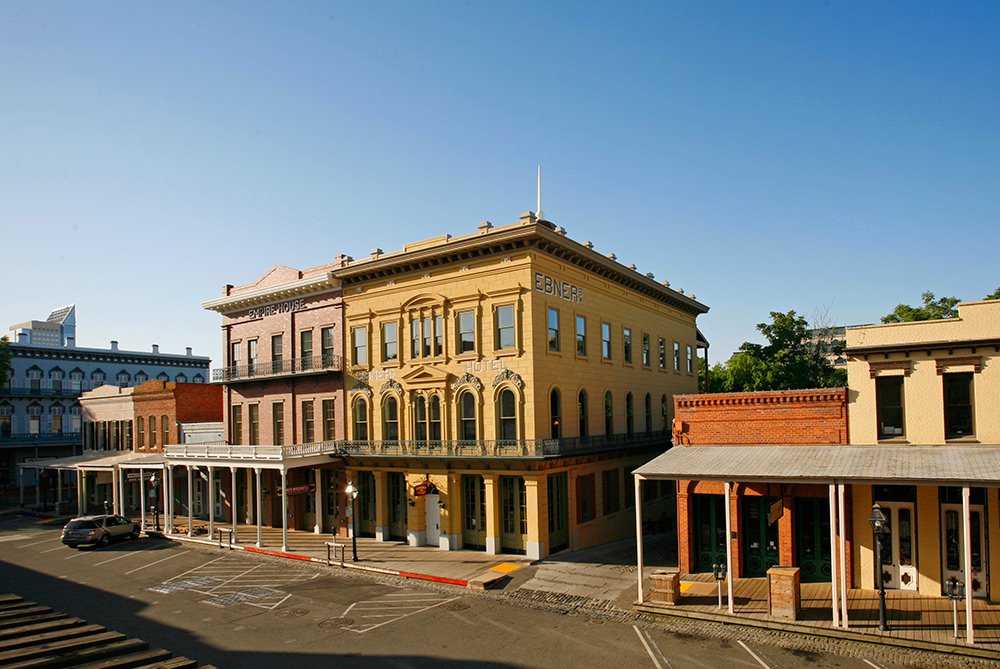 The Ebner experienced a steady decline in the late 1800s and well into the 20th century. This 1960 photograph does little to recall the hotel's 1850s grandeur. 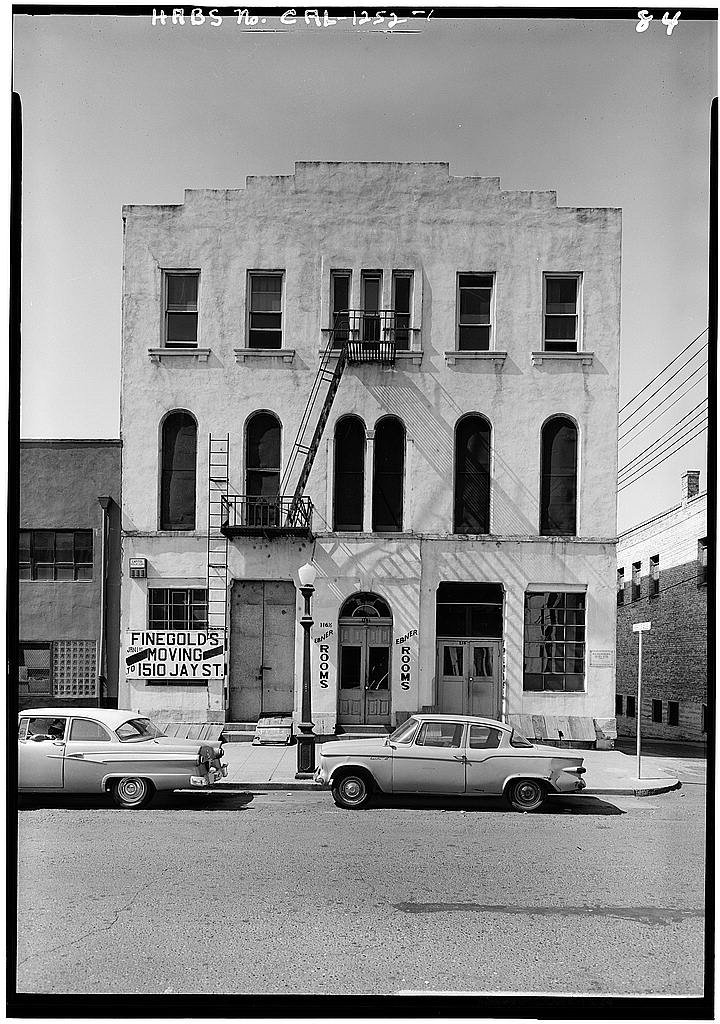 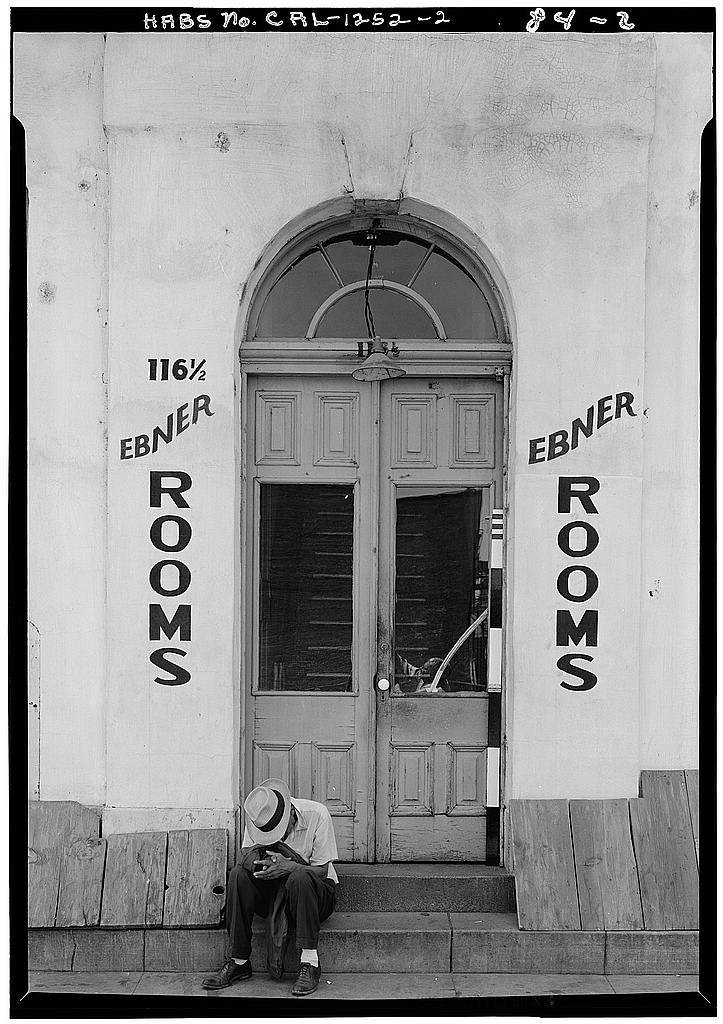 An October 1862 advertisement in the Sacramento Daily Union, only six years after the hotel's opening, trumpets the quality of lodgings. Charles Ebner died only six years later, in February 1868. 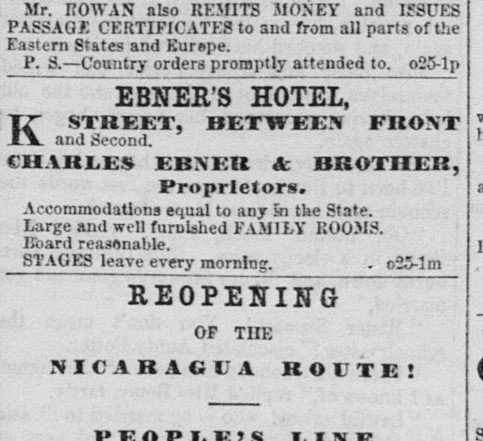 An 1893 Sacramento Daily Union article details a heist in which thieves blew open the Ebner Hotel safe with gunpowder and absconded with several valuables. 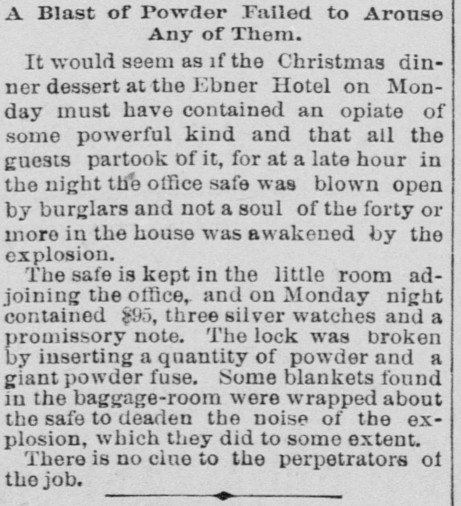 By the early 1900s, much of the Ebner Hotel's revenue was actually due to the sale of liquor--as evidenced by this newspaper advertisement. The hotel's fortunes plunged again when Prohibition outlawed alcohol in the 1920s.

The front of Charles Dietrich's business card, proprietor of the Ebner Hotel in 1890, which also advertises the hotel's close proximity to steamboat and rail connections (Sacramento Public Library). 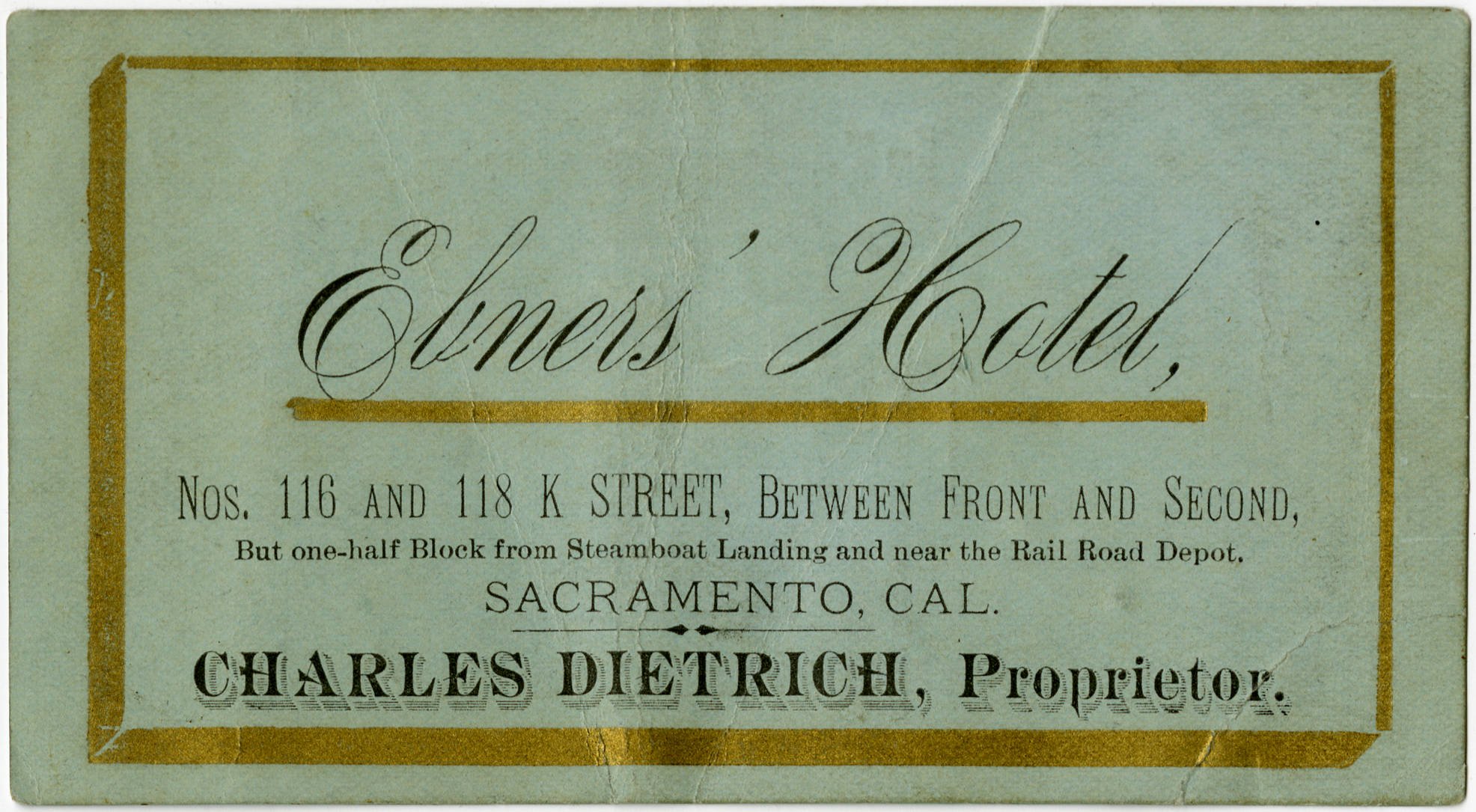 The back of Dietrich's business card doubled as an advertisement for the hotel itself, providing travelers with essential information about the lodgings (Sacramento Public Library). 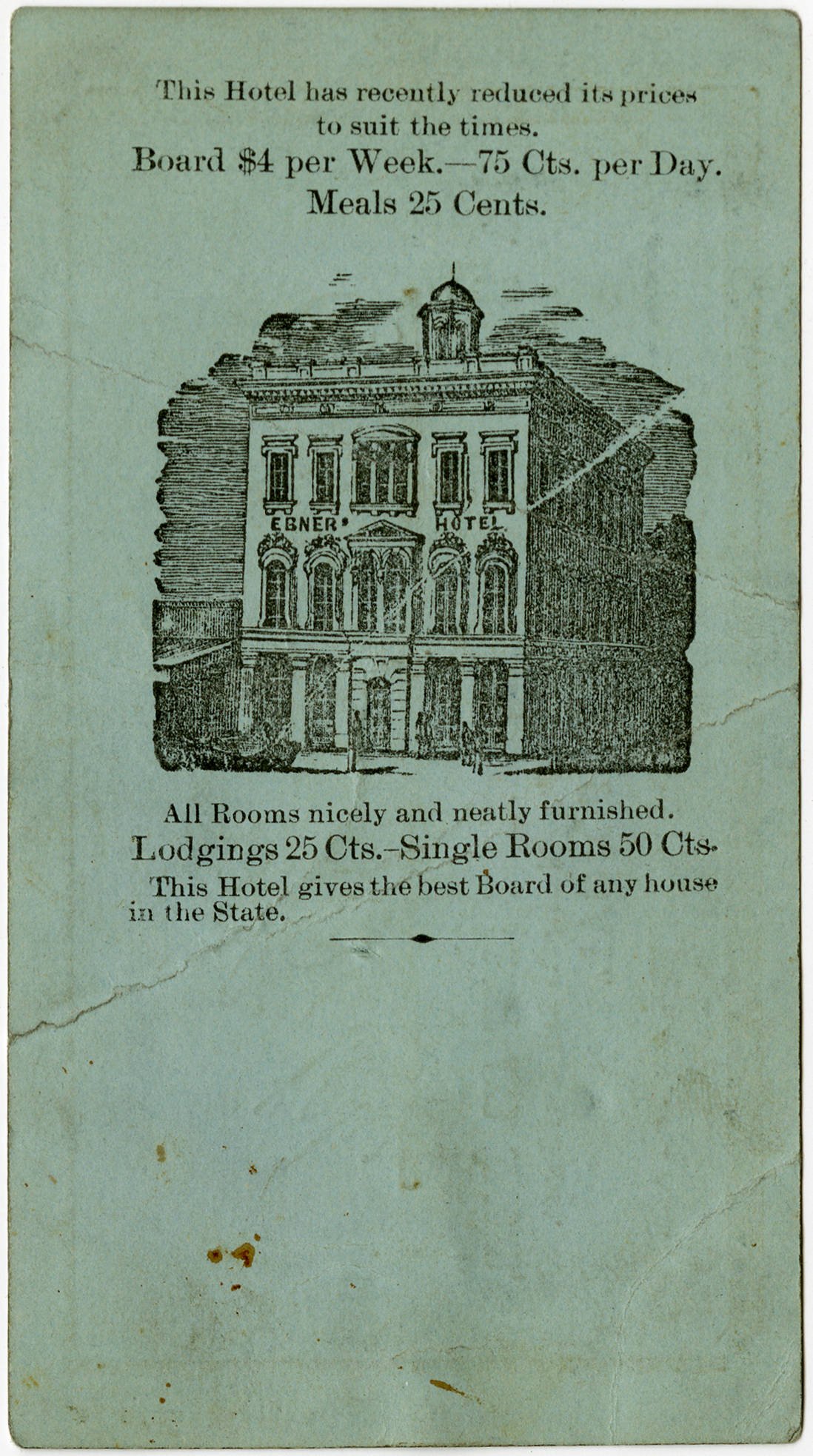 When Sacramento was still a new city and experiencing a gold-fueled boom, brothers Charles and Frank Ebner built a hotel in the city center, near the Sacramento River. Ebner's Hotel was a 36-room property and considered luxurious by the standards of the mid-1800s. The city was just emerging from a disastrous several-year cycle of floods and fires, and Ebner's Hotel was part of the new wave of construction symbolizing Sacramento's rebirth as capitol of the newly-minted State of Californa. Another portion of the hotel's fame was due to the fact that John Sutter, a friend of the Ebners and upon whose land gold had first been discovered, reportedly stayed at the property.

The brothers continued to run the hotel until 1863, when they began to focus more on selling liquor. The hotel continued to be a successful and respected business until the neighborhood began to change in the 1870s with the arrival of the railroad. The neighborhood declined and Ebner's developed a seedy reputation, as evidenced by a rash of newspaper articles detailing various thefts at the hotel in the 1890s--including a heist where thieves blew open the hotel safe with gunpowder in 1893.

By the twenty-first century, much of Old Sacramento had been restored and rehabilitated. Ebner's was one of the few original buildings left in the area that had not been restored, and after sitting empty for decades, it was in an advanced state of disrepair. Though there was interest in saving the building, it was deemed structurally unsound and the city of Sacramento found that it cost less to demolish the building and construct a replica than to stabilize and restore the original.

The building was demolished in 2003. In 2010, construction was completed on a replica of the hotel, along with the adjacent Empire House. The interior will now house office and retail space, rather than guestrooms, but the exterior was rebuilt to match the original as closely as possible.